A new rumor has emerged that elaborates on how Lucasfilm will remove the Disney Sequel trilogy that began with The Force Awakens.

A new rumor has emerged that elaborates on how Lucasfilm will remove the Disney Sequel trilogy that began with The Force Awakens.

A previous rumor from YouTuber Doomcock detailed that there was a plan inside Lucasfilm to use The Veil of the Force to sideline the Disney Sequel trilogy.

As Doomcock explained, The Veil of the Force was a concept introduced in Star Wars Rebels’  Season 4 Episode 13 titled “A World Between Worlds.”

In that episode Ezra Bridger enters A World Between Worlds through a painting of the Mortis gods that was originally located on the exterior of the Jedi Temple of Lothal.

Bridger enters this A World Between Worlds and discovers it’s a place that allows him to access numerous points in time and space throughout Star Wars history. In fact, he uses it to rescue Ahsoka Tano from death from Darth Vader.

The official Star Wars website explains, “Inside, he found doorways between time and space, and saved his friend Ahsoka Tano from death at the hands of Darth Vader.”

It’s this A World Between Worlds that would allow Lucasfilm to sideline the Disney Sequel Trilogy and treat it as an alternate timeline.

As for how this could happen, Doomcock would elaborate in a separate video.

He  indicated that J.J. Abrams’ The Rise of Skywalker hinted at The Veil of The Force during the scene that introduces Dark Rey.

It’s in this scene that Rey discovers a secret room that Doomcock describes as the Room of Mirrors on the second Death Star. It’s this Room of Mirrors that allowed Sidious to access The Veil of the Force.

Not only is there a Room of Mirrors on the Death Star, where Dark Rey came from, but Doomcock also asserts that there is a similar room on Exegol as well.

In order to remove the Disney Sequel trilogy from existence, Doomcock asserts that Disney will have another character enter The Veil of the Force and ensure that Palpatine is unable to escape the destruction of the second Death Star through the Room of Mirrors or he is prevented from returning to Exegol if he makes it into The Veil.

Related: Oscar Isaac Implies He’s Done With Star Wars Unless He Needs “Another House Or Something”

Now, another rumor, this one from Midnight’s Edge, details that the George Lucas faction within Lucasfilm “devised a number of ways in which the whole sequel trilogy could be removed from canon using established canon.”

Andre from Midnight’s Edge explains, “On their own accord snuck Easter Eggs into the movie setting up the mechanisms to one day possibly undoing the entire trilogy. They did this by designing these Easter eggs into the sets and background. And they did it right under the noses of director J.J. Abrams and producer Kathleen Kennedy, neither of whom had any clue about it.”

He continues, “Of these mechanisms The Veil of the Force is the preferred and most logical option, but there are others too.”

While Andre details that the George Lucas faction placed these Easter Eggs, he notes, “From what we can gather there was and still is no sanctioned plan within Disney to all-out remove from the Sequel trilogy from canon.” 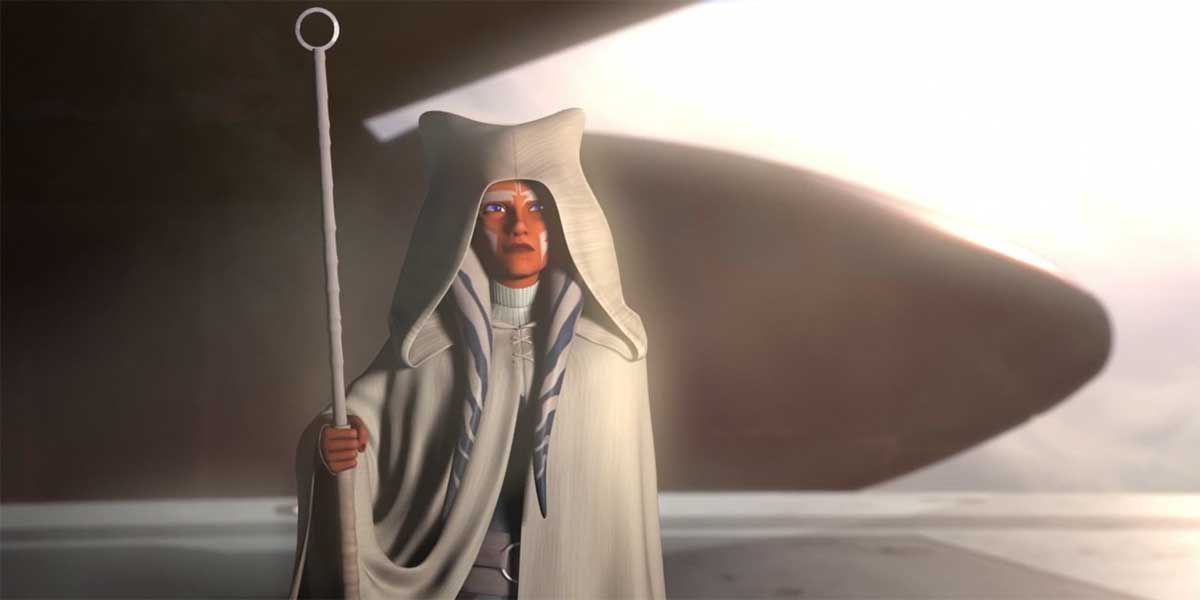 However, he does indicate there might have been a decision made to render the sequel trilogy moot. He details, “What I also hear that while officially and formally all out striking the Sequel Trilogy from canon may be a long shot, the decision to effectively render it moot may already have been decided higher up in the food chain.”

He elaborates, “Allegedly, the higher-ups have examined the numbers and reportedly don’t feel the sequel trilogy provided the necessary foundation to build anything more upon. Because of that we are unlikely to be seeing any stories taking place in the aftermath of Rise of Skywalker anytime soon.”

“What I’m hearing is that instead it has been pretty much decided that it is the time frame between Return of the Jedi and The Force Awakens that will be the focal point of the storytelling going forward,” he adds.

Andre then explains, “Within this time frame, there will be an interconnected universe of live-action and animated TV shows and possibly movies, although those are more likely to take place in other eras, but still prior to the time frame of The Force Awakens.”

“It may not be formally and officially removed from canon just yet, but it might as well have been because while it retains its place in canon for now, it will reportedly be treated as if it never existed. And from the chronological perspective of where they are going it still lies in the future,” Andre elaborates.

Andre then relays a rumor he heard about what Star Wars could look like if the Sequel trilogy was removed from canon.

“If this new direction is a hit with the audience, they might then continue down a path diverging more and more from The Force Awakens. And introduce The Veil of the Force and the multiverse of Star Wars in animation,” he continues.

Related: New Rumor Provides Details On Leslye Headland’s Female-Centric Star Wars Series And How It Connects To The Mandalorian

He adds, “Then if the stars align move into the territory covered by the Sequel Trilogy, possibly still in animation, but do it differently that way the Sequel trilogy as it stands would slowly, and gradually have been relegated to another timeline in The Veil of the Force and thus have been removed from canon. Leaving Disney free to move beyond that era.”

What do you make of this latest rumor regarding removing the Disney Sequel trilogy from canon? Do you think Lucasfilm will enact this alleged plan?