Kamaru Usman took some heat online for how he worked his way to a win over Jorge Masvidal, and the champ fired back at his critics afterward.

Kamaru Usman may have recorded a clear-cut victory over Jorge Masvidal at UFC 251, but not everyone was happy with how he did so. Well, after his pivotal win, the welterweight champ had some interesting feedback for his critics. 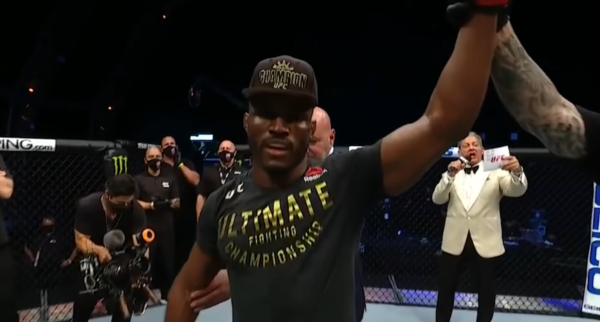 Well, predictably, some fans and fighters expressed their disapproval with Usman’s approach via social media. During the post-fight presser, Usman was asked to respond to the criticisms, and he had an interesting proposal (quotes via MMA Junkie).

It’s also worth noting that by the end of the fight, Usman had outstruck Masvidal by a 263 to 88 margin.