Gilbert Burns: Jorge Masvidal Will “Make a Mess” at WW if he Wins Title

Jorge Masvidal has to get by Kamaru Usman first, but if he does, Gilbert Burns is predicting the welterweight division is going to get "crazy", real quick.

Jorge Masvidal isn’t holding the UFC’s welterweight title yet. But, Gilbert Burns believes that if  ‘Gamebred’ ends Kamaru Usman’s reign at UFC 251, he’s going to turn the title shot picture into a “circus”. 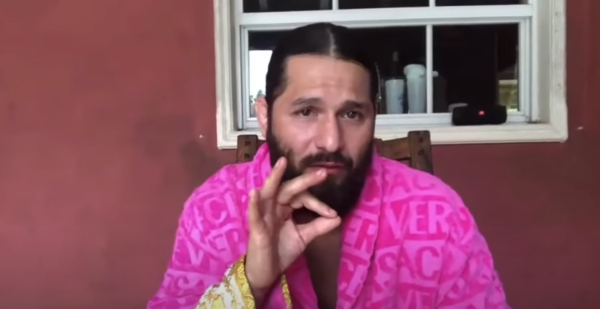 Burns says Masvidal will make a “mess” at 170 pounds

As you’ve almost certainly heard by now, Masvidal, and not Burns, is going to challenge Usman on Saturday night. After Burns was forced to withdraw from the main event, on account of testing positive for COVID-19, Masvidal agreed to step up.

Well, since then, Burns spoke with ESPN. The way ‘Durinho’ sees it, if Masvidal secures the welterweight crown, title shots aren’t going to be handed out meritocratically (quote via MMA Junkie).

“If Masvidal wins, things are gonna get crazy. We’re gonna get a circus in that division,” Burns said. “I think he’s gonna fight Conor or Nate Diaz.

I don’t think the division will run correctly like No. 1, No. 2 guys fighting for the title. He’s gonna make a mess. That’s why I want Kamaru to win, too, and I think I’ll be next.

If Masvidal wins it’s gonna be a mess in that division. Things are gonna get crazy.”

After reaching a deal with the UFC to facilitate his title shot, Masvidal spoke with ESPN’s Ariel Helwani. During the interview, he did talk about fighting Nate Diaz and Stephen Thompson again, if he wins the belt.

Diaz isn’t ranked in the top 10 of the UFC’s welterweight ranks, and he hasn’t fought since he lost via doctor stoppage to Masvidal. Thompson is sitting in the #6 ranking, but he’s lost three of his last five fights.

Now, there’s certainly a chance the UFC might insist that Masvidal defend the belt against, say, Colby Covington or another top welterweight.

Let’s face it, it’s also possible that they would tap Conor McGregor for a title shot as well.

At the end of the day, however, Burns doesn’t see Masvidal winning the title on Saturday. Especially since Masvidal hasn’t had a full camp to prepare.

“I think it’ll be a hard fight for Masvidal,” Burns said. “Especially we know his lifestyle here in Florida. They might make it up for the TV, for you guys, but we know.

He goes crazy. He doesn’t eat good – he was just on the Brazilian barbecue, making a post the other day, and his shape doesn’t lie.

The first picture that I saw, he’s getting tested, he’s got skinny arms and a big belly, so I don’t think he’ll be in good shape.

“I think if both had a big training camp, I think the fight would be different. I think Masvidal is very dangerous. But as of right now, the way I see it, it’s Kamaru. Go out there, take him down and smash him – make sure he gets very tired, beat him up for two, three rounds, stay in his face.

If Masvidal can score a win, it will be one of the year’s top stories, without question.