It’s time for our Extreme Rules In A Nutshell folks! Looking at the PPV calendar, this one is all about setting up for SummerSlam [1].

Sure, this is dubbed “The Horror Show”, which is a bit odd, but let’s go with it.

Oh, sure, WWE might not exactly frame it as such. However, it’s the last show before the next to last of WWE’s big four shows of the year.

As such, this PPV is a good point to really start setting up things for a SummerSlam payoff. [2] And it is easy to imagine at least some of these matches setting up bigger clashes in a month.

We have New Day defending the tag belts in a tables match. Asuka looks to fend off the challenge of The Legit Boss [3].

Braun Strowman goes back to the Wyatt Swamp in a bizarre, yet non-title, match. Dolph Ziggler also takes a shot at Drew McIntyre and his RAW Championship.

Plenty of those can lead us to some even bigger matches, so I do expect this one to be setting up for SummerSlam.

So, let’s take in the Horror Show.

Tables matches are a wonderful thing, and the tag title match at Extreme Rules was no exception. 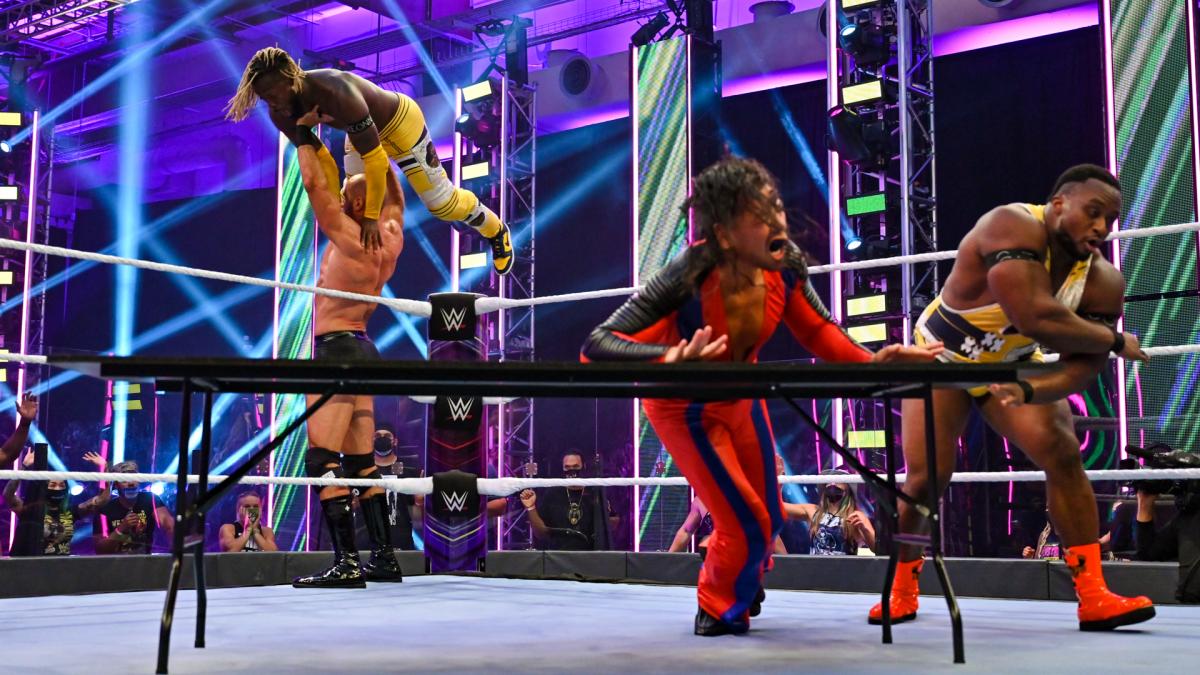 What pains me is that this match opened the show. Meaning it was kind of all downhill from the start.

OK, in fairness some of the rest of the card wasn’t too bad. Asuka and Sasha was largely good, outside of the ending.

But, in the end, the tables match was the match of the night. 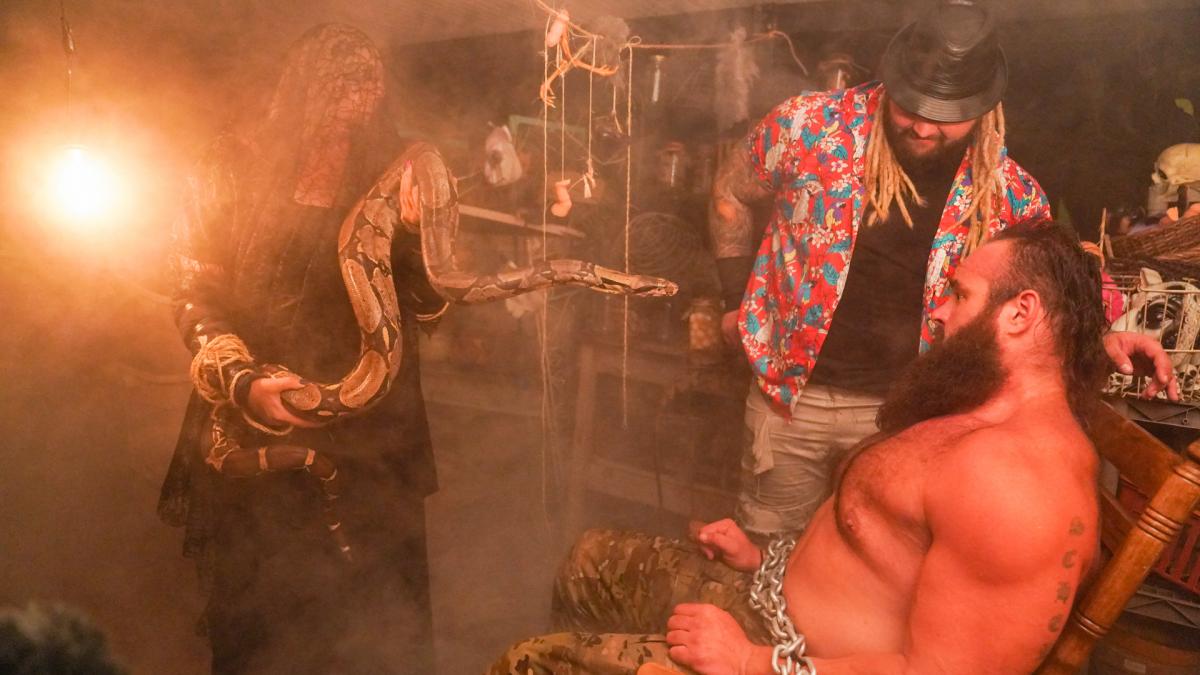 I think, for this one, we can all agree.

It was bad. Scanning social media, it was easier to find folks hating the match than liking it.

I gave the match of the night to the tag title opening match.

Some would have suggested that the RAW Women’s Championship match deserved it. In fairness, I did give it a nod, so it wasn’t far off.
To make things better, I can slot those women in as the stars of the evening, as other fans had felt they deserved. 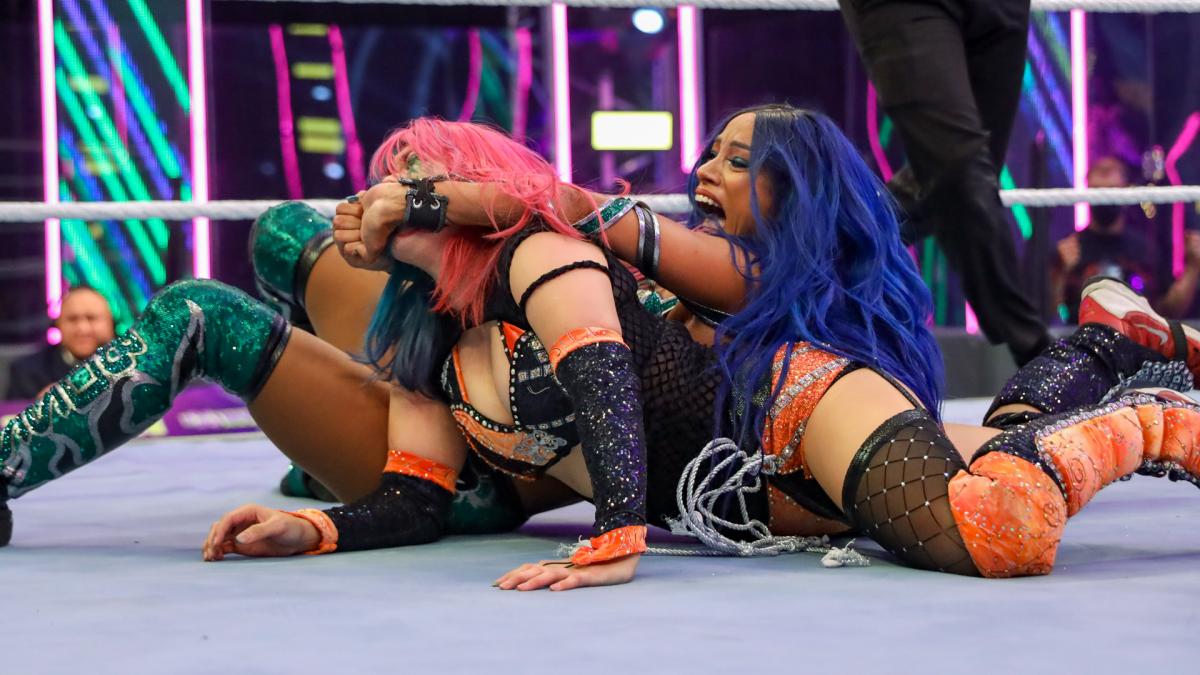 Bayley, Sasha and Asuka are without a single doubt the best things in WWE right now. Even with that goofball ending, I loved them on Extreme rules.

How about Cesaro putting Kofi through two tables to secure the SmackDown Tag Team Championships? 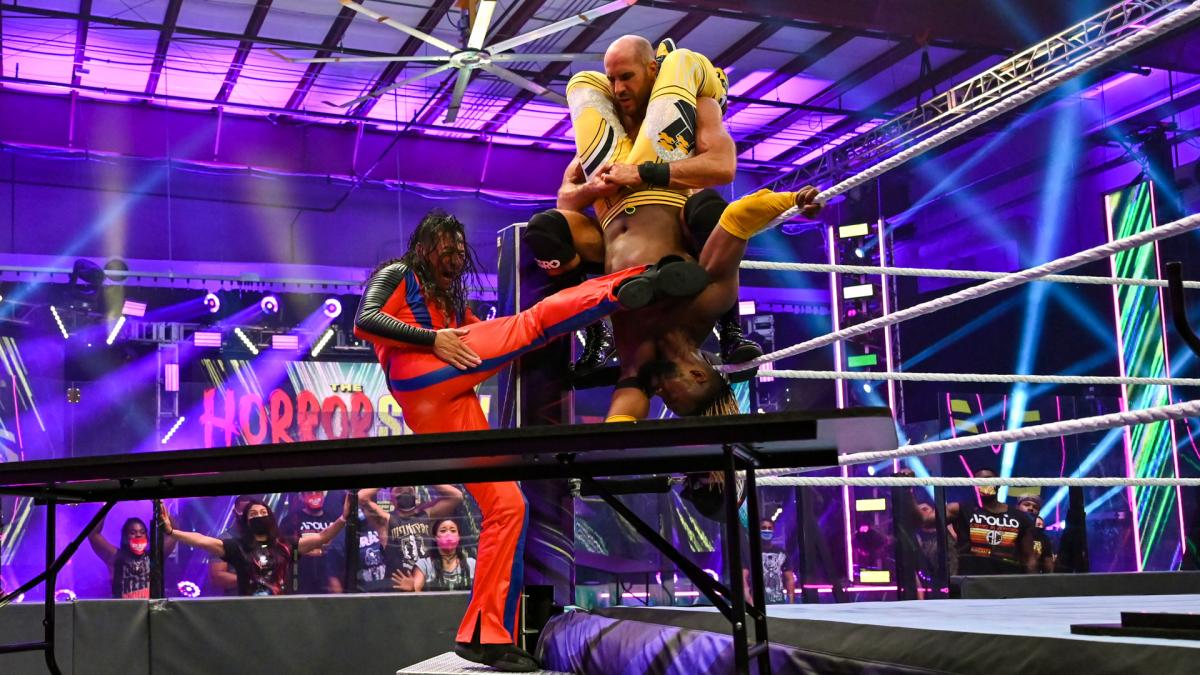 Not sure there really was one.

That ending, that ended up costing Asuka her RAW Women’s Championship. Or did it? 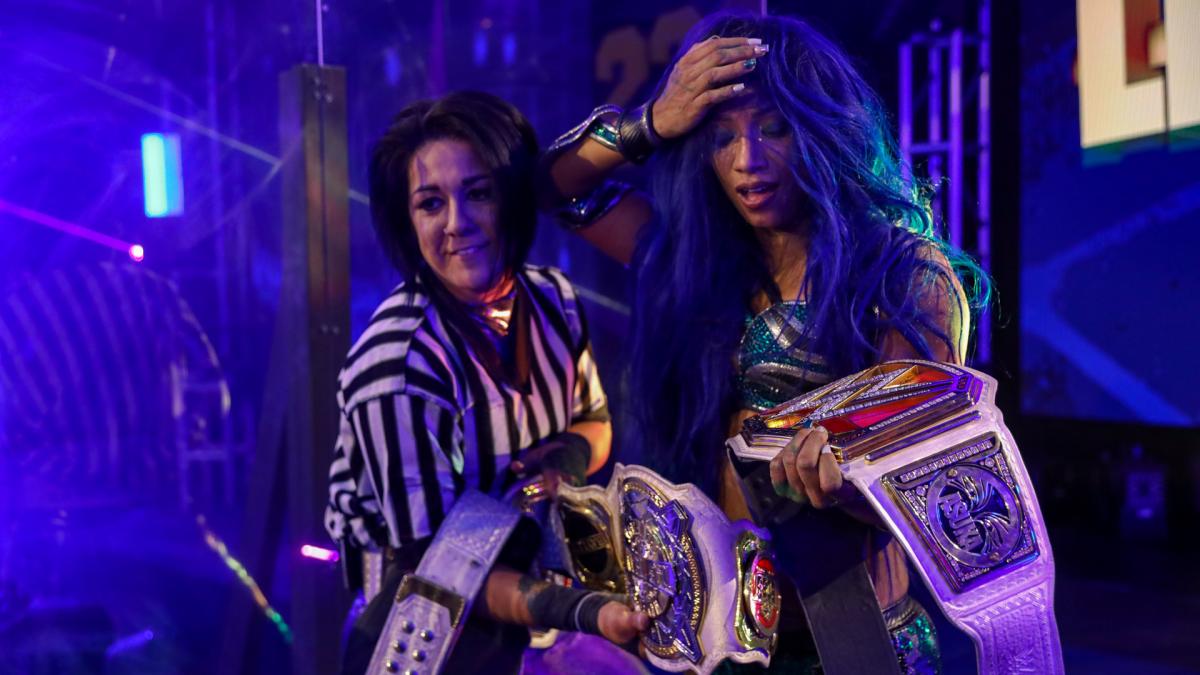 Also, leading up to the show, hearing “eye for an eye match”, it didn’t sink in I guess.

“To win, you must remove your opponent’s eye”. Yeah, no thanks, I’m good. 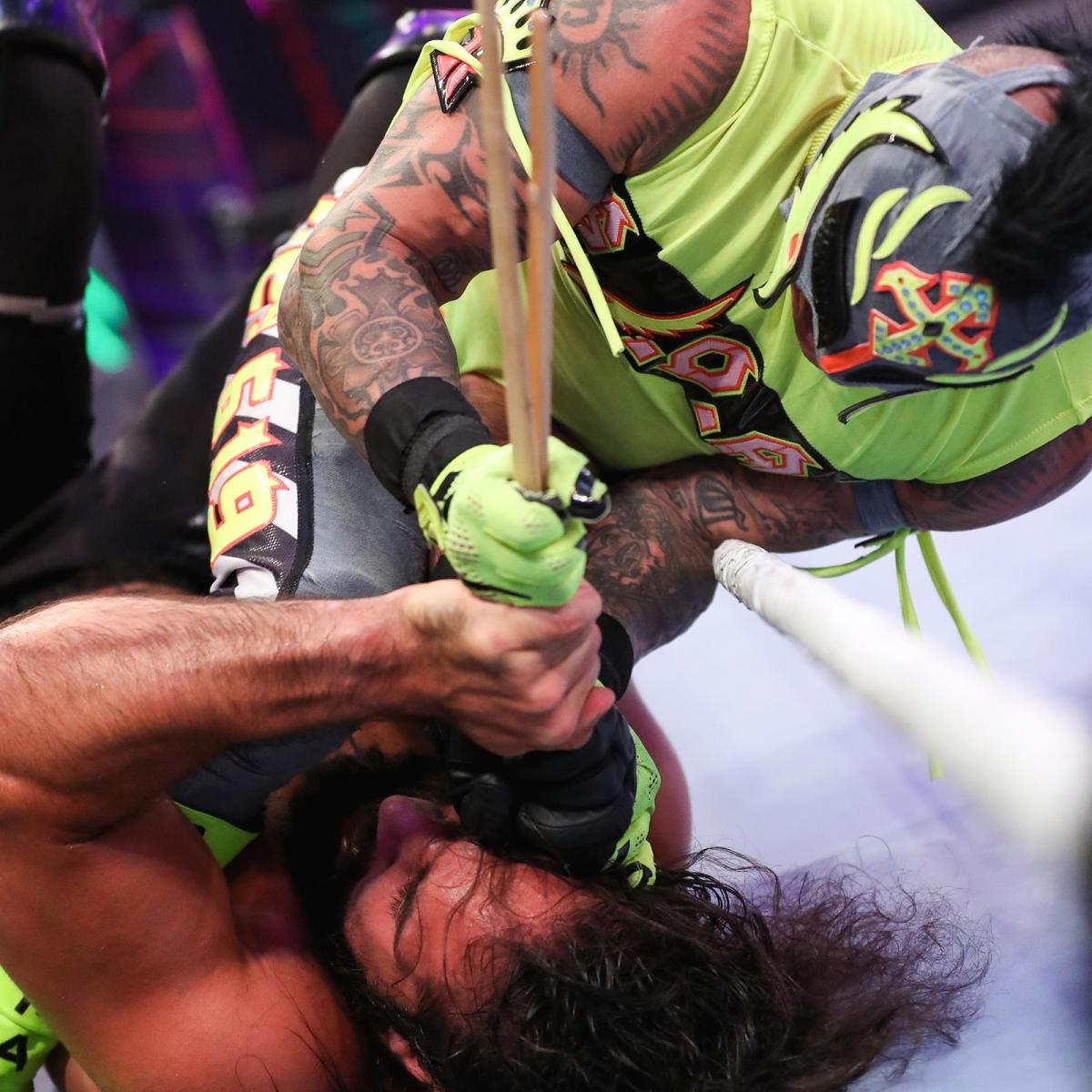 OK, probably not a botch, but a horrible line.

Cole, during the tables match, as the teams retrieved more tables…

“Just how many tables do they need?”

Just seemed like a stupid line to utter during a tables match.

Kairi Sane, as part of the group pumping up Nikki Cross, with the best comment:

No matter what, if you lose, we are still your friends.

Yep, that made me laugh.

Also, Bray Wyatt taking a shot at SmackDown’s stupid karaoke angle from a couple weeks ago during the Funhouse was good. 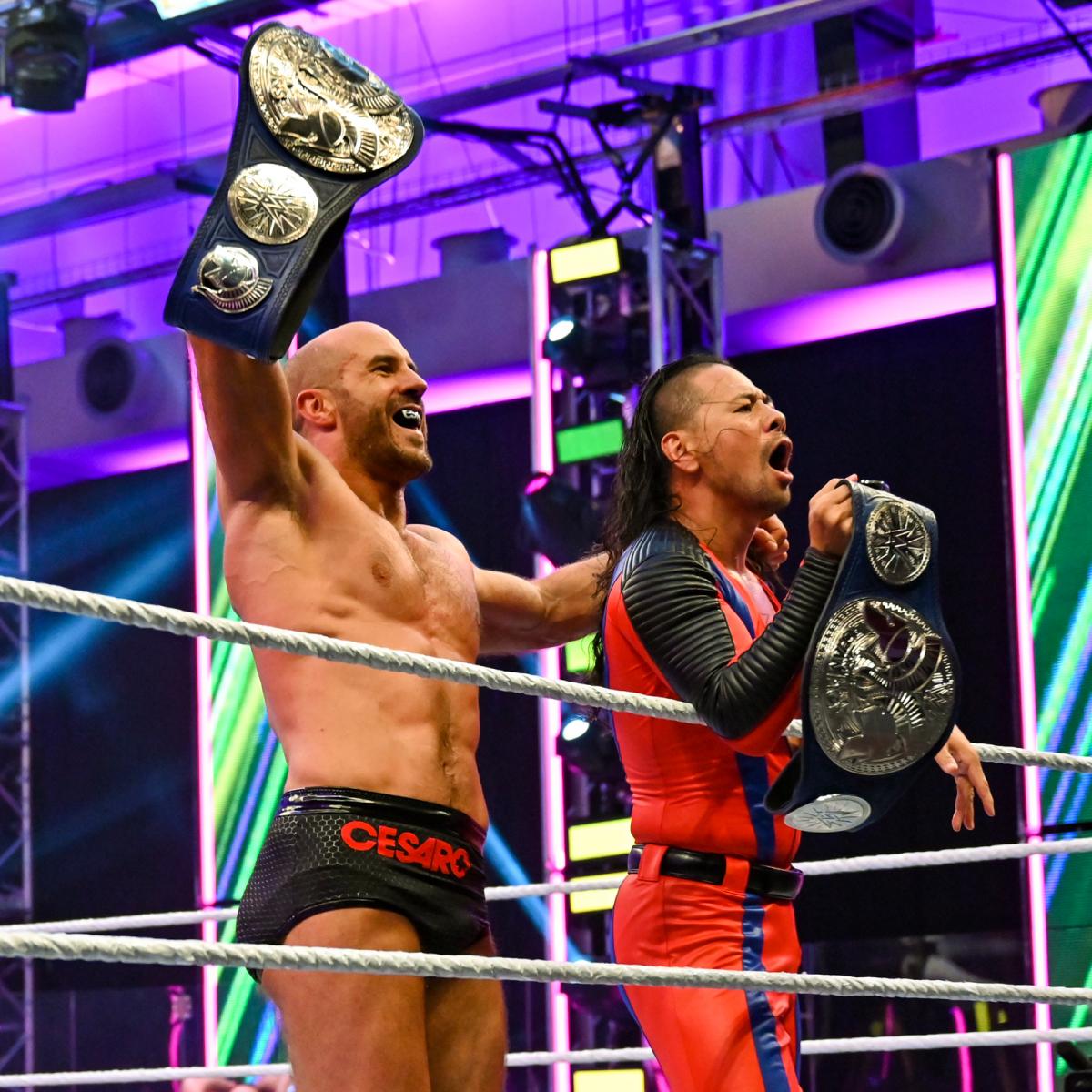 New RAW Women’s Champion, though one would have to suspect that the ending will set up a return match at SummerSlam?

Looks like an injury angle writes Rey off for a while…or for good, depending on contract status [9].

We have an officially unofficial new United States Champion? This one seems to beg for more explanation, but the story we have is that Apollo didn’t pass his pre-match physical and MVP declared himself the new champ. 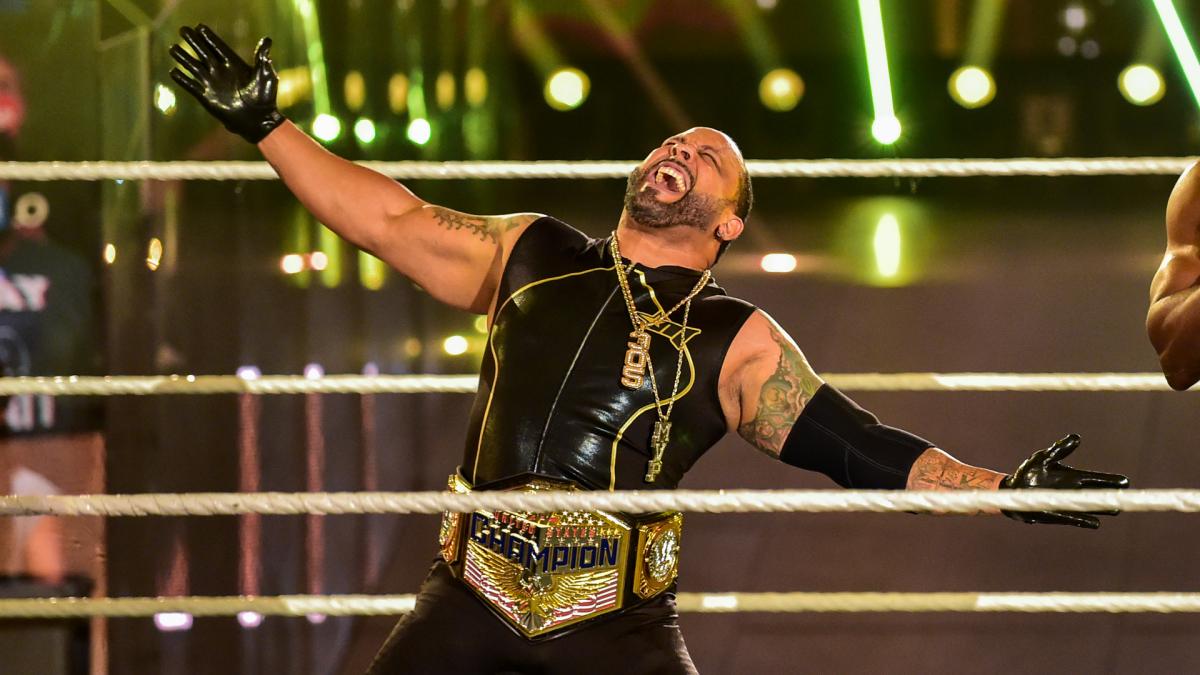 The Fiend returned in the swamp, so here’s betting we see a Fiend/Strowman match at SummerSlam. 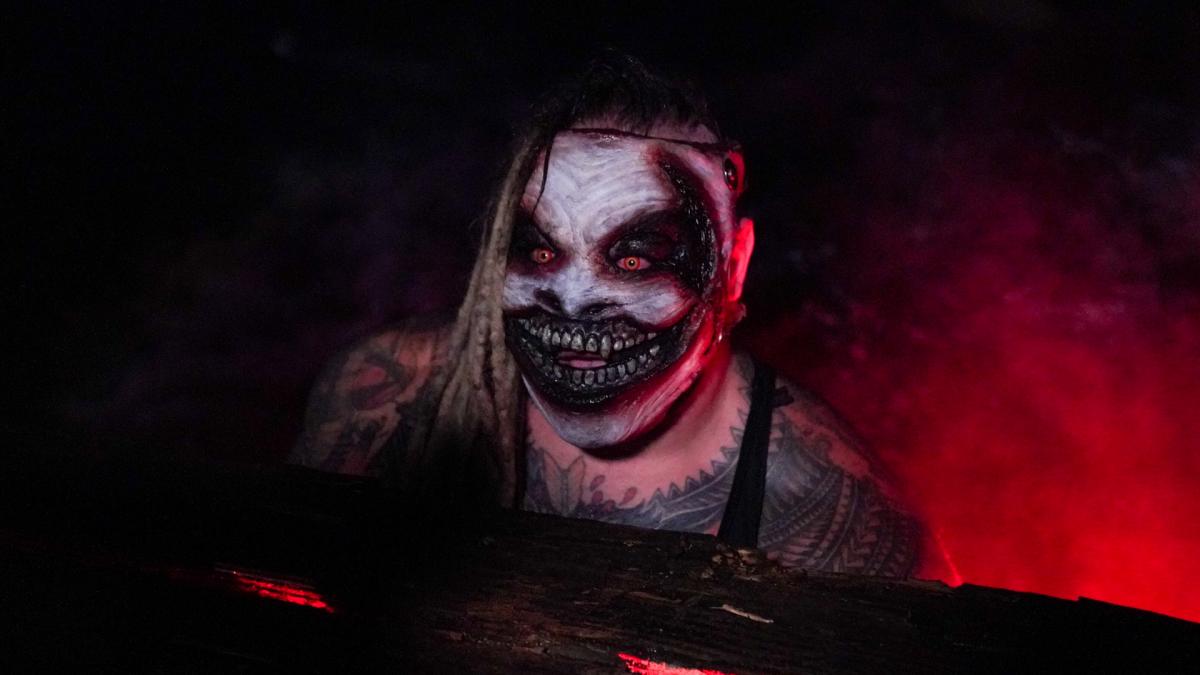 Like we said at the beginning…setting up for SummerSlam, no?

Some lumped the show in some truly bad company.

Swamp match stunk. How’s that for a dad joke.

The tag team tables match was really good. Felt a bit short, or maybe just went quick due to the rules, but was still very good.

I am trying to sum this one up nicely…and it’s a bit of a struggle. These pre-recorded PPVs have been hit or miss, and some of them have been really good.

This one was not one of those. Perhaps WWE had a double meaning in mind when they dubbed this one “The Horror Show”?

Or maybe they didn’t think about it, and this one really did end up largely being a horror show.

We had a few good matches, maybe a couple I’d say that carried the entire card.

The cinematic Swamp Fight? It was not one of them. 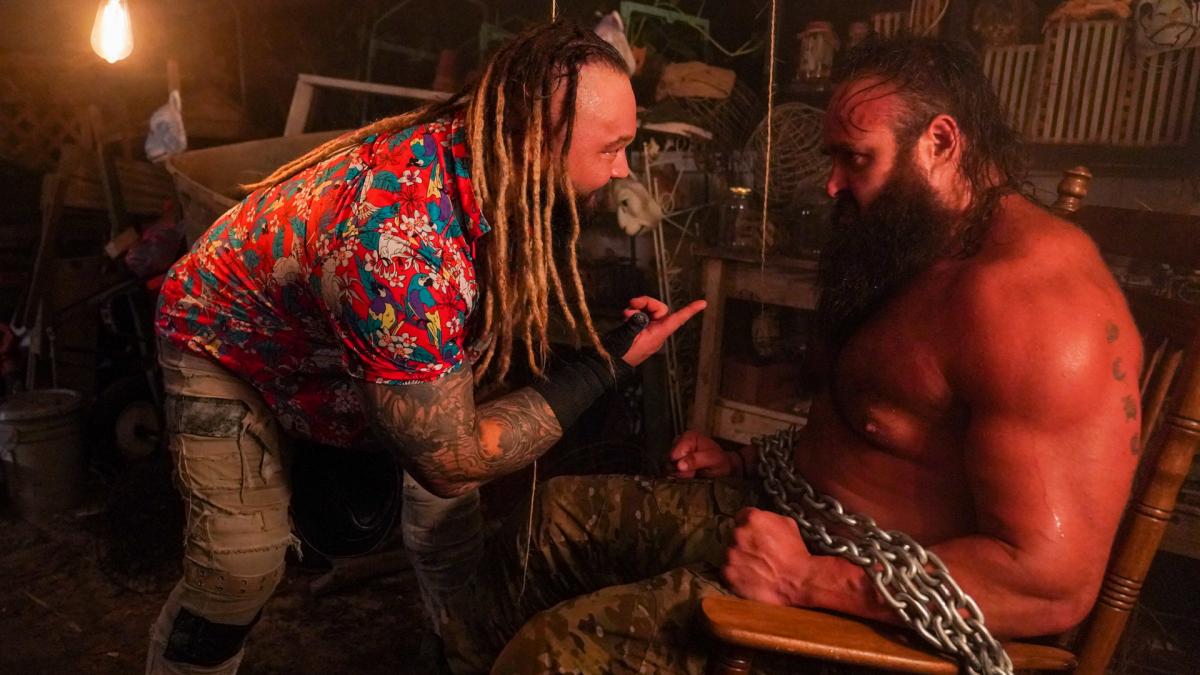 I was among those who really did not care for the Wyatt/Cena match at WrestleMania. This one made that one look stellar, in my opinion.