David Ayer teases more of his cut of Suicide Squad. A page from a deleted scene includes The Joker in the final battle against Enchantress.

David Ayer offered more evidence his original cut of Suicide Squad exists and its ending was to be far different.

The director shared an image from the script on social media that was promptly screengrabbed and disseminated online, making it to Reddit and other forums.

Naturally, we got ahold of it too. The following picture, captured on Instagram, comes from a story by Ayer shared through his official account.

The above portion of a scene paints an ending wholly distinct and more complex than the theatrical version.

Whereas in that one, the Squad fought Enchantress and Incubus, cutting out the former’s heart, Ayer’s ending would’ve involved Jared Leto’s polarizing Joker and played on his on-again, off-again toxic relationship with Harley Quinn.

Harley sticks by her man, holding Amanda Waller’s detonator that controls the implants, ready to make some heads explode. She does Enchantress’s bidding for Joker’s sake – at least for the moment. 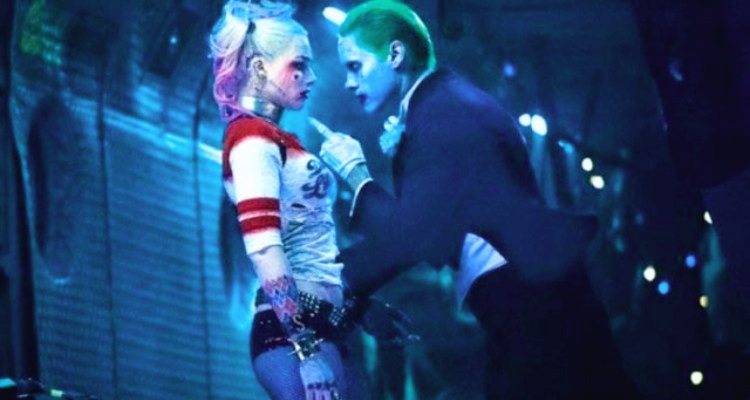 Related: Harley Quinn and Poison Ivy Will Stay a Couple In a Potential Third Season of the DC Universe Cartoon

Other social media posts by Ayer and various leaks indicate Joker was going to have a bigger role in the film and at the climax. Enchantress was supposed to seduce him with the promise of making Mr. J King of Gotham.

Neither the scene nor that subplot made the cut yet, to any skeptical naysayers, according to Heroic Hollywood, the scene – including the sequence in the pictured page – was filmed. Fans just “were not permitted to see it,” says Ayer.

Emboldened by the precedent set by the Snyder Cut of Justice League and its related campaign, fans are pushing for the release of Suicide Squad’s “Ayer Cut.” David Ayer encourages this effort but concedes it is up to WarnerMedia to get the ball rolling.

Related: Zack Snyder Reveals Where His Justice League Falls in Continuity and Talks Struggles of Finishing It

Minus vague hints sent out by Warner owner AT&T’s Twitter account recently, releasing the Ayer Cut doesn’t appear to be a priority at this time. If Zack Snyder’s Justice League does well, that may mean the difference.

Let us know in the comments if you want to see the Ayer Cut released and what you think of the page the director shared.

The Tax Collector Review: A Dim Candle in the Darkness

Birds of Prey: Jurnee Smollett Reveals Her Reaction To Critics Of A Black Black Canary