Supermodel and outspoken liberal activist Chrissy Teigen [1] is under a big cloud of suspicion after deleting 60,000 tweets. Why would John Legend’s wife abruptly scrub her Twitter account? Because online conspiracy theorists claim Teigen is listed on Jeffrey Epstein’s flight logs. But her sudden mass deletion of tweets is now causing her even more problems.

Chrissy Teigen Attempts To Distance Herself From Any Jeffrey Epstein Connection

Celebrities and politicians are in a scramble to distance themselves from friendly relationships with Jeffrey Epstein and Ghislaine Maxwell. The duo rubbed elbows with top brass from around the world.

And new this week, 34-year-old American model and TV host Chrissy Teigen found herself in the crosshairs of the high profile Epstein scandal.

Teigen appears to have taken a page out of Hillary Clinton’s book and wiped her Twitter account clean of tens of thousands of her tweets.

The model, who married singer John Legend in 2013, throws plenty of bombs on social media. But, now the focus has been turned on her. 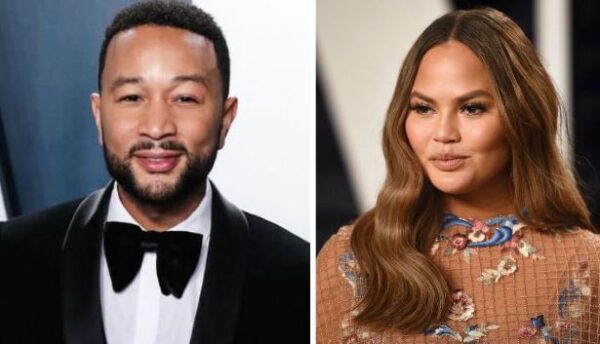 News of her alleged Epstein connection prompted Teigen to erase her Twitter history in a hurry.

But screenshots of some of her more questionable and now deleted tweets about young children are circulating.

This isn’t a good look for Teigen as she scrambles to separate herself from these world renowned child traffickers.

Let’s just leave this one right here. Chrissy Teigen is a creep. pic.twitter.com/Buj6Ttph5D [4]

Chrissy Teigen Claims She Deleted Tweets To Protect Her Family

Teigen claims there is another reason she deleted so many tweets. She claims it’s because her prior tweets are putting her family at risk.

I actually deleted 60,000 tweets because I cannot fucking STAND you idiots anymore and I’m worried for my family. Finding me talking about toddlers and tiaras in 2013 and thinking you’re some sort of fucking operative. https://t.co/isuEEW56fp [6]

But, it’s hard to discount that so many of the now missing tweets are regarding children people put in bizarre and alarming situations.

The tweet below is about how she understands tying children up in the basement.

Chrissy Teigen = this is horrible – and indeed she/he did tweet this – they just don’t like getting caught pic.twitter.com/X13KsKGvcy [8]

There is no shortage of tweets in which the supermodel discusses young girls.

Teigen has a history of tweeting anything that is on her mind. She is now finding out this is not a wise choice.

Don’t know if what she does is illegal but yours is easier pic.twitter.com/PEKDklm4gI [12]

In addition to mass deleting tweets, Teigen also announced she has blocked over 1 million people from being able to see her tweets. That’s a lot of people she feels the needs to hide her tweets from.

I have block chained over one million people, ONE MILLION people today and I am still flooded with sick psychopaths. So please, spare me the “just ignore them, they’re just trolls”

One thing is for sure. Teigen might be attempting to distance herself from her regretted tweets, but she is going to continue attacking President Trump and his family.

The liberal activist model with alarming and sexual sounding tweets about young children tweeted Tuesday night that she doesn’t believe Ivanka Trump is sane. How do you like that for irony?

had it with anyone who EVER defends this woman or puts her as the “sane” one in this family. what a repulsive trolling of the people. also (in the SEA of illegal shit this family does) is this even ethically ok or legal?? https://t.co/M8GJajHlGS [15]

If Chrissy Teigen or her husband John Legend are on Epstein’s flight logs aboard the “Lolita Express,” we are likely to soon find out. Rumor is that Ghislaine Maxwell is prepared to name names to save herself.