Larson posted her first video titled “So, I made a decision…” announcing the channel and explaining her reasons for starting it.

She begins, “Why am I starting a YouTube channel? Great question. YouTube has been a place that I have learned so much whether it’s been how to use my printer or it’s been watching how to be a considerate activist. This is the place to talk about things that are important and that matter.”

She adds, “It doesn’t mean that there isn’t also silly content. That there’s ways to express myself personally.”

Larson then reiterates what the focus of the channel will be, “But there will also be deep conversations, anti-racist rhetoric, inclusive content.”

After announcing her intent, Larson then shows a highlight reel of her introducing herself to a number of guests that will appear on the first video.

She then states, “So I brought you here today because I’ve made a very important life decision and I’m starting a YouTube channel.”

Larson then asks a number of people what exactly she should discuss and talk about on her YouTube channel.

You can watch the full video below.

Speaking with People about the new YouTube channel, Larson stated, “I’m incredibly excited about joining the YouTube family and having the opportunity to share a little bit more about myself through personal videos and stories.” 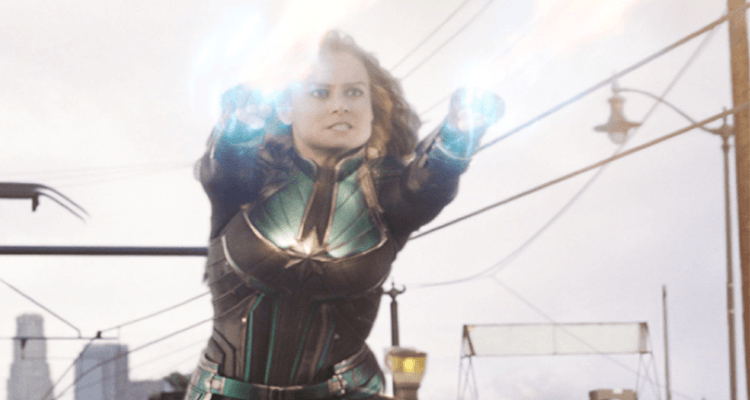 She added, “For so long the internet perception of me has been through this carefully curated lens of a press day pegged to a specific project I am promoting. I’ve been hesitant to reveal too much about myself, partly out of fear of the unknown, but also because I had this idea that people wouldn’t be able to believe me as other characters.”

” I see my channel as a way to break away from this line of thought and become more vulnerable and open about my flaws, what I am passionate about and who I actually am,” she continued.