Braun Strowman had no idea he was having a title match against Goldberg until the last minute. And, one WWE superstar broke a 14 year old record on RAW.

Like many, Braun Strowman had no idea he would win the Universal Championship against Goldberg. Now, he is explaining how little he knew about the situation and his initial reaction.

Also, Shelton Benjamin made history on RAW. But, it might not be the kind you want to brag about.

10 days before WrestleMania 36 and Braun Strowman was not even booked on the card. Then, Roman Reigns pulled out due to concerns over COVID-19 because of his past battles with leukemia.

With little options to challenge Universal Champion Bill Goldberg, Strowman was called. At the time, Strowman was nowhere near the event’s location of Florida.

“I was told, ‘there’s been a change, we need you,’” said Strowman to Sports Illustrated. “I said, ‘well, I’m in Wisconsin.”

“How am I getting there?’ Almost before I finished saying that, I was told there was a jet in the air that was landing in a few hours for me.”

Before the day was over, Strowman was flown to the Performance Center. There, he would learn the details about Reigns and how he was getting the title shot.

“I was in bed by midnight in Orlando,” said Strowman. “Then, at nine the next morning, I was at work being told that I was facing Goldberg at WrestleMania for the Universal Championship. All I could think was, ‘let’s go.”

Strowman vs. Goldberg only lasted a few minutes. After a few power moves from both men, Strowman left with his first Universal Championship.

Many thought Strowman should have won the title earlier as he was billed as unstoppable. Some backstage issues caused WWE to hit pause, but Strowman eventually got the nod.

Since winning the title, Strowman has defeated all challengers. Seeing how Extreme Rules ended, The Fiend vs. Strowman seems to be a lock for SummerSlam.

In the end, Strowman made out pretty good. He went from no opponent to Universal Champion in less than two weeks. 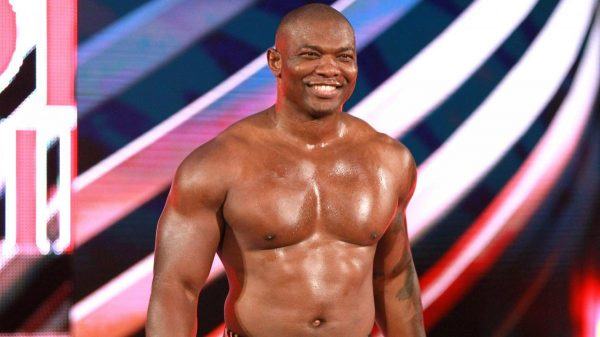 On RAW, we saw two big moments for veteran wrestler Shelton Benjamin. First, he joined MVP’s new stable The Hurt Business and then he scored a singles match win.

According to the WWE Stats & Info Twitter account, it marks Benjamin’s first singles win on RAW in 14 years. Also on RAW, Benjamin became the 100th person to win the 24/7 Championship.

The 24/7 Championship has been around for only 14 months and seen a mix of everyone hold the gold. R-Truth holds the record with 37 reigns.

Benjamin joined the main roster in 2002 and mostly worked the tag team division. Eventually, he went on his own and lasted until 2010 with WWE.

During that time, he was pushed to the mid card level and was even featured briefly in the main event slot. His biggest win was upsetting Triple H with a clean pin on RAW.

After leaving WWE, he would return in 2017. Due to the brand extension returning, WWE needed to bring in familiar names and Benjamin was called.

Outside of teaming with Chad Gable, Benjamin mostly worked live events or Main Event. With MVP and Bobby Lashley by his side, perhaps Benjamin can hold the title for more than a week.