WWE The Undertaker was notorious for not breaking character. However, wrestlers launched a series of bizarre pranks to make him do so.

WWE’s The Undertaker is notorious for staying in character. Of course, Vince McMahon wanted to make him break it, leading to some hilarious pranks over the years.

Some of the pranks pulled on the Undertaker are more bizarre than others. Here are the most bizarre ones in WWE history. 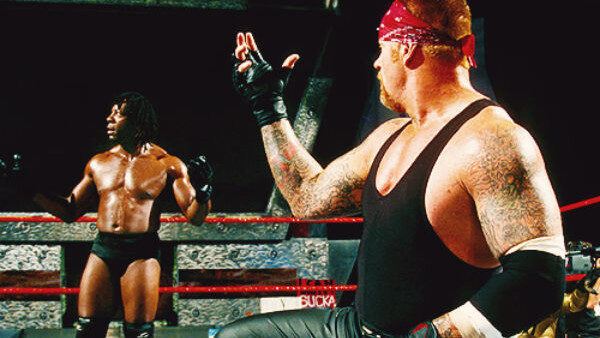 In 2002, Raw had just ended and Vince McMahon had a diabolical plan. He wanted the Undertaker to break character, but he wanted him to do so by doing a spinaroonie.

It started with Booker T and The Undertaker in the ring. However, Vince would keep sending out superstars to convince Taker to do the “Takeroonie.”

Undertaker attempted to keep all the wrestlers at bay and seemed to succeed. However, everything changed when Vince McMahon himself came out to the ring.

Vince McMahon ended up in the middle of the ring and did a spinaroonie. Certainly, The Undertaker would do a spinaroonie himself now?

Well, Taker is much more tactical than most people give him credit for.

As soon as confusion hit in the ring, he took the opportunity to quietly make his way backstage.

Even though The Undertaker did not break his character fully, you can see a few smiles throughout the spinaroonie attempts. So, you could argue Vince’s ploy did work? 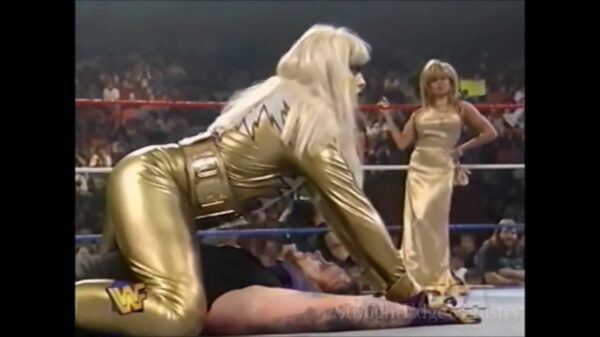 Goldust has always been quite unusual  to say the least. Of course, he is also the one responsible for the most bizarre joke played on Taker.

The instigator of the prank was none other than Bruce Prichard. He told Goldust to “rib” Taker during Monday Night Raw, but did not tell him how.

Goldust wasted no time in pulling the prank, which involved using his rather sexual character. In short, it ended up with Goldust touching Taker’s crotch.

“And then I look up at the audience, and I give this big ol’ tongue thing, just the [licks his lips]. And I grab my hand like this and I put it right on his d**k. And I’m just rubbing right there, and I’m making these faces all sexual like.”

Naturally, The Undertaker was furious about the incident and practically went bezerk. Backstage, he sought frantically for Goldust.

Fortunately, Bruce Prichard came to the rescue and revealed the true mastermind behind the prank.

‘”God dammit,” and he’s cussing and he’s throwing s**t. And Bruce had to calm him down and say, “That was me, I told Dustin to do that. That was a rib.”

Sorting It All Out

Shortly after revealing the truth about the prank, The Undertaker fortunately calmed down.

He actually laughed about it and sorted things out with Goldust.

Obviously, this was one of the weirdest ways to make Undertaker break his character. You got to give it to the man though, anyone else would have broken character in minimal time.

Over the years, many wrestlers tried and failed to make Taker break his character. The times he did can be counted on one hand, so you could say he is the master of the wrestling character!