Ray Porter finally gets to show the world his Darkseid when Zack Snyder’s Justice League debuts on HBO Max in 2021. The tyrant of Apokolips is also planned for Ava DuVernay’s New Gods movie which is unlikely to be connected to the Snyderverse.

A new actor – as we reported and suspect – will probably be cast though that doesn’t mean Porter can’t do it. He has serious fan support and went to Twitter to address things.

He wrote he reads the comments and appreciates what fans say but says DuVernay “is a brilliant filmmaker and should cast whoever she wants.”

This got a positive reply from the director and others. She called Porter a “gentleman and true artist.”

Some responses encourage her to keep the gentleman artist.

Others say recasting is a bad idea because Fourth World is unaffected by DC’s multiverse.

If that’s the case, she may want to consider Frank Welker or Michael Ironside, two performers among the first to play Darkseid. Recent events being any indication, however, she may prefer someone of color, like Andre Braugher or Tony Todd.

DuVernay, inserting herself into a controversy over a Facebook thread, said on Twitter she would not hire “white men” “who diminish” her and other “Black producers with hiring power.” 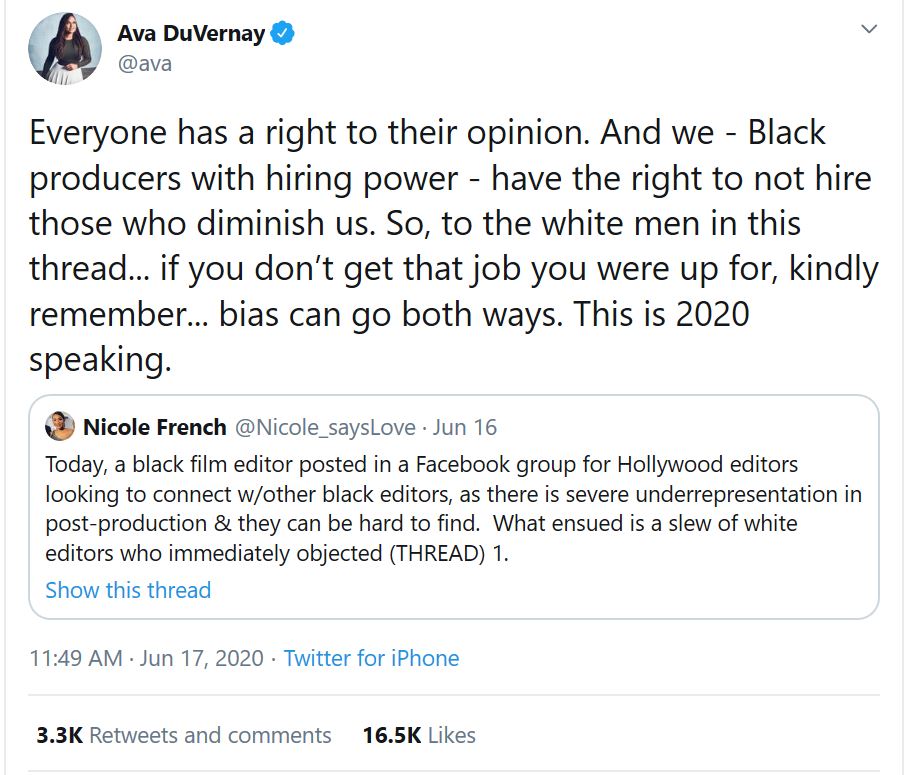 Even if any policy or quotas on Ava DuVernay’s set hurt Ray Porter’s chances, he revealed in May to Lightcast he hasn’t heard much about New Gods nor had any negotiations.

Porter stated, ““No, I have not. I know a lot of people on Twitter have been making noise about it and I’m really grateful, and I love that, and obviously I’d love to hear from Ava about New Gods, but I also respect that Ava’s got a vision for this project.”

He added, “And if I’m not a part of that vision, that’s just the way it is, and that’s okay. My hope is that it’s something the fans are going to love as well. But I haven’t heard from Ava yet.”

That, of course, changed this week and only time will tell if he nabs the role or not.