UFC Vegas 3 Prospect Watch: Get up to Speed on Max Rohskopf

There are several interesting storylines tied to UFC Vegas 3, and one of them is the Octagon debut of Max Rohskopf.

UFC Vegas 3 is going down at the promotion’s Apex Facility, and while several fighters are scheduled to compete, it will also feature the debut of prospect, Max Rohskopf. 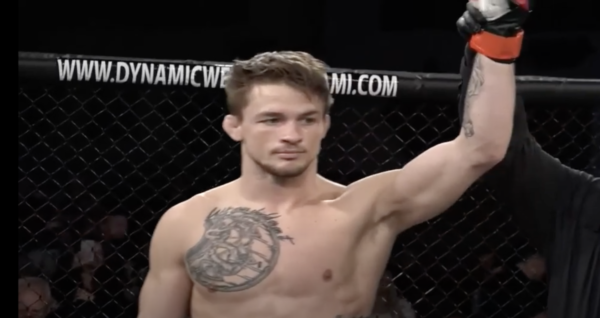 The 25-year-old, undefeated fighter was tapped on short notice to face Austin Hubbard at today’s event, who was originally scheduled to fight lightweight Joe Solecki. While talking to MMA Junkie recently, about the news he was going to make his UFC debut, Rohskopf said this.

“I was excited, but I’m not going to really be happy until I get in there and get my first win and start accomplishing what I’ve been setting out to do, and that’s never been just to get to the UFC but to thrive in the UFC.

Everyone was super excited. I’m just kind of like, ‘I’ve got work to do. I don’t really have time to be excited.’”

“I definitely feel the added pressure, but I’ve felt that – and I kind of put that on myself – but I felt that for all my fights, and I’m really good at being able to warm up an hour or two before and once I start getting into my fight mode, that kind of goes away,” Rohskopf said.

“I haven’t felt that in any of my fights. I definitely feel it just walking around day to day.”

And while talking about Hubbard (11-4), Rohskopf said this.

“He was LFA champ when I was signed to LFA, so I knew who he was and stuff,” Rohskopf said. “I trained with Mark O. Madsen a little bit, so I watched him fight Mark O. Madsen.

I follow jiu-jitsu a lot, too, so I watched him fight Davi Ramos, but I haven’t went back and watched anything.

I’ve been leaving that to my coaches. I know he’s tough and he’s game.”

Rohskopf is a former NCAA Division 1 wrestler who has been training with galaxy class grappler, Robert Drysdale. The Ohio native has scored submission wins in all five of his bouts to date.

“I’ve got to be able to go 15, but just with my skillset, I’m able to get finishes with my jiu-jitsu and my wrestling and stuff,” Rohskopf said. “So if that comes, it comes, but I’m going to be ready for 15 minutes, man. This isn’t a gimme. Hubbard’s a tough dude.”