It’s our last RAW, and thus last RAW In A Nutshell [1], for June. This week, we wonder…will contract signing chaos ensue?

After all, we have a dual contract signing, which has been billed as a first. It’s a first, because it’s doubly obvious and pointless, all at once.

You see folks, for any of you watching their first contract signing…these NEVER go smoothly. Someone always seems to get put through the table or something.

So, will tonight be any different? I’d bet no, it will be a chaotic mess.

But, it’s all part of the plan to build toward Extreme Rules, which is just a couple weeks away.

The big question now, with the way things are going, is who will actually be healthy, willing and able to work the PPV? [2]

So, until then, we ask the question yet again…with a double contract signing… 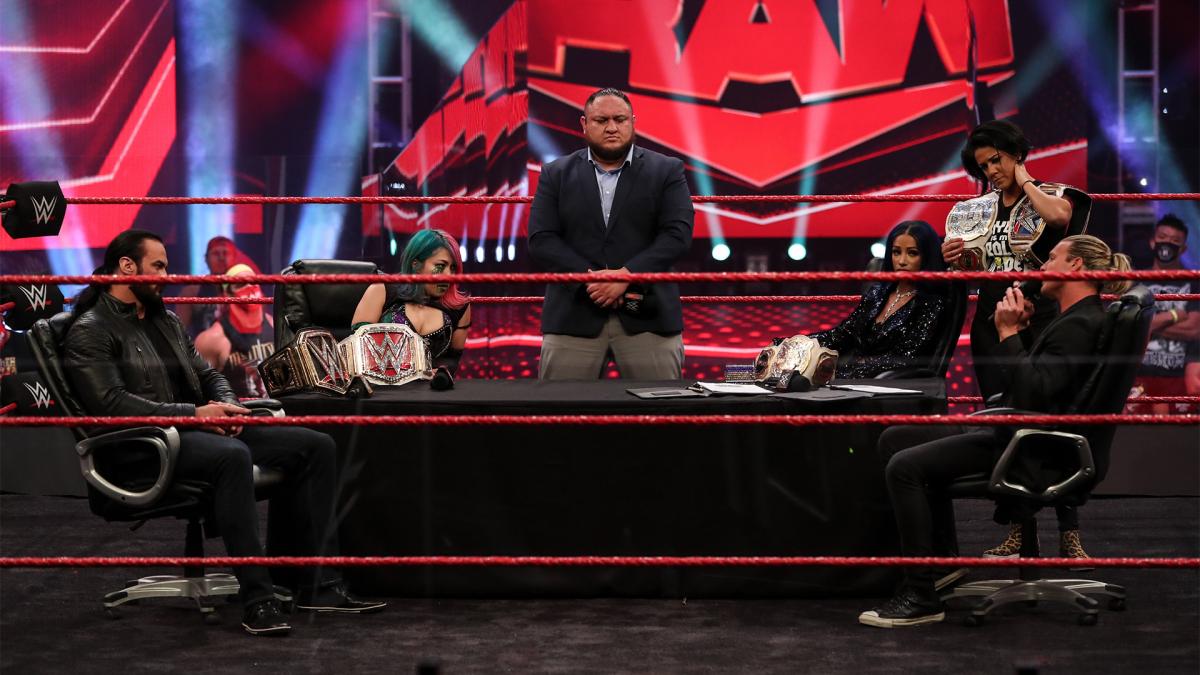 This was a tough choice. We had a few good matches, but I don’t know that any one really elevated above the rest. 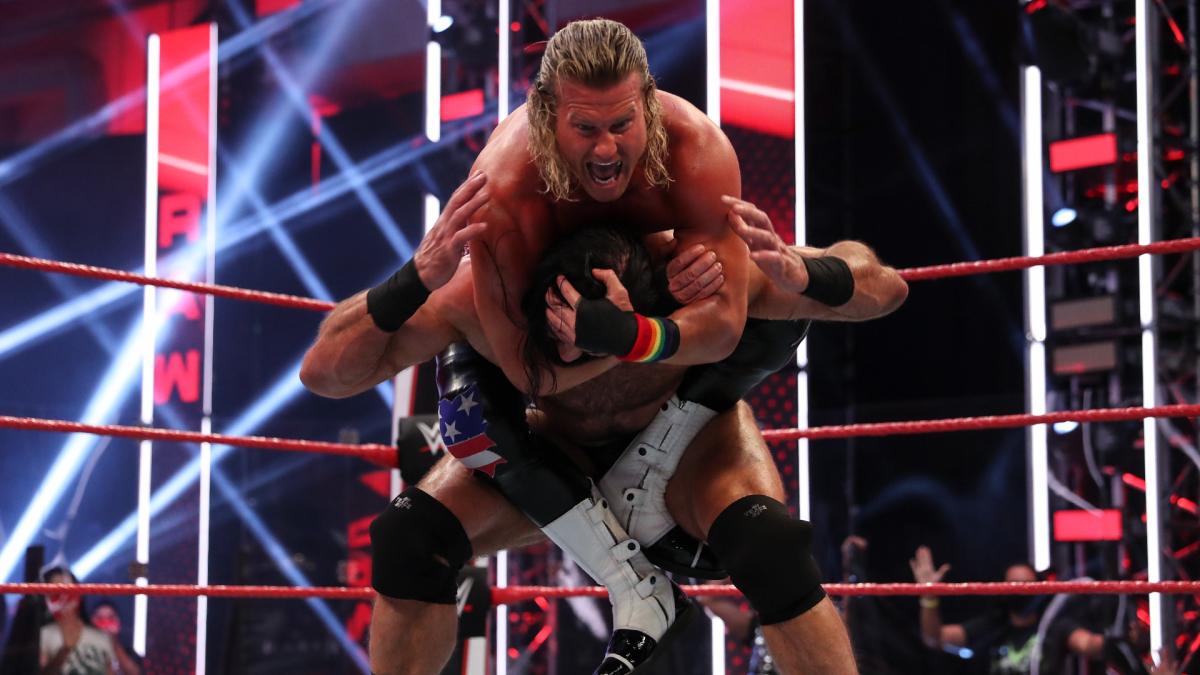 If I had to say which one I enjoyed the most, I’d likely go for the main event, just because it had lots going on and worked well.

I’d likely pick on the 24/7 title match here. If only because…well…wasn’t the whole premise of the belt to be spontaneous and not have scheduled matches? 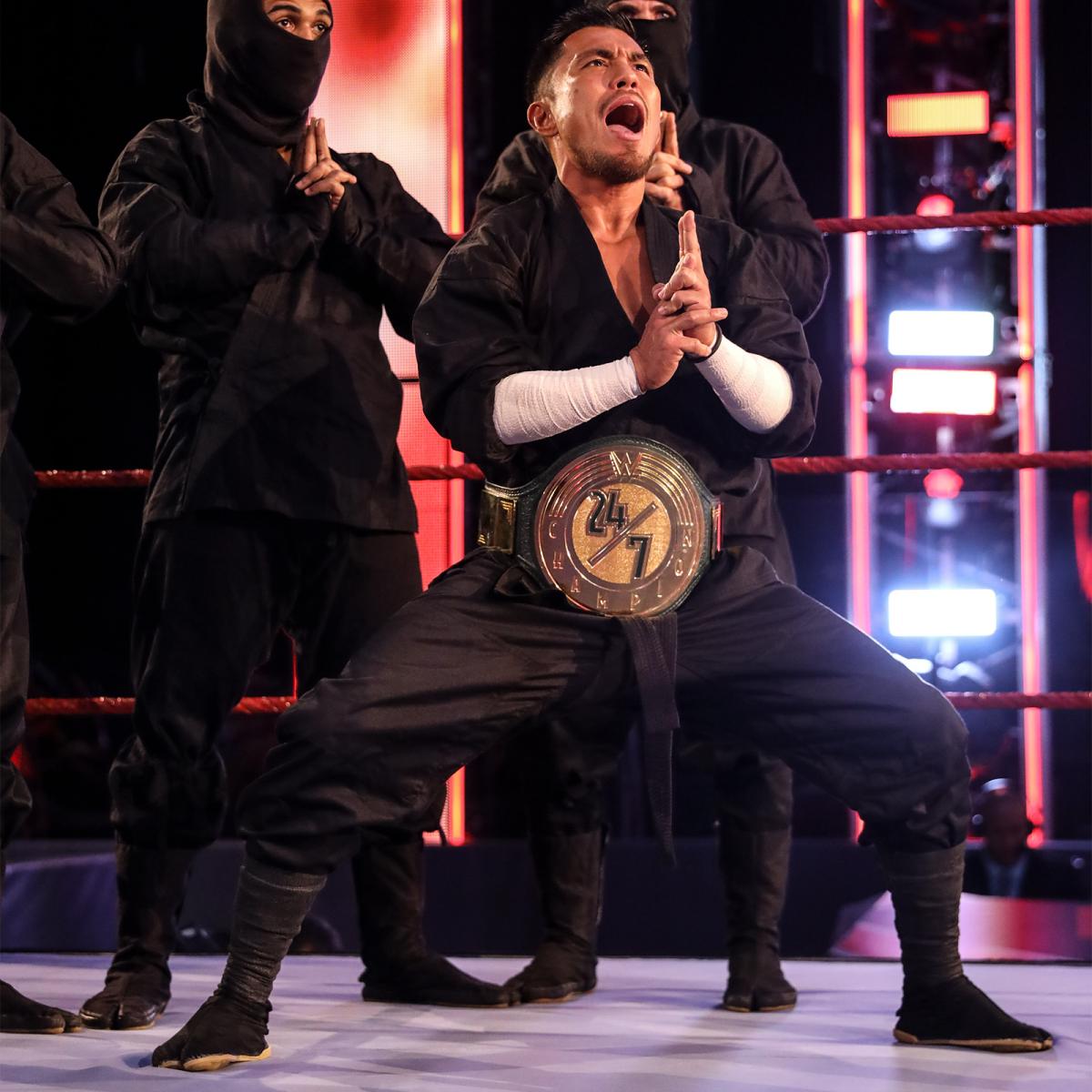 I am by no means sold on this one, but I guess to the victors go the spoils…and the victors, in this case, would be Sasha Banks [3] and Dolph Ziggler. 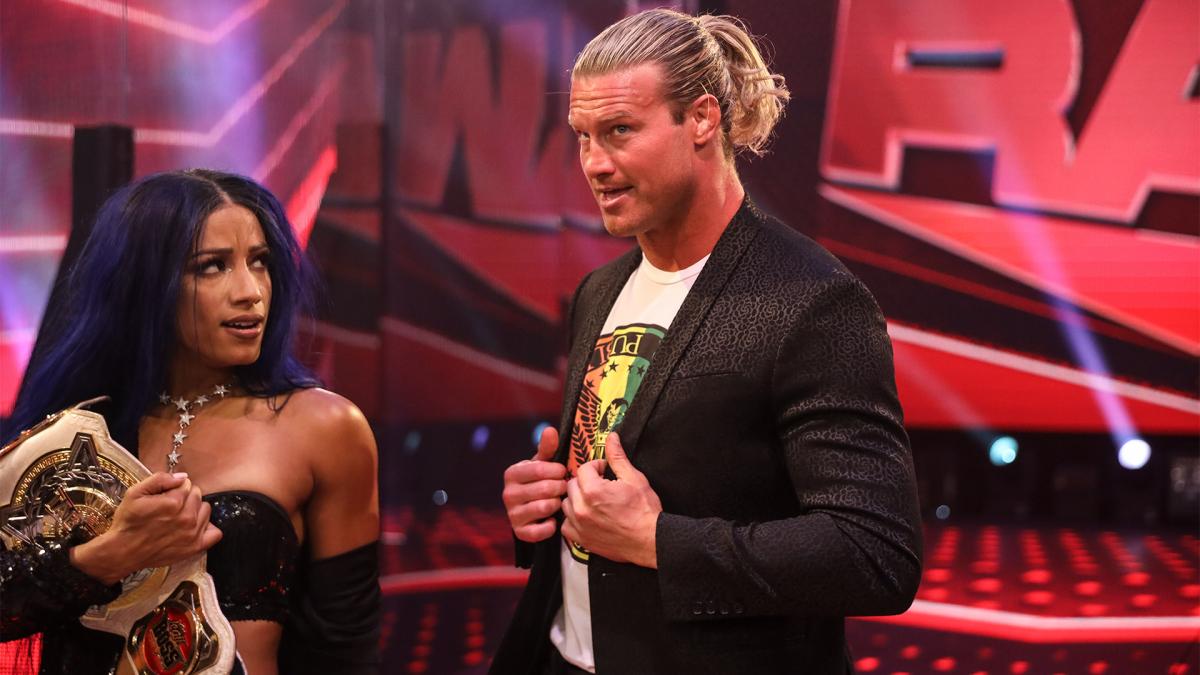 Also…Zelina deserves some credit for this work.

The spoils? That would be getting named Stars of the night.

Not much really. I guess having Humberto take the curb stomp on the steps from Seth will suffice. 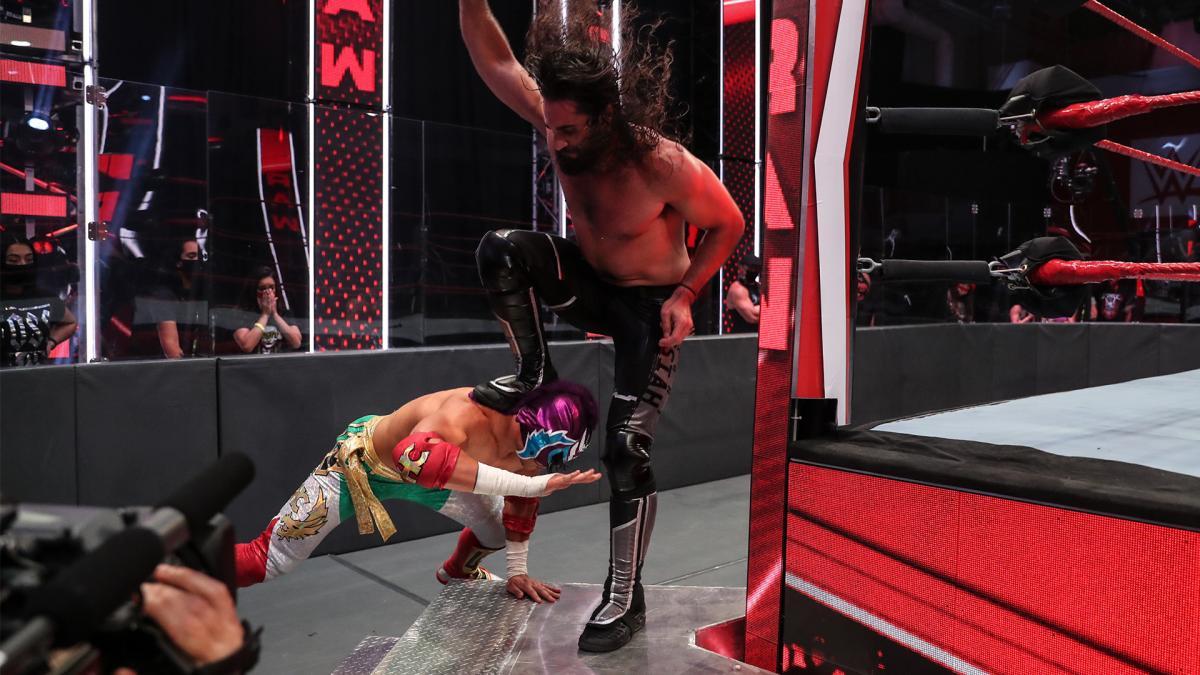 This kick was pretty nice too…

No real jobber comes to mind. I could go with one of Tozawa’s ninjas, since they took a cheap pin…but it’s a stretch. 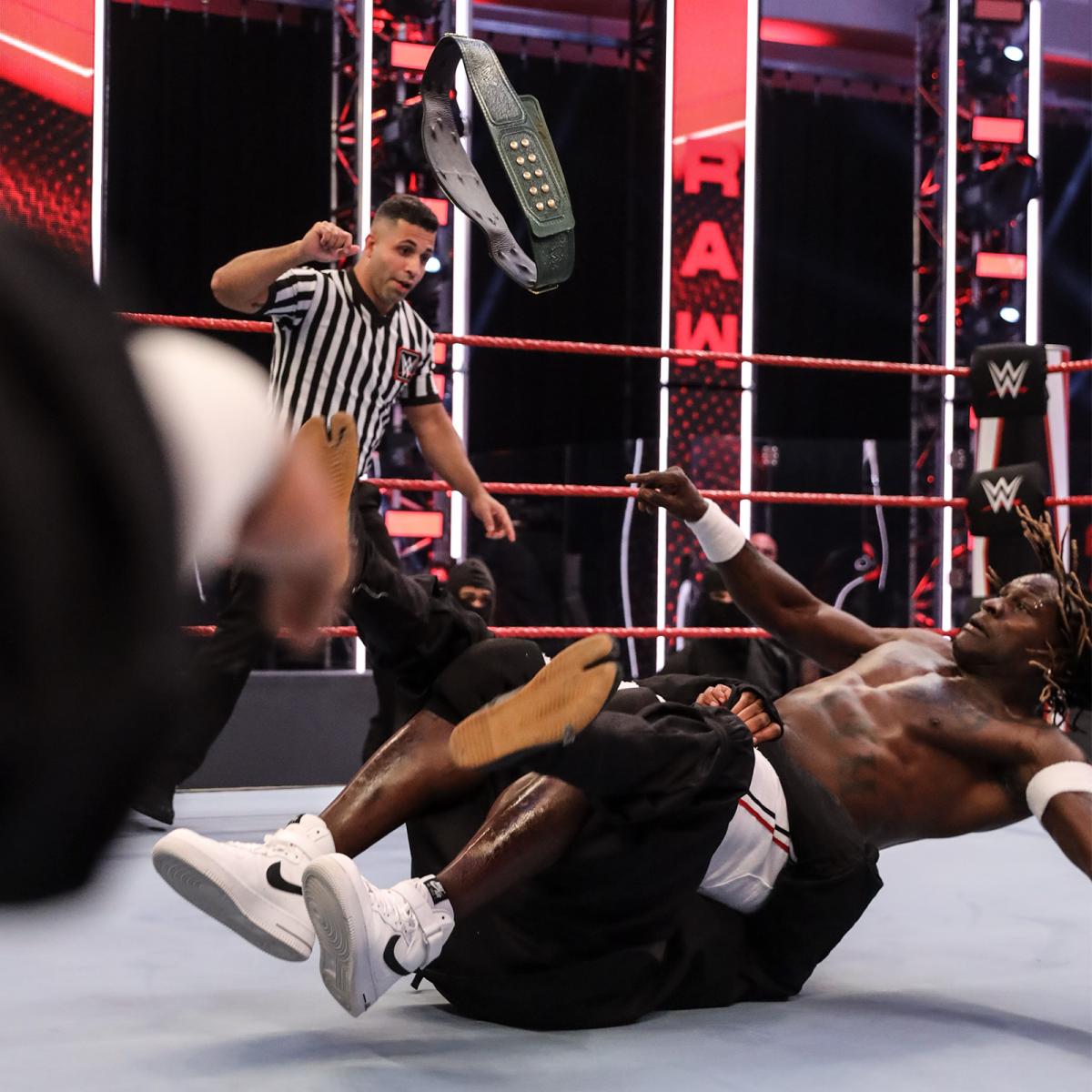 Nothing here honestly. I can’t call the main event result an upset.

It may be framed as a surprised, challengers beating champions…but I wouldn’t go with upset.

It’s actually the MO of WWE…let the challengers win now, so they lose at the PPV.

I am mostly drawing a blank here.

If pressed, I suppose I could go with McIntyre allowing Ziggler to pick the stipulation for their championship match next month. 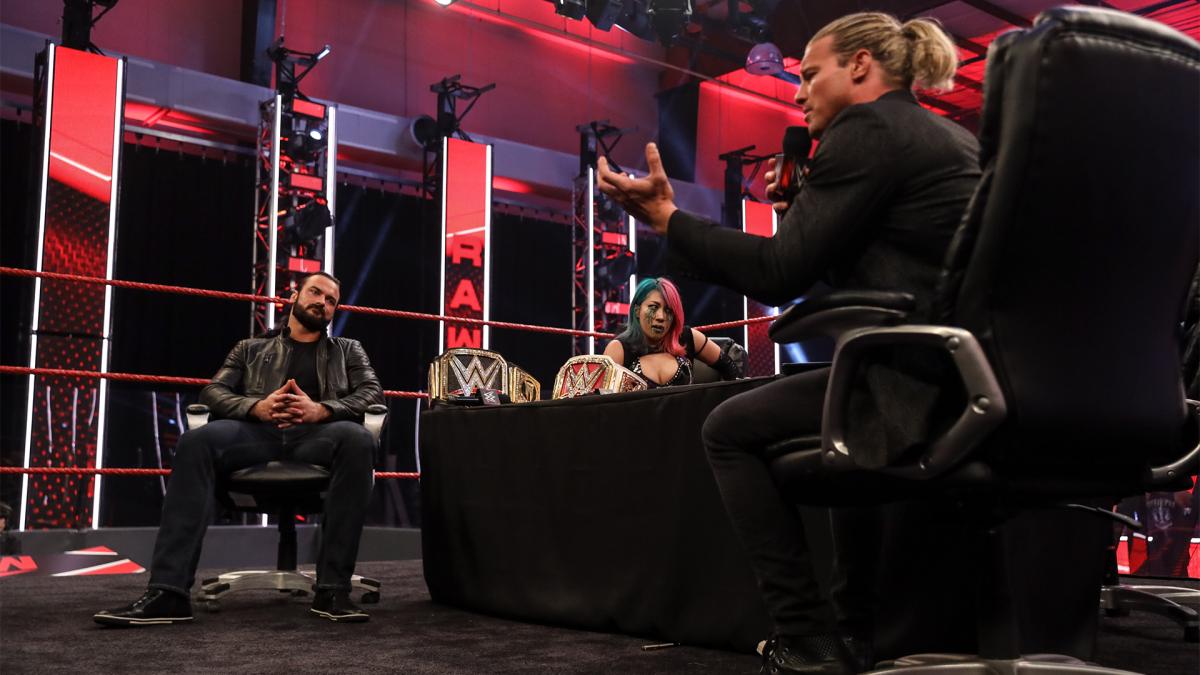 That interaction between R-Truth, Apollo, Cedric and Ricochet was gold.

Dolph Ziggler gets to pick the stipulation, not because he did anything, but because Drew McIntyre said so.

Asuka and Drew lost to their challengers in an co-ed tag team match. If WWE had been really clever, they could have said the winners get to pick their stipulations.

I mean…that would have made more sense, no?

I guess for me, it was no Randy Orton. Flair teased him, but unless I blinked and missed it…we didn’t get it.

Also, the drawback of taping these things…we heard last week that we won’t see anymore Flair for a while. [12]..and here he was. Yes, I know this one was taped.

Seth is doing well in the new role. 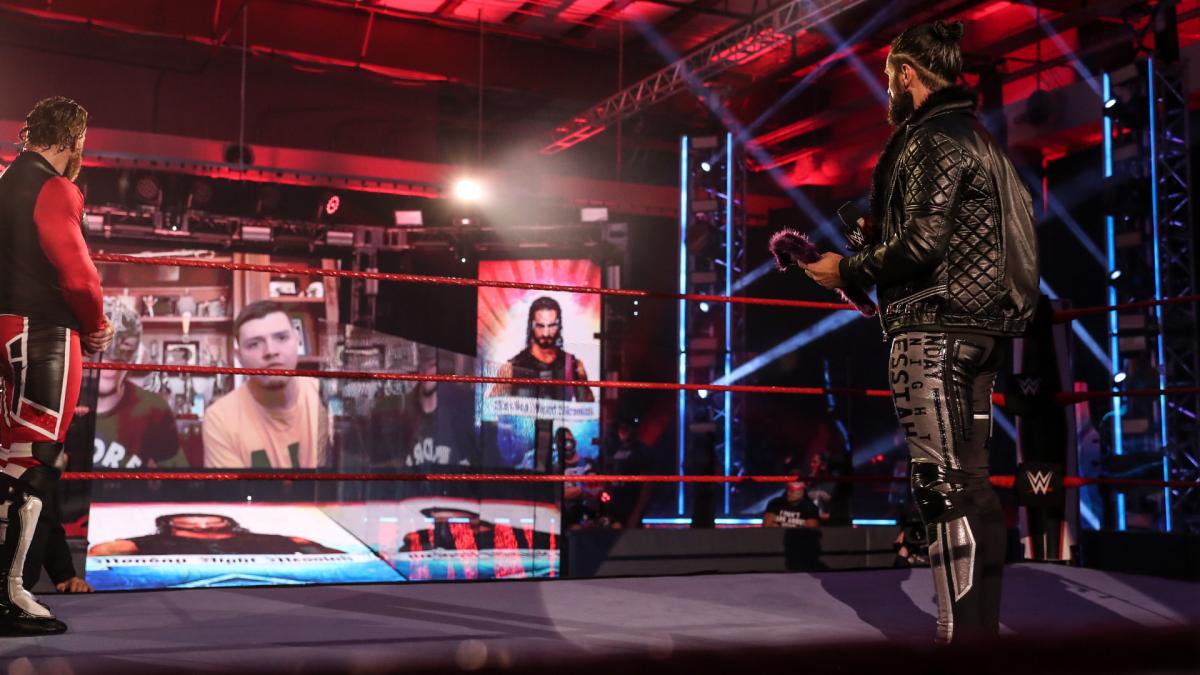 Dominick continues to get comfortable.

WWE is doing just enough to make the RAW championship matches compelling. The contract signing chaos which ensued led to the main event, and it all worked. 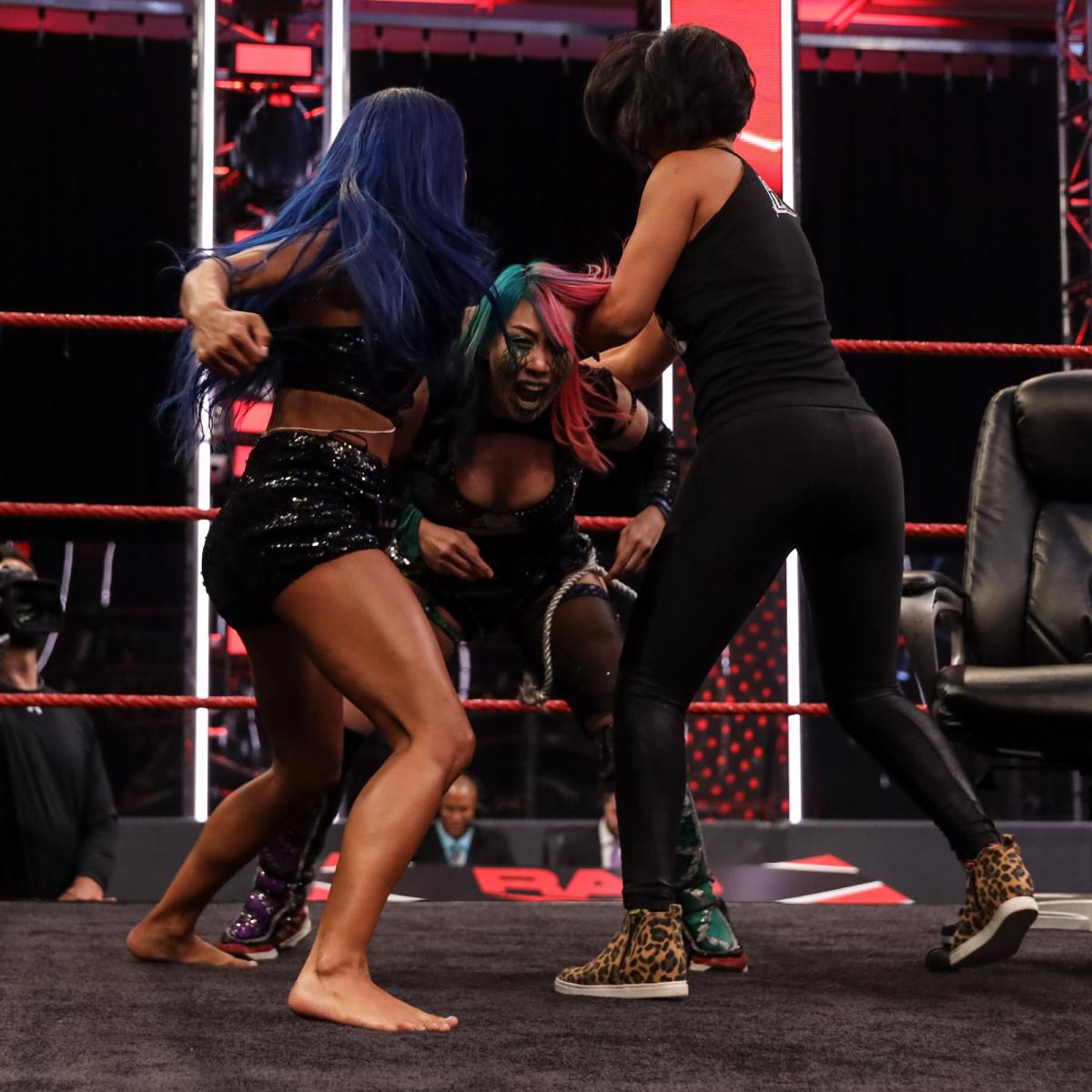 Hard to believe we are through June, and still no end in site. No fans really, but WWE pushes on.

Maybe we could argue it shouldn’t, considering the issues regarding COVID-19. We’d all prefer to see this happening in a larger setting with actual paying fans…but it’s not in the cards.

That said, I think Extreme Rules is shaping up as well as can be expected. We get to enjoy it soon enough.

I’m so looking forward to this match between my Empress @WWEAsuka [9] and my Blueprint @SashaBanksWWE [13] #WWERAW [14] pic.twitter.com/q6apVzIN7H [15]