The daughter of the iconic "Maverick" star James Garner has just revealed why his "mindset" about Hollywood was "very different.

James Garner spent decades entertaining fans as a Hollywood star before he died of natural causes in 2014 at the age of 86. Now, his daughter Gigi Garner is keeping his memory alive by connecting with his fans who remain devoted to him to this day.

Gigi Garner Talks About Her Father

“I hear from his fans on a regular basis, and that helps,” Gigi told Closer Weekly. “And having a resurgence of television shows like ‘Maverick,’ ‘Brett Maverick,’ ‘The Rockford Files,’ and movies like ‘The Great Escape’ and ‘The Notebook’ — those things keep his name relevant and seem to be procuring more fans now.”

“It is a challenge, but fans are helping me,” the 62-year-old film producer added. “And I try to give them a taste of who he really was as a person on my social media platforms, such as Twitter and the official James Garner Facebook page. I want people to get to know my dad as the considerate, loving, kind, generous person that he was and not just some figure from television or film.” 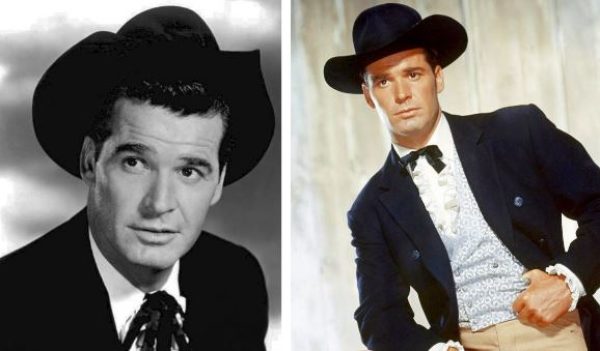 A successful decades-long career in film and television followed, with Garner working right up until his death. While fans fondly remember him for his acting roles, Gigi says he was nothing like the men he played onscreen.

“The truth about my dad is that people think he’s like he was on TV, but there were many sides to his personality,” she explained. “He was funny and jovial; in fact, the funniest person I ever knew, so witty and so quick. At the same time, he was shy and introverted in some respects.”

Garner Was A Purple Heart-Winning Veteran

Much of Garner’s down-to-earth nature can likely be chalked up to his life before Hollywood. Prior to starring on “Maverick,” Garner served in the U.S. Army in the Korean War, and he was even awarded two Purple Hearts after being injured twice.

After a difficult childhood and a career in the military, Garner never took his success in Hollywood for granted. He was determined to create a better life for himself and his family.

“He had a very different mindset and went about things, even in the industry, much differently than other people did,” said Gigi. “He had a core sense of moral values… He was truly an exemplary human being. He marched on Washington with Martin Luther King when it was not a popular thing to do. He sued a major studio while being threatened, ‘You’ll never work in this town again.’ Over ‘Maverick,’ of course. He won that lawsuit. He also sued over ‘Rockford.’ My dad was very convinced in his beliefs and if he believed he was in the right, he was going to stand up for that.”

Gigi is hoping to continue keeping Garner’s legacy alive by letting fans know what he was like in real life.

“I don’t look at my dad as some TV star or movie star,” she said. “I look at him as, ‘Oh, it’s my dad.’ Just like you would look at your dad. But I do realize that I’m very lucky that I do get to see him any time I want to because he’s immortalized on film and TV. A lot of people don’t have the privilege.”