Despite the quarantine and lockdown conditions amid the global Covid-19 situation, ONE Welterweight World Champion Kiamrian Abbasov [1] has not lost his hunger.

The 26-year-old from Bishkek, Kyrgyzstan, has stayed in shape by working out at home like many of us. Once restrictions are lifted, ONE Championship’s welterweight king plans to go full throttle with his training so he is fully prepared for the toughest opponents in the Circle.

“I think people will be surprised. I’m very hungry and I want to face the best,” said Abbasov.

“I’m ready to get back to full training after this amazing rest. When I hit the gym this time, I’m going to work without ever stopping.”

Abbasov captured the ONE Welterweight World Championship last October when he defeated Zebaztian Kadestam via a dominant unanimous decision after five rounds. He recalls the amazing feeling of having the ONE Championship belt draped over his shoulders with gold confetti streaming down from the rafters.

“Winning the ONE World Title meant a lot to me and my family,” said Abbasov.

“I know my fans were also looking forward to that, and I’m very much thankful for the support. All of my friends and family were waiting for that moment, and I’m glad I did not let them down.” 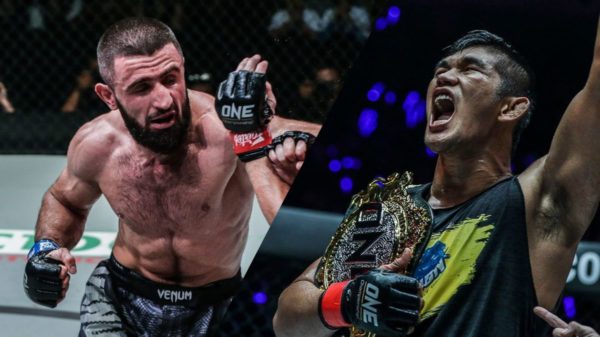 Just a few months ago, stadiums packed with adoring fans and an electric atmosphere was the standard for most all live events. That all changed, however, when Covid-19 began to escalate and spread across the globe. Now, audience-free, behind-closed-doors events are expected to become the new norm, especially where live sports are concerned.

When ONE Championship resumes its events later this year, Abbasov hopes he will be immediately scheduled to defend his title, and the 26-year-old already has a couple of marquee names on his radar for his return to action.

“I’m willing to defend the World Title against anybody, but I think James Nakashima deserves a shot because he’s undefeated and is highly-regarded. He’s a great athlete and I have no doubt we will have a great fight,” said Abbasov.

“I’ve also talked to my team and we believe we can go up in weight and challenge for the ONE Middleweight World Title. That’s a fight I’m very much looking forward to if we can make it happen.”

The current middleweight king is two-division ONE World Champion “The Burmese Python” Aung La N Sang [2], who holds both the ONE Middleweight and Light Heavyweight World Championship belts.

The Burmese-American superstar is enjoying an incredible undefeated run thanks to his well-rounded skills and crowd-pleasing style, and would certainly be an interesting proposition for Abbasov.

“Right now though, it’s up to ONE Championship. I’m just ready to go and I can face anybody, it’s all the same. I’m looking forward to setting that date and defeating my next opponent,” said Abbasov.

Abbasov can’t wait to step back under the lights and show the world that he belongs among ONE Championship’s greatest ever competitors by delivering more jaw-dropping performances in the Circle. For Abbasov, that’s equally as important as winning.

“I’m a completely different person outside of the Circle, but once that door closes, the beast is let out and I’m ready to go. I want to excite fans and give them their money’s worth, and show the world my brand of fighting,” said Abbasov.

“I hope I can continue to introduce myself and show people what I bring to the battlefield.”