Some people have written Cody Garbrandt off as a championship contender. But, as "No Love" prepares for his return at UFC 250, he insists he'll hoist the bantamweight belt again.

Due to the fact Cody Garbrandt’s been taken out in three straight fights, you don’t hear his name mentioned, during discussions about the bantamweight’s title shot mix. But, as the former champ gets set to face Raphael Assuncao at UFC 250 this Saturday, Garbrandt says he’s more than ready to reclaim the bantamweight title. 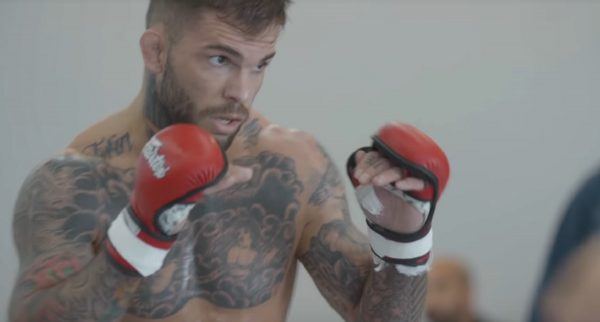 It wasn’t that long ago, in the grand scheme of things, when Garbrandt was widely viewed as an emerging superstar. The bantamweight was tapped to fight Dominick Cruz in December, 2016, after going 11-0 to begin his pro career.

At UFC 207, Garbrandt buzzed the MMA world by outscoring the renowned Cruz in impressive fashion and winning the bantamweight title.

But, since then, things have gone off the rails for Garbrandt. “No Love” was stopped by former teammate, turned rival, T.J. Dillashaw in back-to-back fights. Then last March, talk about Garbrandt’s viability as a contender moving forward was dealt another blow, when he was also stopped by Pedro Munhoz.

Well, fast forward to today, and Garbrandt’s ready to make a comeback. While talking to MMA Fighting recently, the 28-year-old had this to say about his setbacks and his future.

“I don’t need to reinvent the wheel,” Garbrandt said, while discussing the fact he also trained with striking coach Mark Henry for this fight.

“It was little things that I necessarily wasn’t doing or wasn’t knowing that I was doing in terms of technical errors or things I was doing off rhythm or not off rhythm. They just broke me down to my strengths, my weaknesses and it’s been clicking.

And, while talking about his championship aspirations, Garbrandt stated this.

“When I’m on, no one in the world can beat me. I truly believe I’ve corrected a lot of my errors that I needed to correct.

When I’m at peace with myself, I can cause a lot of chaos inside that octagon because I know that my life is good, it’s in order and I can let that savagery out in the octagon and that’s what I’m prepared to do.”

“I’ve battled my demons. I’m here to take the throne again. Whoever that is when my time comes for another title shot,

While it remains to be seen whether Garbrandt can put together another championship run, it would be silly to write him off at this juncture.

Against Dillashaw, Garbrandt faced one of the best, pound-for-pound fighters on the planet at the time. His emotions appeared to get the best of him, and against Munhoz, he also seemed to fight recklessly.

So, if Garbrandt can dial in his aggressiveness and lean on his skills moving forward, don’t be surprised if we see him fighting for another title yet.