WWE has long-term plans for Braun Strowman and Bray Wyatt that will go into at least SummerSlam. Also, Randy Orton has interest in taking on two of the biggest names on the NXT brand.

Bray Wyatt and Braun Strowman are currently single stars, but they have a past. Strowman debuted on the main roster as a member of the Wyatt Family, before branching out on his own.

In that time, both have been elevated in the main event. Currently, Strowman is Universal Champion as Wyatt challenges for the title.

They met at Money in the Bank [1], where Strowman defeated Wyatt. At Extreme Rules, the two will battle in a Swamp Fight.

Like many of WWE’s recent matches, this will be done in cinematic style. Strowman enters the champion, while Wyatt will use his old buzzards gimmick.

Imagine anyone had told you in January that come June original Bray Wyatt would be back and getting ready to have a ‘Swamp Match’ with Braun Strowman.

The plan is for the feud to continue into August’s SummerSlam. At that time, Wyatt will bring back “The Fiend” character.

Fans have not seen “The Fiend” since WrestleMania 36. That version of Wyatt has been booked as almost unstoppable.

He no sells moves and the only loss since debuting came against Goldberg. That match was controversial as many believed WWE ruined the character to get Goldberg over for Sadia Arabia [3].

As of now, WWE is yet to film the match. The belief is that it will be done shortly with assistance from Triple H and Jeremy Borash.

When they do meet, it will be a non-title affair. This could mean Wyatt wins to even the odds at 1-1 and therefore have the rubber match at SummerSlam. 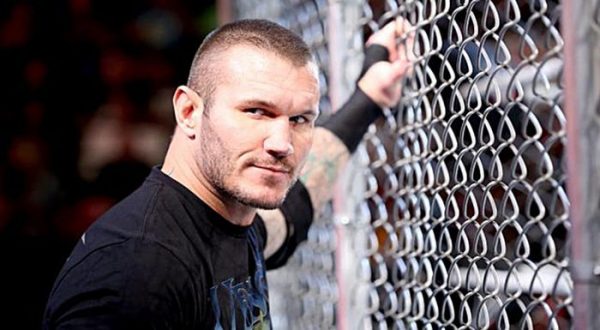 Recently, fans saw AJ Styles join SmackDown in exchange for Dolph Ziggler and Robert Roode to RAW. That was done to please Styles, who was upset at RAW’s Paul Heyman [4] for not fighting harder to keep Luke Gallows & Karl Anderson from being released as part of WWE cutting 40% of their employees to counter COVID-19.

This could explain the recent social media barbs traded between Orton and Ciampa [6]. As of now, fans have not seen Ciampa since he handed a one-sided beating by Karrion Kross at NXT Takeover In Your House [7].

Cole, who is currently the longest ever reigning NXT Champion, has a battle with Keith Lee in two weeks. The winner will become double champion, as the North American title is also up for grabs.

If WWE goes forward with Orton to NXT, Ciampa seems like the better choice. Cole currently has several opponents looking to capture his title.

WWE brought Charlotte Flair into NXT by having her win their title at WrestleMania 36 from Rhea Ripley. The idea was Charlotte would help bring more fans to watch NXT.

The plan did not work well, but NXT did defeat AEW by a sizable number this past Wednesday. But, Charlotte has already dropped the title and is currently taking a hiatus from WWE.

Orton recently brought back his Legend Killer gimmick, where he added Edge and Christian to his list. Considering how RAW TV has gone, he might be wrestling Big Show at Extreme Rules.