WWE made a bad decision in 2019, when they released Arn Anderson [1]. Shortly after, he signed with All Elite Wrestling.

Now, the WWE Hall of Famer is not going anywhere. He just re-signed with AEW for several more years.

“About a year ago, I said ‘I don’t want to be anywhere where I’m not wanted,’ and that’s the way I felt,” said Anderson. “A year later, it seems I am wanted somewhere and I’m very happy to say today I signed a multi-year contract with AEW.”

“I am absolutely thrilled to be here with all this young talent and watch this company blossom into being the platinum of all of our industry. Tony Khan gave me the news today and I’ve been smiling all day. So, it’s a great day for me. Thank you very much; glad to be here.”

SOCIAL EXCLUSIVE
We at #AEW [2] are proud to announce that @TheArnShow [3] has signed a multi-year contract with All Elite Wrestling.#ThankYouArn [4] for calling AEW your home. pic.twitter.com/fWOMWogWS6 [5]

After about 20 years with WWE, Anderson was let go in February 2019. To this day, his release remains questionable.

Apparently, Alicia Fox worked a live event while intoxicated [7]. Someone needed to take the blame and that fell on Anderson.

After that, people think WWE placed the blame on the wrong person. Still, Anderson seems happy with his new scenery.

Since joining AEW, Anderson’s most prominent role is his current spot. Currently, he is the coach of the first ever TNT Champion Cody Rhodes.

He continues to serve as the head coach for AEW. Anderson [8] was given that position when he joined in the second half of 2019. 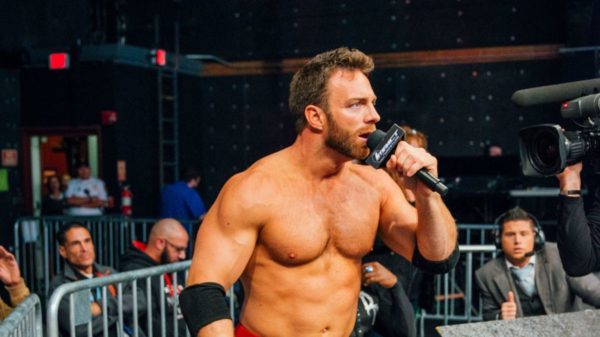 In the past, one of the biggest complaints about Impact Wrestling was not building stars. It was similar to the problem that would play a role in WCW closing.

Eli Drake [9] competed in Impact Wrestling and not many were familiar with him. Then, they lost a bunch of talent and Drake landed in the world title picture.

Despite finding success in Impact Wrestling, Drake could see the company was undergoing major changes. Plenty of cuts were made and now the roster features basically unknown names.

After his Impact Wrestling contract expired, Drake was rumored for AEW. There was more to those rumors as Drake confirmed how close he was to joining AEW.

“When I left Impact, there was [interest from AEW],” said Drake to WhatCulture [10]. “As a matter of fact, breaking news, I had two separate deals ready to go with them, ready to be signed.”

“To the point where I had even sent them my entrance music. We were about to be ‘go’. Then some things just fell through, and it didn’t end up happening.”

“They sent me one deal, we renegotiated, they sent me another. They were just waiting on my signature.”

In the end, Drake ended up signing with NWA. Currently, he is half of their tag team champions alongside fellow Impact Wresting World Champion James Storm.

When it comes to TV, AEW has the edge on NWA. Basically, fans can watch AEW Dynamite every Wednesday on TNT.

As the NWA, you are going to need to search the TV guide to find a local channel. Companies are not looking to hire due to COVID-19, but there are likely still eyes on Drake.