Due to COVID-19, WWE live events could be done. Also, Shawn Micaels goes over the heat he shared with the Undertaker for so many years.

Because of COVID-19, there has been talk of WWE live events being done. And, Shawn Michaels tells his side of the heat with Undertaker.

Besides TV, WWE would run several live events each week from all three brands. Now, there is some uncertainty if those card will return.

Due to COVID-19, WWE was forced to let go 40% of their employees last month. Many of the names were not on-air talent, but a few dozen wrestlers were also sent packing.

On top of that, many backstage producers were furloughed because WWE is not producing much content right now. A good portion of wrestlers let go were those that mostly worked live events.

Taking all that into consideration, there is a chance live events are done. In fact, Vince McMahon stated during the last quarter call with investors that WWE might be phrasing those events out.

WWE never properly utilized live events. Mostly, they put together the same matches with similar finishes for weeks at a time.

It did allow WWE to test some ideas before bringing them to TV, but mostly lower card wrestlers were featured.

As for making money, live events were cheaper than TV, but they rarely sold out. The ones that did took place overseas or in populated areas like New York City and Chicago.

Cheap tickets allowed more fans to attend WWE shows, but the company has bigger problems. Like the rest of the world, they will be feeling the effects of COVID-19 for years to come.

For now, WWE shows still have no fans in attendance, although that restriction might be somewhat lifted. They did get live TV back up and running and that matters before live events. 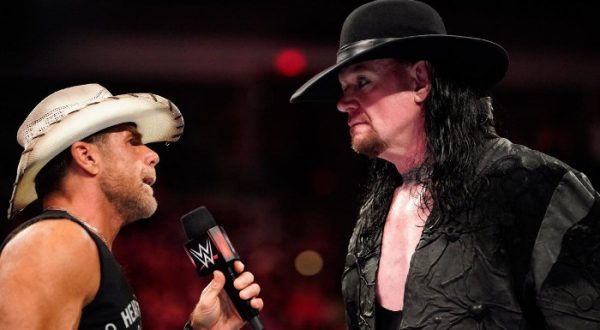 After all the tension, time has seemed to heal those problems. With age comes wisdom and people start to forget about the immature moments from the past.

Shawn Michaels and the Undertaker both found major success in WWE. Although, they were seen very differently by their peers.

Undertaker was respected by everyone and was viewed as the locker room leader. Unlike Michaels, who was known for being as a pain during much of his career.

While speaking with ESPN, Michaels opened up on their past problems.

“I think in some ways, when we were younger, we were frustrated because we had so much unbelievable natural chemistry in the ring with each other, and had zero of it outside the ring,” said Michaels. “At the time, I was an extremely difficult person.”

“He was less so. There was clearly never any real trouble between the two of us. We just did not care for one another because we were so different.”

In the ring, both always delivered. Their two WrestleMania matches are considered classics.

At WrestleMania 25, Undertaker won in what many consider the greatest match in the event’s 36 year history. The following year, Undertaker again won and therefore retired Michaels in the process.

Undertaker is nearing the end of the end of career, with many speculating he will retire in the next 12 months. As for Michaels, he returned for one more match, but he was missing that ‘it’ factor.