What a way to end a week-it’s SmackDown In A Nutshell! This one is all about a Friday Night Semi Fight.

As in, we’ve reached the semifinals of the Intercontinental Championship tournament.

While there may still be some not wanting to see Sami Zayn [1] not be the champ, WWE is nearly to the end of the tourney. A replacement Intercontinental Champion will be crowned in two weeks!

Will tonight give us any other surprises? There’s rumblings that we may have an NXT Superstar debuting [2] on the blue brand soon…maybe tonight?

Things are heating up all around, we’re unofficially in summer, so let’s enjoy this Friday Night Semi Fight!

Saw this tweet, and I think it says it nicely..

I love how hard hitting they are. #SmackDown [3] pic.twitter.com/rmzut99onp [4]

Only a few matches, so the pickings are slim. That said, I guess I’d like Sasha and Alexa the least? Just wasn’t as good as the others. 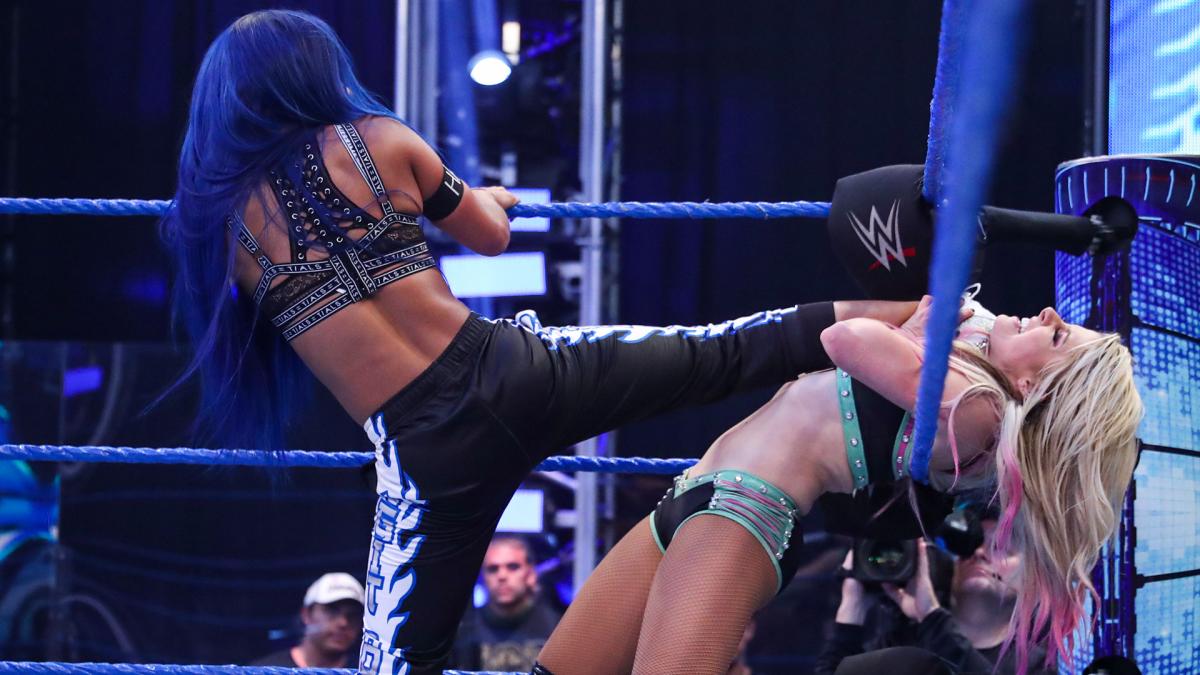 Could be Daniel Bryan for the win? Could be Jeff Hardy? 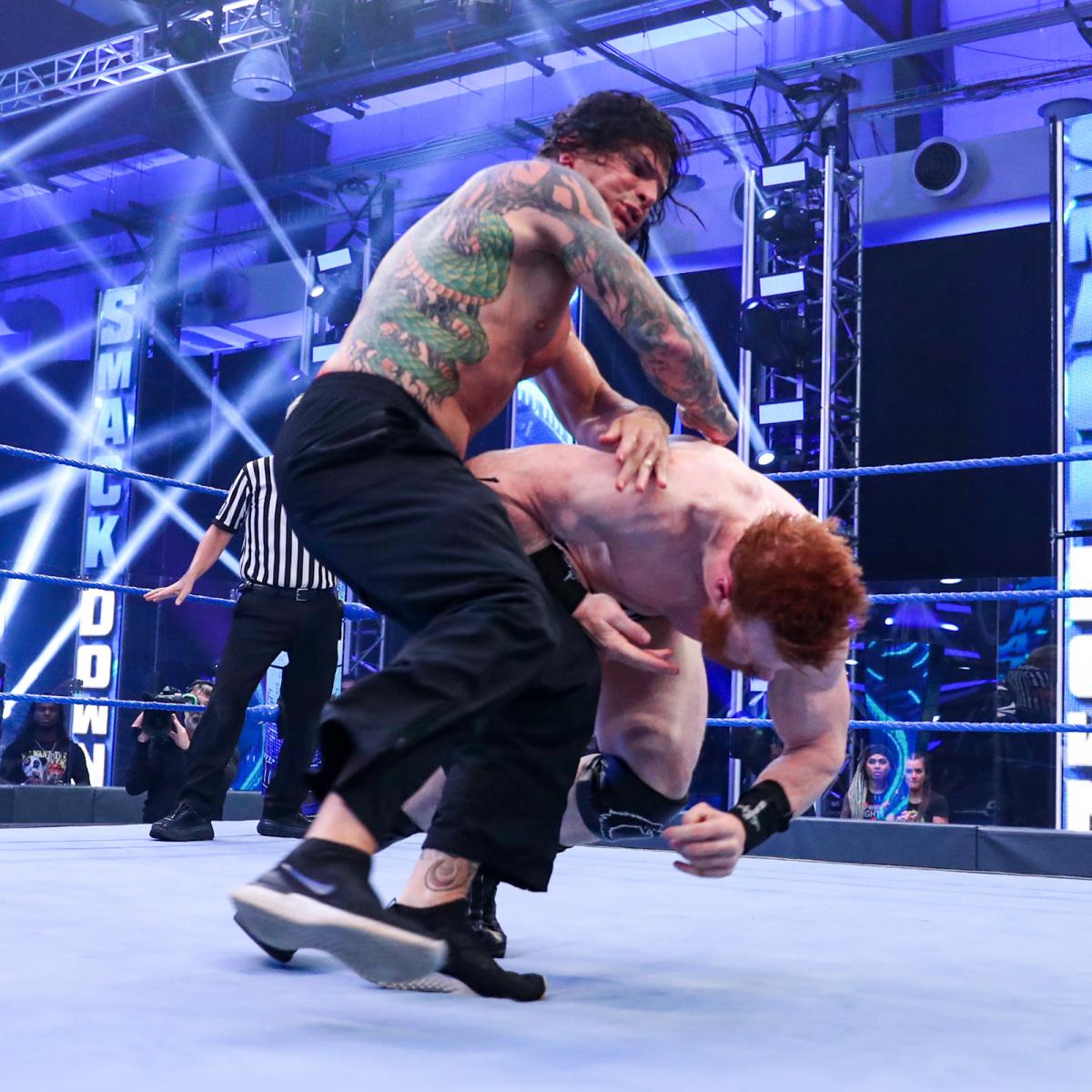 I am flexible on this one.

They kind of framed Shorty G winning as an upset. It’s not really a big one, but I’ll allow it. 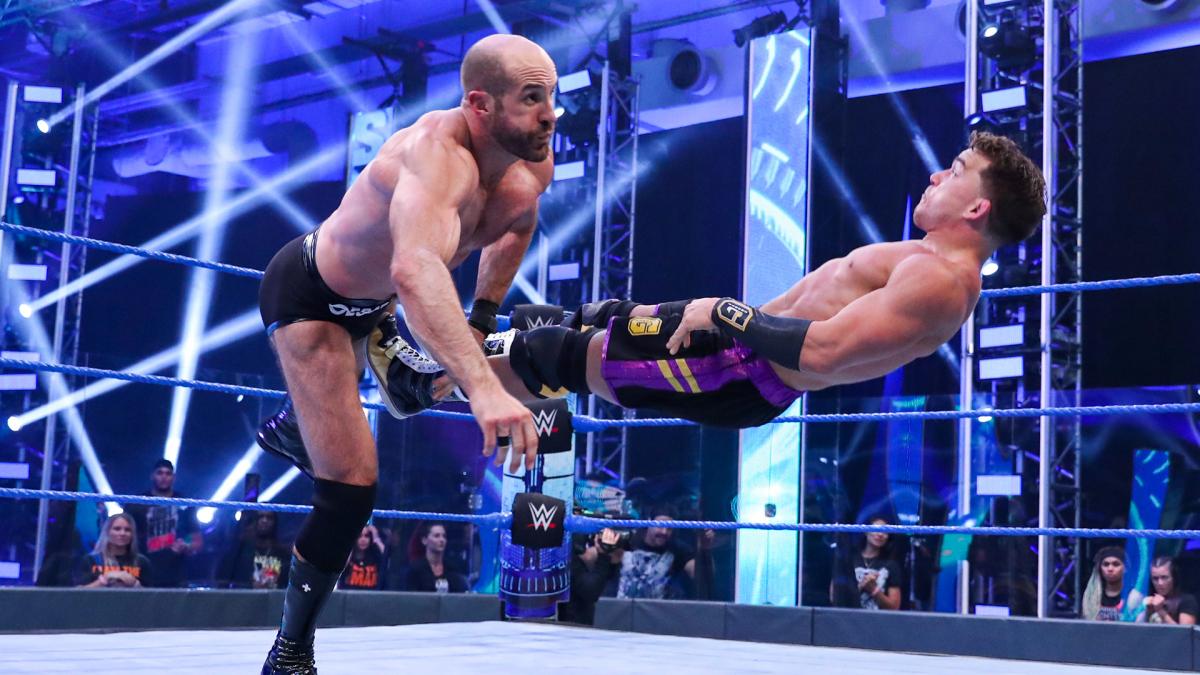 I am kinda stunned WWE went there…but then, it’s WWE, so maybe I shouldn’t be. 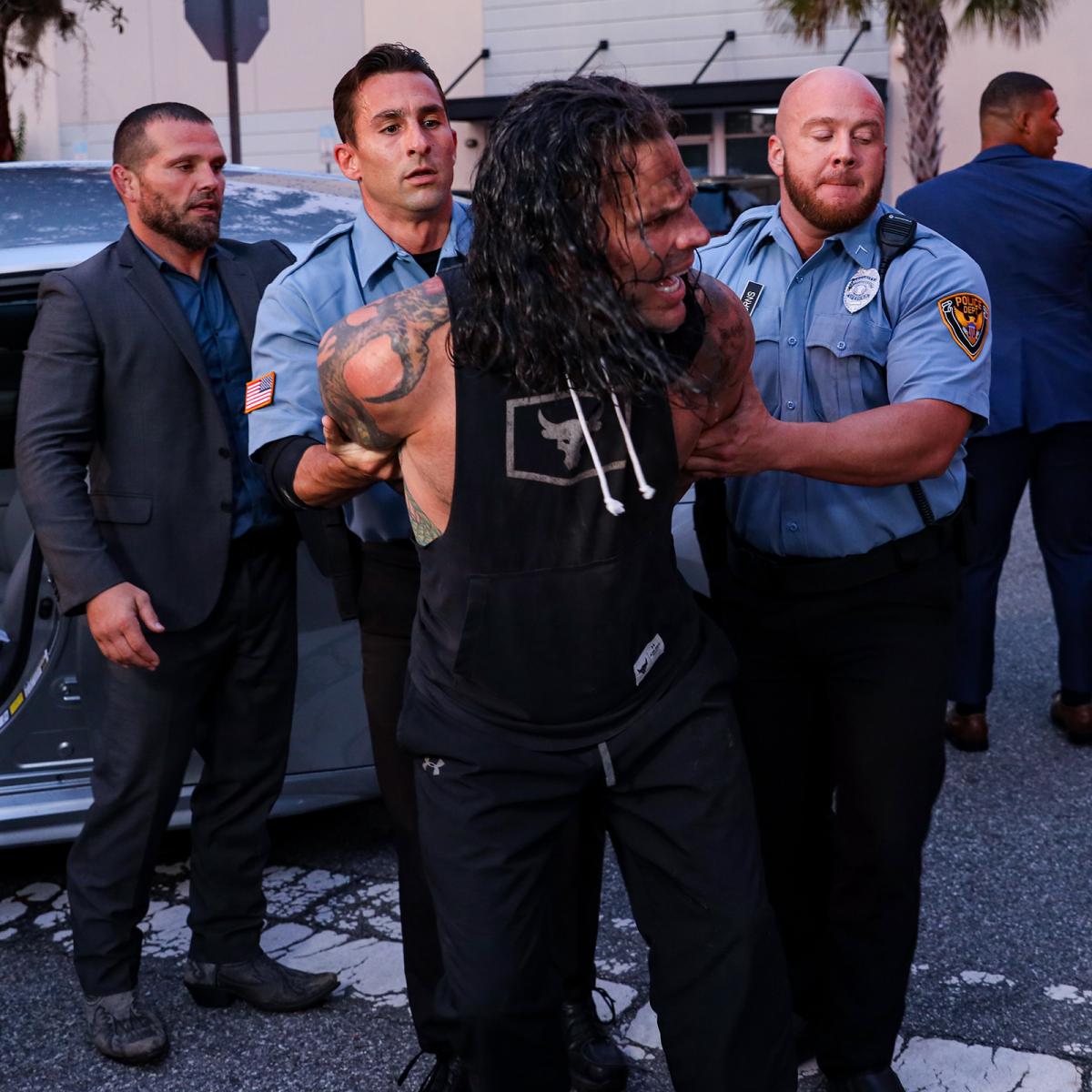 After setting up the redemption arc of Jeff Hardy, we started tonight with a “drunk” Jeff Hardy hitting Elias with a car. Elias was “injured” and Jeff was arrested, causing both men to miss their scheduled tournament matches. 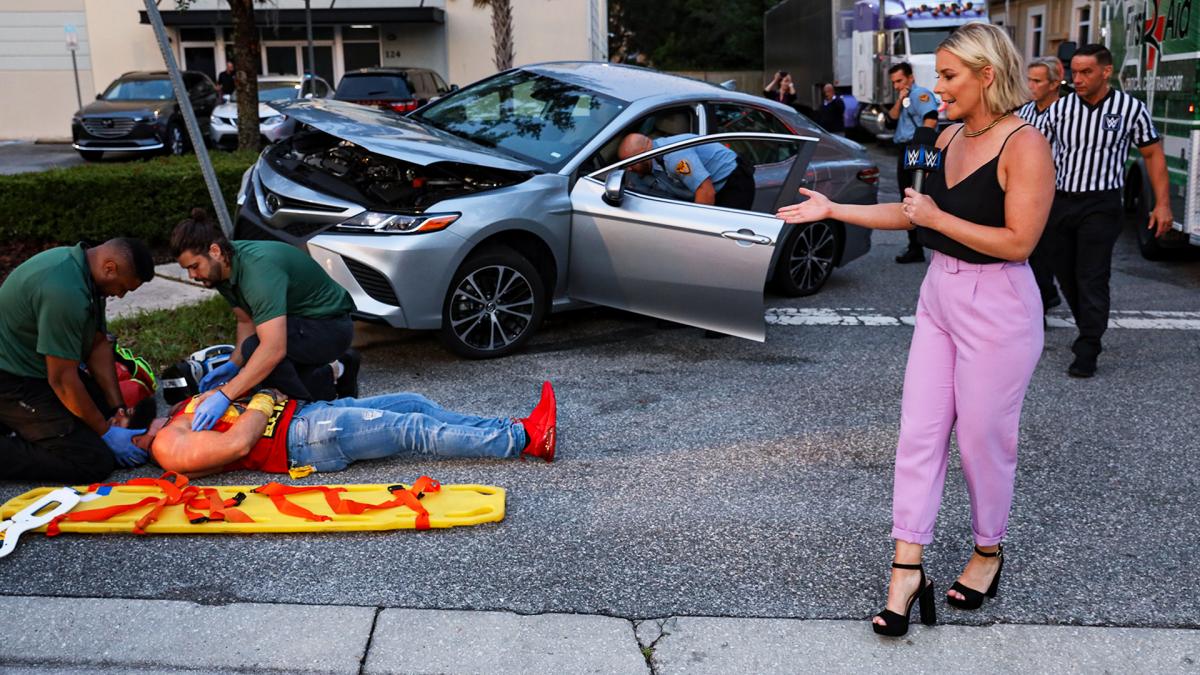 When you thought you were in for a night nice of wrestling and you start with Jeff Hardy being arrested for drink driving and hitting Elias with his car:#SmackDown [3] pic.twitter.com/TGRNnqhk2F [6]

Now, based on how the show ended, I am going to leap to the conclusion that Jeff was framed by Sheamus, furthering that feud in the process. Just a wild guess.

Still, given Hardy’s checkered past and very recent stint in rehab, it is somewhat surprising that they’d go there.

So, speaking of Jeff Hardy…I am going to call that segment a botch.

I presume (hope?) that Hardy was consulted on it. Perhaps given some creative control even.

However, I am not overly fond of using his struggles to garner sympathy for him, and then go there (even if it does seem like it will ultimately be Sheamus responsible for things).

Yep, they really got Jeff Hardy being arrested on tv, this is really bad timing with everything that’s happening in the country yo #Smackdown [8] pic.twitter.com/Qy0FS6QEOI [9]

Now, the only thing I can say about it is that SmackDown, as I understand it, was actually taped Tuesday. Things really heated up in Minnesota and elsewhere as of a night or so back.

So, one could argue that as tone deaf as the segment might appear to be, it was shot before things went south.

That being said, if it was taped, you could make a case to scrub the segment and rush a re-shoot of something else…because it would have been a wise thing to do. 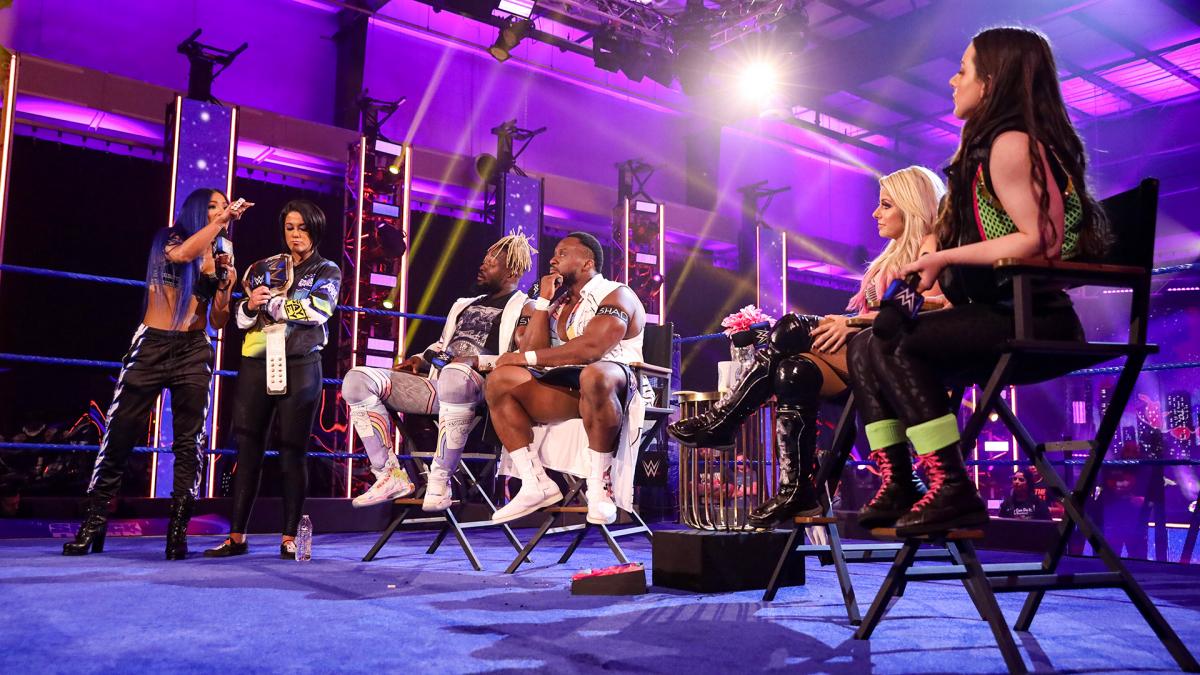 Not exactly a joke, but I enjoyed the verbal sparring that happened on A Moment Of Bliss. It may be a long slow burn to get to the Sasha/Bayley feud, [11] but the zingers along the way have been solid.

We have a Shorty G sighting! I was excited to see him back…even if I was still hoping for the rumored stable [12] with him and Daniel Bryan and Drew Gulak. 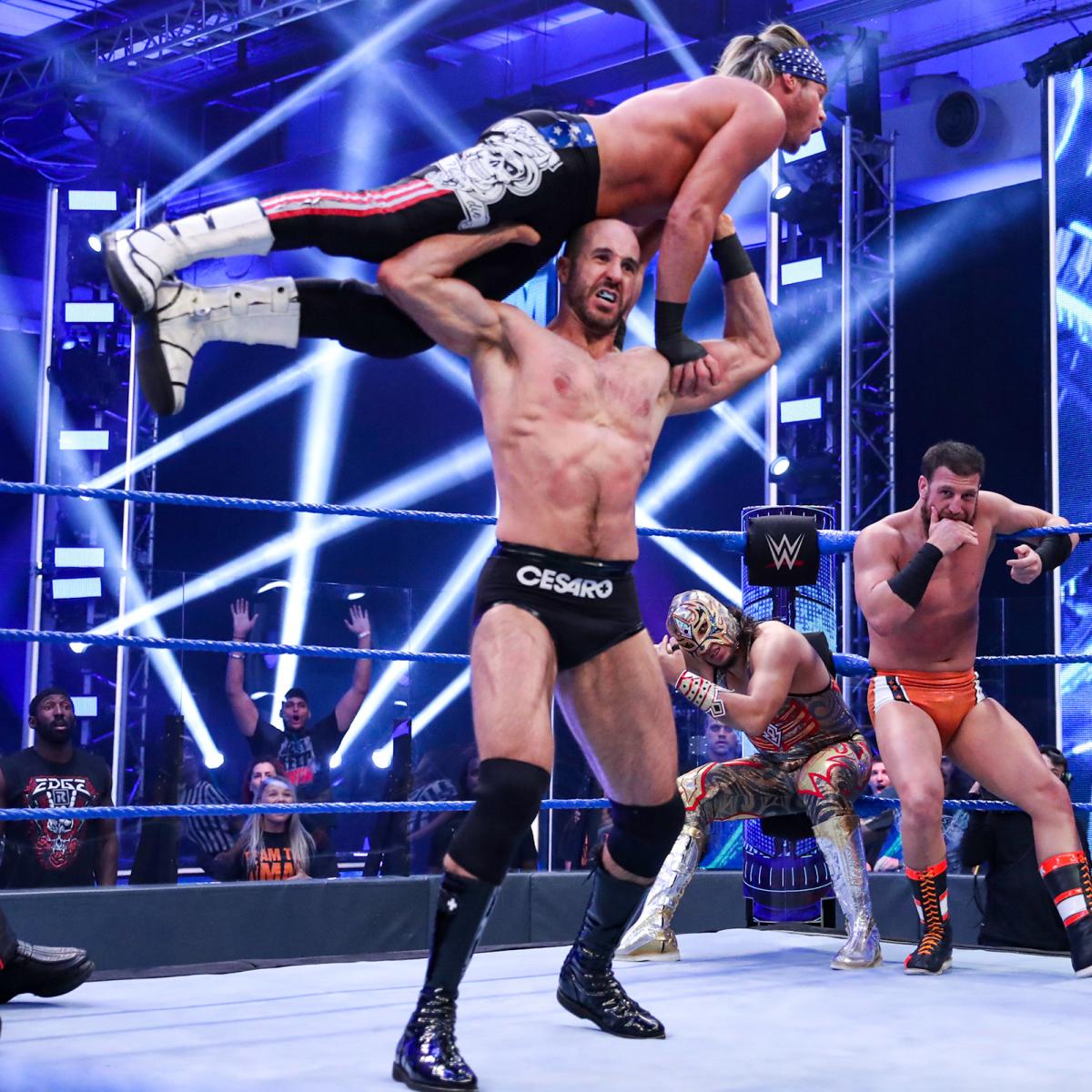 We also got the confirmed arrival of Matt Riddle, as had been rumored earlier this week. Here’s hoping they don’t waste him on the blue brand.

My biggest complaint was the Hardy opening angle…even though it does seem that it will be used to get more heat on Sheamus.

This may be one that doesn’t work out as well, without the fan reaction.

I get it if you hated the Hardy thing. I know I was not overly thrilled at the onset.

However, this one all depends on the payoff. If how the show ended is any indication, then this might actually turn out OK.

Happy to see what Riddle will do, and curious we are seeing more of Kurt Angle this week, even though he’s been released.

I’d argue that this show was a bit better than other recent efforts. Light on match count, but part of that was the battle royal-which was actually enjoyable enough.