Keep on eye on RAW as it looks like a new WWE stable is forming. Also, Christian is posed with the question if he will return to the ring like Edge.

MVP [1] appears to have the central piece to his stable in Bobby Lashley [2] nearly locked in.

During the recent episode of WWE Raw, MVP met up with Lashley backstage to discuss his performance in a no-disqualification match with Humberto Carrillo. Of course, this also brought out Lana, Lashley’s on-screen wife, who reacted as one might have expected.

MVP, who also works backstage as a WWE producer, pointed out that he could help elevate Lashley to where he wants to be.

The partnership between MVP and Lashley took a step in the right direction when the part-time MMA fighter attacked R-Truth following a match.

MVP, pairing up with NXT superstars Shane Thorne and Brendan Vink, was pinned by R-Truth in a bout also involving Ricochet and Cedric Alexander. After, Lashley attacked R-Truth and MVP delivered a nasty final blow.

Lashley also replaced MVP in a bout with R-Truth at WWE Money In The Bank [8] recently.

On Twitter, Lashley had a simple message for MVP.

For now, reports have just Lashley as the main focus for the stable being constructed by MVP. But, Thorne and Vink could also be included in it.

The 43-year-old Lashley previously held the ECW title twice along with two runs as the WWE Intercontinental champion and another reign as United States champion.

MVP had his own success in WWE, winning the United States title twice and the tag team belts with Matt Hardy. 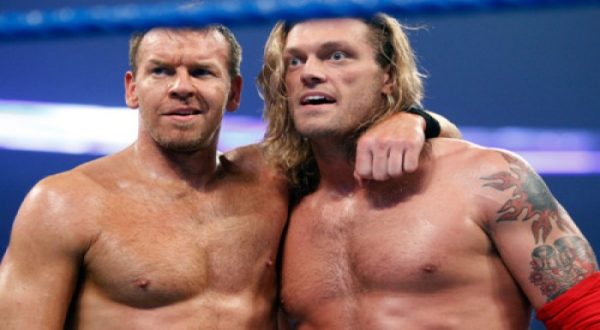 While fans have been overjoyed with the return of Edge, his former partner in crime and life-long friend, Christian, is not in the same capacity to make a return to the WWE ring.

Christian, a former champion who retired in 2014 following a series of concussions, explained to talkSPORT’s Alex McCarthy [12] that he is not capable of doing the same and following Edge back into the ring.

“They’re different injuries,” Christian said (thanks to SportsKeeda [13] for the quotes). “I just think that there’s not enough known yet about concussions and those sorts of things.

“My situation is much different than Daniel Bryan’s. He was, what in his 30s when this happened? I was in my 40s, so very different parts of our careers, and I feel like I’m content with what I accomplished.”

The 46-year-old Christian won the WWE heavyweight title twice and also the ECW title on two different occasions. Along the way he was also a European, Hardcore, Light Heavyweight, Intercontinental and tag team champion.

Therefore, making him the 11th grand slam and 23 triple crown winner in WWE.

At WrestleMania 2000 after E&C won our first tag titles I found myself alone in the locker room w/ Howard Finkel after the show. I said “Howard, I’ve waited my whole life to hear YOU say those words”.. AAAND NEWWW.. he hugged me.. He was genuine. He was the best. RIP

“I just don’t feel the need to go back and dip my toes in the water at all,” he added.

Currently, Christian is a co-host of The Edge And Christian Show on WWE Network. Also, he is on the Pod Of Awesomeness featuring his long-time friend.

He also works on WWE Backstage as a co-host and is the host and judge of History Channe;s Knight Fight.

Relive some great @WWE [15] moments including Best Of @EdgeRatedR [16] WrestleMania Matches tonight on @FS1 [17] starting at 7pm ET.. I’m sure I’ll be hanging around somewhere.. followed by #WWEBackstage [18] at 11pm ET pic.twitter.com/hHSFSJFnQB [19]

Edge, meanwhile, is set to continue his feud with Randy Orton after taking time off following WrestleMania 36.