A new rumor provides details on what Leslye Headland's announced female-centric Star Wars series will be about and how it connects to The Mandalorian.

A new rumor provides details on what Leslye Headland’s announced female-centric Star Wars series will be about and how it connects to The Mandalorian.

The rumor comes from YouTuber Doomcock and provides details on what might occur in Season 3 of The Mandalorian and the events that spin off of it.

Doomcock explains, “In Season 3, Boba Fett will take his helmet off and he will be revealed to be a woman.”

He explains, “This my source claims is how Boba Fett being a woman will be explained if Kennedy gets her way on this.”

He continues, “My source claims the plan is to have Sabine Wren take Boba Fett’s armor, become Boba Fett, and her subsequent adventures as female Boba Fett will lead into an animated show on Disney Plus.”

Doomcock then states, “This is allegedly the series that Leslye Headland will be working on.”

Headland’s series was first rumored at Variety and was described as “female-centric.” They didn’t provide any other plot details, but they did note that it would take place “in a different part of the Star Wars timeline than other projects.” 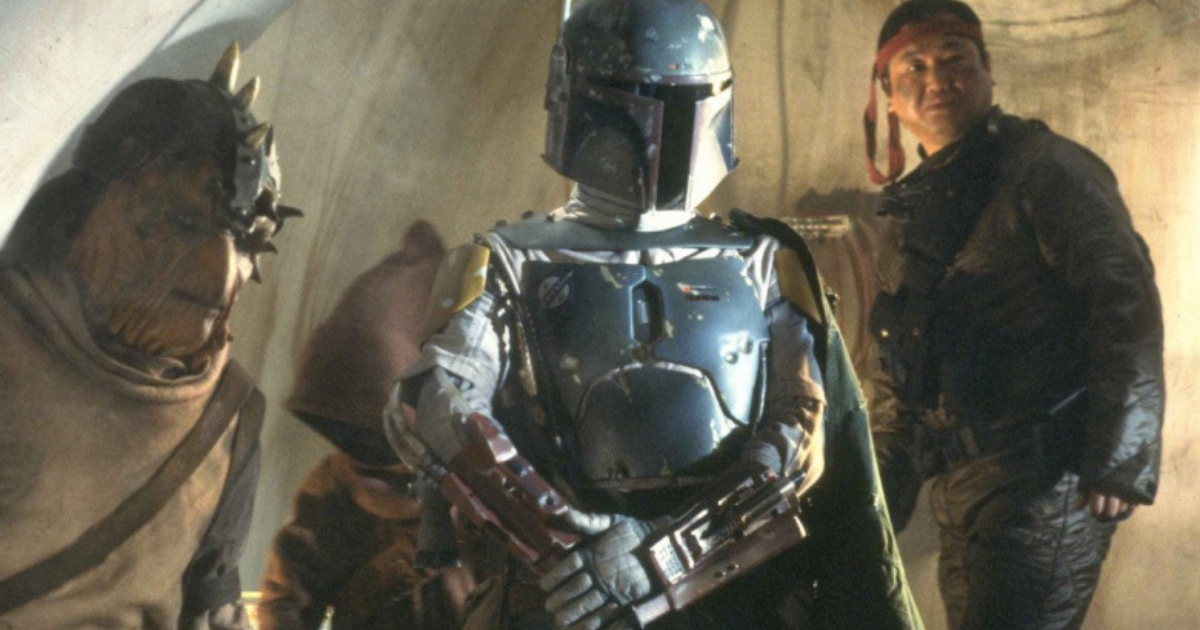 Star Wars would officially confirm Headland was working on a series on May 4th via a press release, but they had even fewer details than Variety’s original rumor.

“In addition, Emmy®-nominated writer Leslye Headland (Russian Doll, Bachelorette) is currently developing a new untitled Star Wars series for Disney+. Headland will write, executive produce, and serve as showrunner for the series, which adds to a growing list of Star Wars stories for Disney’s streaming platform including The Mandalorian, now in post-production on Season Two, and two other previously announced series: one based on Cassian Andor’s life prior to the events of Rogue One: A Star Wars Story and another following the adventures of Obi-Wan Kenobi between Star Wars: Revenge of the Sith and Star Wars: A New Hope.”

There have also been a number of rumors regarding Boba Fett and The Mandalorian Season 2. While Doomcock states that Boba Fett has been confirmed to appear in the show, that has not officially been confirmed.

Related: Rumor: Boba Fett To Appear In The Mandalorian Season 2

There is a rumor from The Hollywood Reporter that Fett will appear in Season 2. They explained, “Sources say Morrison will play Boba Fett, the famed  bounty hunter who first appeared on the big screen 1980’s Star Wars: The Empire Strikes Back and who seemingly died in 1983’s Return of the Jedi as he fell into a sarlacc pit.”

There is some validity to the rumor as the sound cue for Boba Fett from the Star Wars special editions is heard at the end of The Mandalorian: Chapter 5 as pointed out by YouTuber Script Doctor.

Editor-in-Chief of Cinelinx Jordan Maison details that Morrison will play another character as well as Boba Fett.

Boba Fett isn’t the only role Temuera Morrison will play in the show….#StarWars

Maison was not alone with this rumor. Scooper Mikey Sutton also detailed that “Morrison is playing two people.”

Fan speculation indicates this character could be Commander Rex, but no hard details have emerged.

Related: Rumor: Boba Fett Project In The Works For Disney Plus

With the rumor that Boba Fett might be showing up in The Mandalorian Season 2, a new rumor emerged that there are also discussions of a Boba Fett project in the works for Disney Plus.

That rumor came from Andy Signore at FandomWire. Signore wrote, “We can exclusively confirm that even more Boba Fett is in the works.”

He did note, “Its important to stress, that “In-Development” means teams connected to Lucasfilm are prepping and writing the following projects. It does not guarantee they will all make it to air.”

No details on what the story would be were revealed although Signore indicated it could lean into James Mangold’s creative details for his cancelled Boba Fett movie as well as Josh Trank’s pitch for the character.

Following this rumor we would get another rumor regarding actor Timothy Olyphant’s role in The Mandalorian. This rumor came from Slash Film, the outlet that also put forth the rumor that Ahsoka Tano is going to show up in The Mandalorian Season 2.

This rumor detailed that Olyphant would play a character named Cobb Vanth who is the de facto mayor and sheriff of Freetown, which was formerly called Mos Pelgo, a settlement on Tatooine.

Vanth is already an established character appearing in Chuck Wendig’s Aftermath novel series. In the series, Vanth acquires a set of Mandalorian armor from Jawa traders. The armor is heavily insinuated to be Boba Fett’s armor.

In fact, Jabba the Hutt’s Beastmaster Malakili recognizes the armor and describes it as “eerily familiar.” Upon seeing it his “innards clench.”