Anderson Silva [1] has announced he’s undergone successful knee surgery and that he plans to fight again. But, based off comments the legend made, it sounds like the end of his storied career is right around the corner. 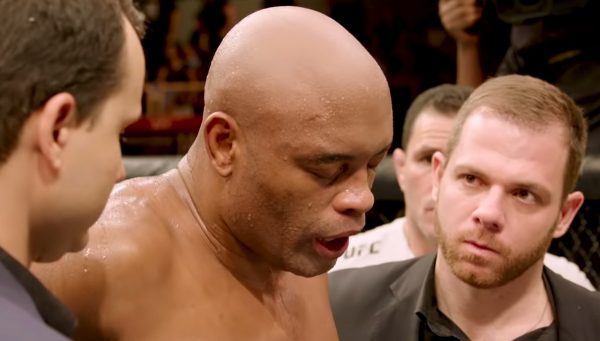 The former middleweight champ hasn’t fought now since May, 2019, when he suffered a knee injury in a stoppage loss to Jared Cannonier. After the defeat, Silva reported he was questioning whether it was time to hang up the gloves. [2]

Well, more recently, Silva posted the video below. According to a translation from MMA Fighting [3], Silva siad the following:

“I finished my knee surgery. I will recover now,” Silva said in Portuguese. “I’m fine, and wanted to thank everyone’s support, and (thank) my fans that cheer for me.

I’ll be 100 percent soon, and do my two fights in the UFC. I wanted to thank every UFC fan. I finished my surgery and everything is fine, I’m going home. Thanks.”

Now, Silva reportedly didn’t mention retirement specifically. But, since he did confirm he’s going to return to the UFC for two more bouts, one could infer he’s planning to retire after that. The legend turned 45 last month, and by the time he’s ready to compete again, he’ll be approaching 46.