While all wrestlers are arguably tough, some stand out when it comes to being a legit badass! But which WWE wrestlers have made the top 10?

Most wrestlers are tough, because you need to take an incredible amount of bumps and hits. That being said, there are some legit badasses in WWE history that would make quick work of even the most experienced wrestler.

Who made our list of 10 most legit badasses in WWE history? 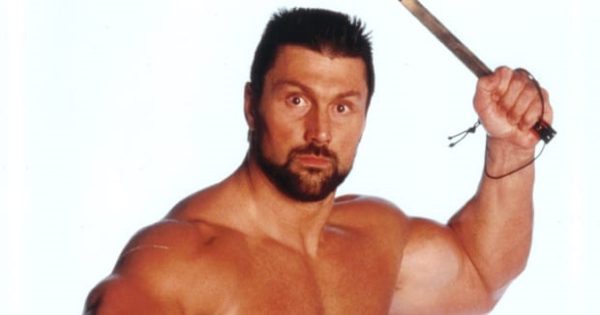 When we have to choose a guy that could carry the title of most legit badass in WWE history, it would undoubtedly be Steve Blackman. Of course, we can support that statement with plenty of evidence.

During his WWE stint, Steve Blackman received the nickname “The Lethal Weapon”. He got that name for a reason, as Blackman was a former bodybuilder and martial artist!

There is one story going around about Steve Blackman that is worth noting as well. After being ribbed on by JBL on a regular basis, Blackman eventually got fed up and knocked the WWE legend out at the Kansas City Airport.

And the tough stories continue, from owning his own martial arts school to working as a bail bondsman, this is one legit badass! 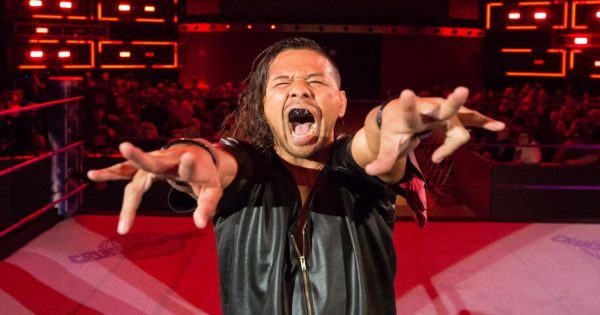 The WWE’s King of Strongstyle is also a legit badass. In fact, the wrestler practices Vale Tudo, a full contact sports with very few rules.

Shinsuke may be 6’2″, but he is one of the toughest guys in WWE history. He was even offered a UFC contract in 2005, even though he signed with New Japan Pro Wrestling.

While Shinsuke no longer considers a run in mixed martial arts, I wouldn’t want to take this guy on in a fight. 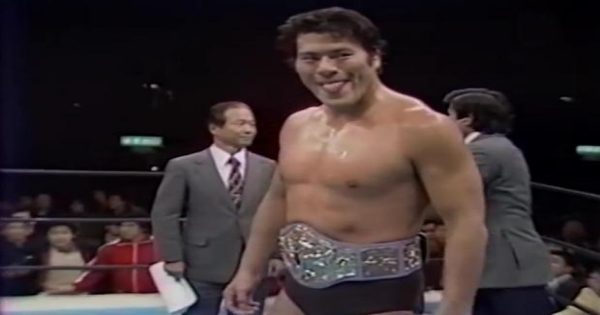 When he founded New Japan in the 70’s, Antonio wrestled for the McMahon’s WWE promotion. This is how he ties in with WWE history.

Antonio Inoki has an impressive background in sports, from shot put and discus to martial arts, this man is one of the toughest guys walking around in Japan. 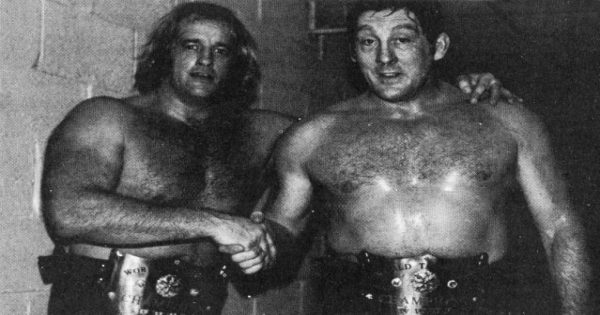 Since Karl Gotch received the nickname “God of Wrestling”, he could not be missing from this overview of toughest wrestlers in WWE history.

Karl Gotch was one of the most impressive wrestlers in the world. Not only did he master Greco-Roman wrestling, freestyle wrestling was in his repertoire too.

We also need to mention that Gotch was responsible for turning the German suplex to what it is today. Originally, the move looked quite different, but Gotch turned it into one of the most popular moves today.

As he was the son of an army drill sergeant, Lashley joined the army when he was younger. He also competed in the International Military Sports Council event, where he won gold and silver in freestyle wrestling.

But the toughness does not end there! Back in 2003, Lashley suffered a gunshot to the leg at the hands of a bank robber!

While he intended on competing in the 2004 Olympics, he recovered from his gunshot wound and started a career in pro wrestling. In addition to that, he also owns an impressive MMA record of 15-1-0.

Over the years, Lashley suffered numerous injuries. But every time, he returned stronger than ever before! 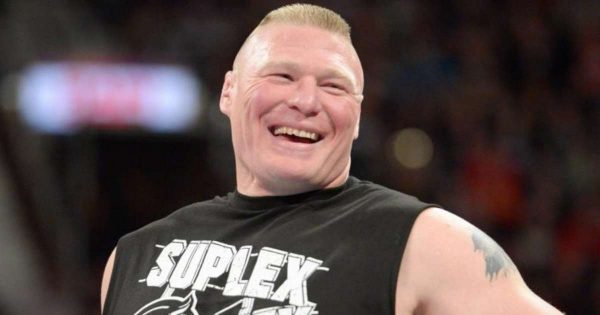 I may be very critical of Brock Lesnar most of the time, but there is no denying that the man is one of the toughest people on the current WWE roster.

Unfortunately, failed drug tests put a damper on Brock’s career after winning against Mark Hunt. Nevertheless, The Beast Incarnate’s impressive physique and mixed martial arts background earned him a spot on the list. 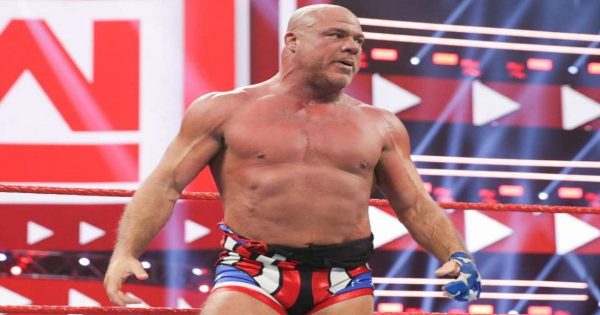 Kurt Angle earned his “Cyborg” nickname among his colleagues. From wrestling with a “broken freakin’ neck” to earning a gold medal at the 1996 Atlanta Olympic Games, there is little Kurt Angle has not achieved.

Despite countless injuries and an addiction to painkillers, Kurt Angle came out stronger than ever and achieved one of the most successful careers in the business. Now, that’s the ultimate survivor story. 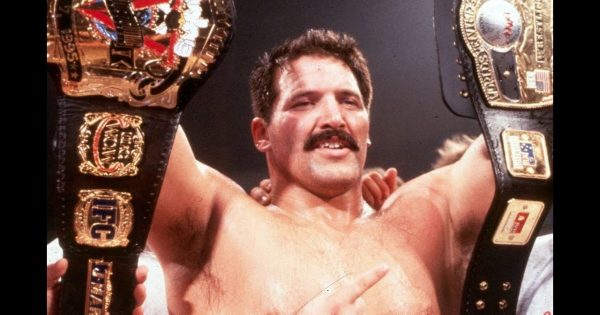 Brock Lesnar was not the first man to receive the nickname “Beast”, as this honor is squarely awarded to none other than Dan Severn. With a 5th degree black belt in Judo, 2nd degree black belt in Jiu Jitsu and 1st Razryad international master in Sambo, it is clear why he obtained that name!

Dan “The Beast” Severn started his WWE career in 1997. While he did not make the biggest impact in World Wrestling Entertainment, he retired with an MMA record of 101-19-7. 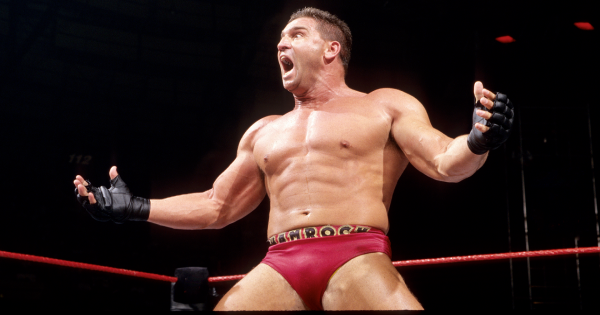 Another UFC fighter turned wrestler is Ken Shamrock, who also deserves a spot on our list. In fact, he did what Dan Severn could not in the WWE, forge a successful career in World Wrestling Entertainment based on his MMA career. 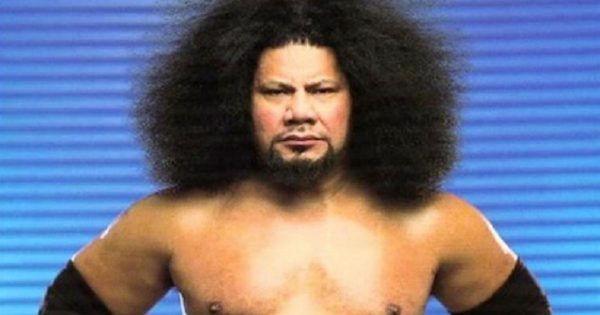 They do not come much tougher as Dwayne “The Rock” Johnson uncle Haku. In fact, the man acquired a reputation as the toughest SOB around.

Stories going back decades state that Haku could make the entire locker room freeze in fear. From fighting with Brutus “The Barber” Beefcake to a backstage brawl with Jimmy Jack Funk, there is plenty of toughness surrounding the wrestler.

More Tough Male Wrestlers We Could Have Added 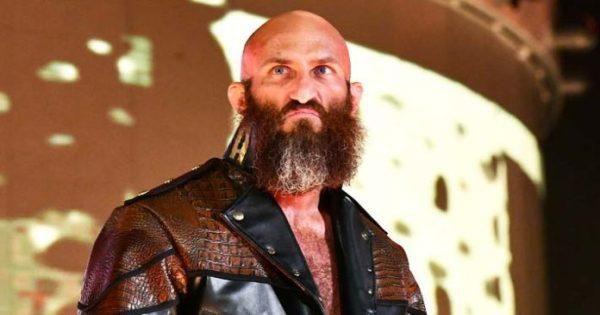 It is difficult to select tough wrestlers, especially since many come back from injuries that would be debilitating for most people for the rest of their lives. Tommaso Ciampa, Aleister Black and many other people could have been added to our list, so they certainly deserve an honorable mention too. Which do you think are the toughest wrestlers in WWE history?