ONE Championship is home to many of the planet's best strikers. Recently the promotion shared out a must-see video featuring one of them: Lerdsila Phuket Top Team.

In recent years, ONE Championship has signed many of the world’s best kickboxers and Muay Thai fighters, including Lerdsila Phuket Top Team. If you’re not familiar with Lerdsila, and or enjoy all-star striking, read on. 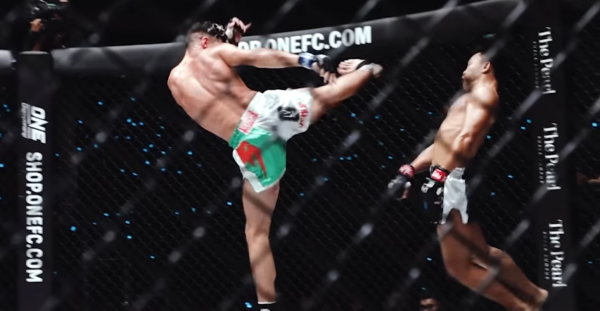 Recently ONE shared out the video below, which showcases Lerdsila’s reflexes and renowned striking. Abilities the 39-year-old has used to win multiple world championships, in multiple divisions, and record a record of 190-32-5.

Lerdsila’s run with ONE Championship

The Thai fighter signed with ONE in 2018, and since that time he’s gone 4-1. In December, the Phuket Top Team fighter dropped a decision to Elias Mahmoudi, which snapped Lerdsila’s 14 fight, undefeated streak.