With the combat sports world still largely shutdown, on account of the coronavirus, why not watch Mark Hunt's 2001, jaw-dropping finish of Jerome Le Banner?

It remains to be seen when much of sporting world will start holding games and fights again, due to the ongoing, coronavirus pandemic. But, if you’re starving for some combat sports, GLORY’s been sharing out some classic kickboxing fights. 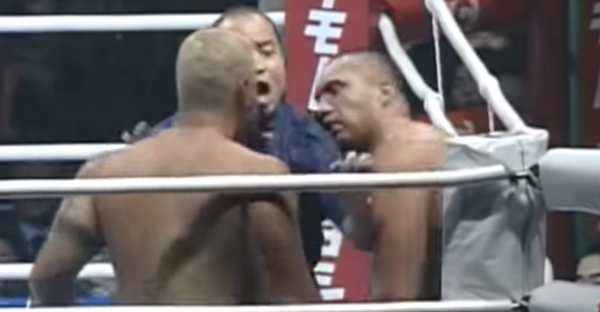 Hunt went on to win the entire grand prix with follow-up wins over Stefan Leko and Francisco Filho.

Although Le Banner came up short in their 2001 bout, big time, the heavyweight went on to score decision wins over Hunt twice in 2002.

Hunt started competing in MMA bouts in 2004, under the PRIDE banner, and he competed in his last kickboxing match in 2008. The feared slugger went 30-13 during his kickboxing career.