A Twitter account using the name "SportsCenter" just tweeted out news that Colin Kaepernick had been signed by the New York Jets duping thousands.

Thousands of users retweeted a claim by ‘SportsCenter’ that Colin Kaepernick had been signed by the New York Jets. Amid all the fuss, it seems no one bothered to fact check the account which used the handle “@SuperToughScene”. Whether a belated April Fool’s prank or straight fake news, countless users were duped and the chaos that ensued was very real!

“JUST IN: The New York Jets have signed free agent QB Colin Kaepernick to a 1 year / $9 million contract,” the account tweeted, claiming the information came from NFL Senior NFL Insider Adam Schefter, who has not tweeted anything indicating that Kaepernick has been signed.

Of course, it wasn’t just the public that jumped on the fake tweet. Even mainstream outlets fell for the tweet and reported it as news, including FOX8, who has since admitted their mistake.

Blue check marks were fooled by the tweet as well. Not surprisingly, it was the prominent people who wanted the news to be true that jumped right on board. 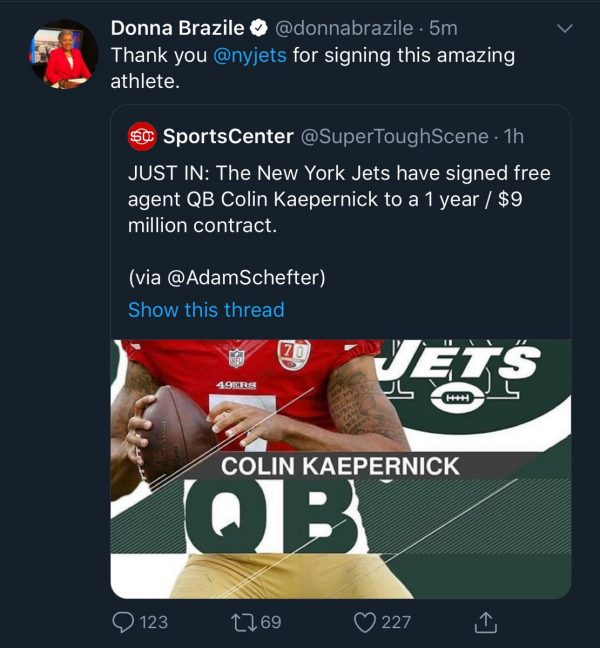 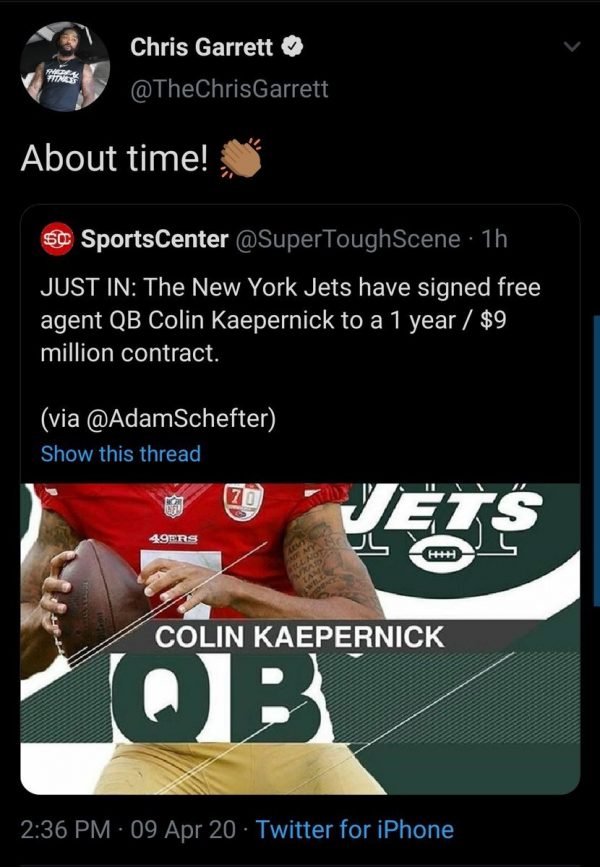 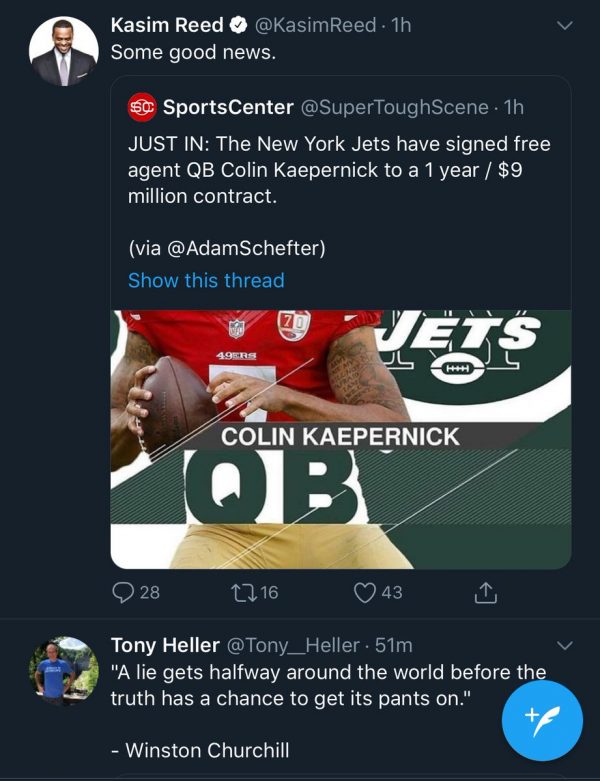 This serves as a reminder to be careful to verify everything you read on the internet, as you never know when someone could be trolling or pulling your leg.

The MSM believed Colin Kaepernick signed with the Jets based off a FAKE (parody) Tweet.

Tell me more how we are suppose to trust their coverage of Covid-19…..

This comes three days after Donald Trump Jr. spoke out to mock Kaepernick, calling him “the most nonessential employee in American History” in a post on his Facebook page.

The son of President Donald Trump posted a photo showing Kaepernick leaning along with the caption “the most nonessential employee in American history.”

“Hard to argue,” Trump Jr. wrote next to the photo.

Kaepernick was a quarterback for the San Francisco 49ers back in 2016 when he started taking a knee during the national anthem before his games.

The NFL player claimed that he was doing this to protest against racial inequality in the United States. But, many Americans saw this as a clear sign of disrespect towards the American flag and those who have fought and died for it.

Kaepernick was dropped by the 49ers after the 2016 season, and he has not been signed by another team since then.

Liberals claim that Kaepernick has not been resigned because the NFL is racist. But others countered that he was a subpar quarterback given Kaepernick led the 49ers to a losing record during his final season.

To be frank, it’s a huge relief that the tweet about Kaepernick being signed by the Jets is false, as he does not deserve to play professional football.

Someone who has as little respect for America as he should not be given a platform to spew his unpatriotic hate.