Roman Reigns Plans With The WWE In The Foreseeable Future

Roman Reigns won't be back in the WWE for the foreseeable future due to the coronavirus pandemic, but there could be complications with the WWE too.

Roman Reigns withdrew from his match against Goldberg at WWE WrestleMania 36. Putting his health first, Roman decided that it was unwise to continue wrestling.

Unfortunately, Roman received quite a bit of backlash because of his withdrawal. Now, speculation continues on when he will return.

The Wrestling Observer Newsletter claims that Reigns will not be returning to wrestling in the foreseeable future. They also claim Roman will choose his own return date.

Unfortunately, the coronavirus intensified over the past couple of weeks across the world. So, Roman may be staying on the sidelines for a longer period.

Considering the outcome of the Goldberg – Braun Strowman match, it is clear that Roman was lined up to be the next WWE Champion.

Since Strowman is going ahead as champion now, Roman is not needed urgently for storylines.

Why Reigns Needs To Isolate 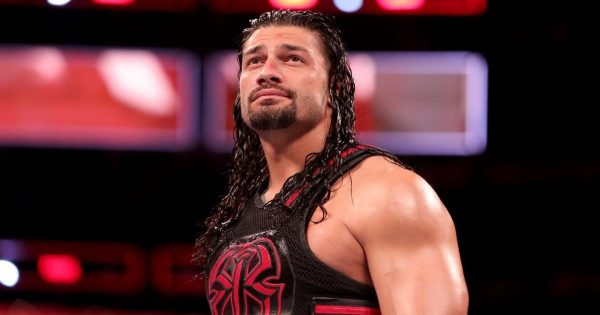 Even though many fans have reacted poorly to Roman’s decision, it was the right thing to do. After all, Roman had his fair share of health problems.

The recent recovery from leukemia puts him in a high risk group. And, with the coronavirus pandemic, it makes the best sense for him to stay out of the ring.

Cancer and associated treatments can influence the body’s ability to fight infection. The coronavirus causes a severe infection of the lungs, so isolation is the better option for anyone who has cancer or recently recovered.

The general advice for current and recovering cancer patients is shielding. In other words, patients must isolate for 12 weeks and stay at home.

With the shielding recommendation in place, it could mean we won’t see Roman Reigns for another 12 weeks at least. We also need to think about the current coronavirus spread and the chances of infection after the lockdown.

There are significant rumors that the WWE is furious with Roman Reigns. After all, he withdrew from one of the biggest matches of WrestleMania and a title win.

Roman has every right to think of his health and his family first, but not everyone sees it like that. Revenue is a top concern of a company, so many wonder if Roman will receive a punishment for his actions.

While the company cannot retaliate officially, a punishment can come in many forms. For example, Roman could be demoted to the B-list or not get a championship opportunity for years to come.

As it stands, the WWE did not come to the defense of Roman after he made the announcement. Let’s hope they don’t punish him for making the smart decision.