There is discussion of women headlining the first night of WrestleMania 36. Also, Scott Dawson is no longer a WWE superstar as his contract expired. 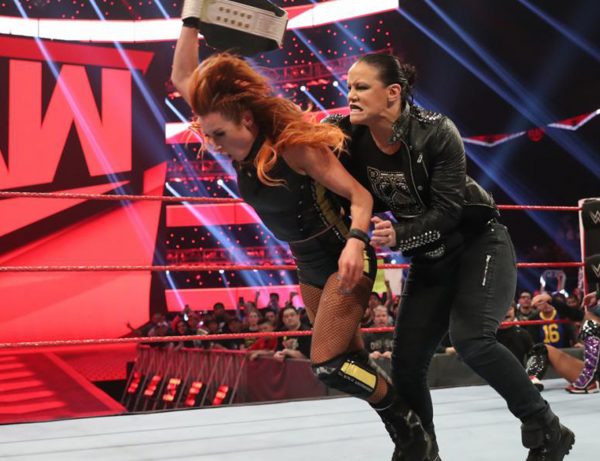 Last year, the women made history as they were in the main event of WrestleMania 35. It was a first for WWE as Becky Lynch defeated Charlotte Flair and Ronda Rousey to leave with all the gold. Now, there is speculation of Lynch taking on Shayna Baszler as one of the main events. Remember, WrestleMania 36 will be broken into two days because of the coronavirus.

Worth noting, this is far from official. AND, w/ Mania being pre-taped, theoretically, WWE could change the lineup of the matches as to how they appear on the show after they are taped. Quality could make a difference.

Initially, the idea was for Bill Goldberg vs. Roman Reigns and Brock Lesnar vs. Drew McIntyre to close each night. WWE has invested a lot in Lynch and Baszler. The match was penciled in for about a year and the program started at Survivor Series. After Baszler won a triple threat, that also included Bayley, the RAW Women’s Champion attacked the former MMA fighter. Lynch has been champion for almost an entire year, while Baszler has been nearly unstoppable in NXT. A few weeks ago, at the Elimination Chamber, she decimated the other competitors with a clean sweep.

Since WrestleMania 36 is being taped, WWE has plenty of time to decide what will close each night. 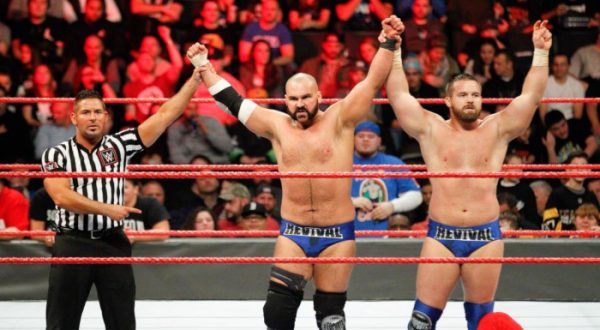 For over a year, The Revival have requested their WWE release. Not only were they turned down once, but several times by WWE. Now, at least one member of the team is somewhat getting his wish. Scott Dawson’s contract expired and he is no longer part of WWE. The same can not be said for his tag team partner, Dash Wilder. But, that will likely change soon enough. Wilder was injured and missed months of action, so WWE opted to freeze his contract.

Below are some recent tweets from Dawson, who seemed thrilled to be done with WWE.

Guys, relax. All my exes live in Texas, too. #FTR

I also have OCEAN FRONT PROPERTY in ARIZONA. #FTR

If you really think we want “creative control” over what we do, you’re a moron.

The general belief is The Revival will both be headed to All Elite Wrestling (AEW). While AEW has not directly stated this fact, they have made minor teases. Also, The Revival have been filing paperwork to copyright some new names. While WWE has been able to re-sign most of their talent to avoid them from joining AEW, that was not the case with Dawson and Wilder.

What Wrong With WWE And The Revival

In NXT, The Revival made history has the first two-time tag team champions. They put on some classic matches, including a two of three falls match against American Alpha at NXT Takeover Toronto. That 2016 match is considered by some the greatest tag match in NXT. They did find success on the main roster, winning the tag titles on three occasions; twice on RAW and once on SmackDown. But, they were not happy with WWE’s direction and refused to re-sign.