Recently Conor McGregor called on people to stay vigilant in the fight against the coronavirus, and now Israel Adesanya's delivered a similar message.

Israel Adesanya is one of the latest UFC stars to use their platform as a means to encourage people to stay strong in the ongoing effort to slow the coronavirus pandemic. 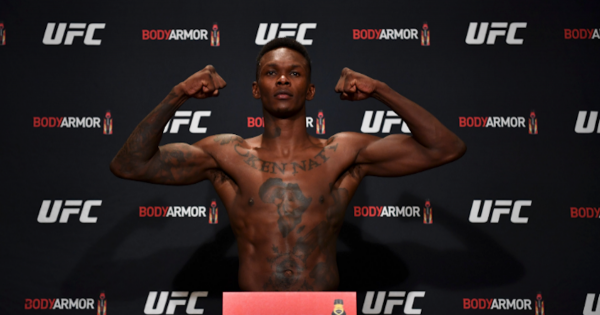 Adesanya shares out a video message

Recently Conor McGregor called on his fellow citizens to stay “vigilant” in the battle against the virus, and since then, Adesanya has also released a message to his supporters (quote via MMA Junkie).

“I’m not your (expletive) guru. I’m not nobody but the UFC champion. People carry some weight. Sometimes what I say makes the news. Stay strong because only the strong can survive this (expletive).”

The renowned striker is coming off a decision win over Yoel Romero earlier this month at UFC 248. The bout marked the first time Adesanya had defended the middleweight title, since he unified the belts in September by taking out Robert Whittaker.