Corey Anderson didn't get a title shot for his next bout, the ligth-heavyweight contender's reporting he's on better terms with the UFC, ahead of his bout today with Jan Blachowicz.

After cruising through Johnny Walker in November, Corey Anderson didn’t get tapped for a title shot like he wanted. But, as the light-heavyweight prepares to throw battle Jan Blachowicz at UFC Rio Rancho, Anderson believes he’s got the respect he wanted from the promotion. 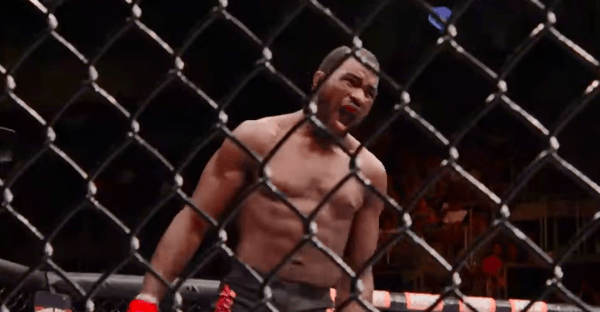 Anderson reports having a better relationship with the UFC

The former TUF winner has been pushing for a title shot for a little while now, but after Anderson put away Johnny Walker in November, he ratcheted up that demand. So much so, Anderson said he wanted to be released, if he didn’t get a fight with the champ, Jon Jones.

That didn’t happen, however, as Jones ended up fighting Dominick Reyes at UFC 247 last weekend. In the interim, Anderson was booked to fight Blachowicz tonight.

Well, despite all that going down, Anderson recently told MMA Fighting things between him and the UFC are much better now.

“I definitely think I’ve gained a little bit more respect and a better relationship,” Anderson said. “I don’t feel like they’re trying to dog me out. I think I should be ready to go for the title fight instead of fighting again but they put some respect on my name. They recognize me now.

“Like Dana [White] said, ‘Corey wanted to send a message and we got it, we know who Corey Anderson is now’.”

Since Jones ultimately and publicly called for a fight with Reyes, over Anderson, the writing was on the wall really, in terms of who was going to fight for the belt next. If Anderson had chose to hold-out, and wait for a title shot, his relationship with the UFC would have really bottomed out.

In recent years, the promotion has moved away from having contenders sit out for prolonged periods of time, waiting for a title shot. Title fights have much more buzz when the challenger is coming off a recent, memorable win.

So what if Anderson beats Blachowicz?

The question is, however, what if Anderson goes out and beats Blachowicz tonight? It sounds like Anderson and his team believe a title shot will be locked up.

“That’s why they set it up,” Anderson said. “That’s why my manager believes it was set up right after that fight. That’s why it was so fast. I definitely think they’re doing it so we both fought recently. It’s not like one fight is in January and the other fight is in June and now we’ve got to wait until the end of the year to fight.”

“We can get active right away. After this fight, we can get the contract [to face Jon Jones] signed.”

The thing is, what if the UFC wants to move forward with Jones – Reyes 2? On account of the controversial decision that was given Jones? Will the UFC let Anderson wait out to face the winner? And what if Reyes were to win the rematch? A rubber match could be tabled right?