While it may not be definitively clear whether Conor McGregor [1] remains the draw he was in say 2017 and 2016, it seems pretty obvious the polarizing star remains a pretty huge star. 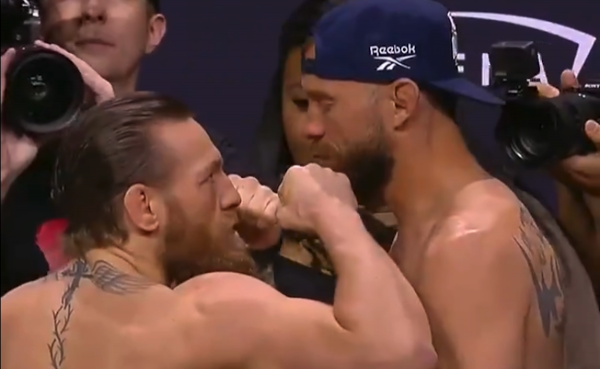 Leading up to UFC 246, and McGregor’s fight with Donald Cerrone, there was a lot of debate regarding his profile and if he remains the star he once was. Prior to his quick win over Cerrone, McGregor hadn’t won a fight since 2016, and since then he’s had several, highly publicized incidents. [2]

Well, according to a recent report from MMA Fighting [3], Disney CEO Robert Iger has reported that UFC 246 sold approximately 1 million, pay-per-view buys. Disney owns ESPN +, which is the streaming service that UFC PPVs are available on in the United States.

Now, in comparison to the biggest, UFC PPV events to date, 1 million buys isn’t that great, as there’s been over ten events now [4] that are believed to have sold that many or more. But, with this figure, UFC 246 set a promotional record for PPV sales on a streaming service.

The report also states that based off the figures that were disclosed, UFC 246 generated in $70 million in streaming revenue alone. Not too shabby. UFC 246 was hosted by T-Mobile Arena in Las Vegas on January 18th.

If you don’t know, UFC 229, which featured McGregor being submitted by Khabib Nurmagomedov in October, 2018, is believed to have sold 2,400,000 buys. That is believed to be the UFC’s top selling PPV card of all time.