Alistair Overeem [1] had a victory snatched from his grasp by a couple of late booming punches that he took from Jairzinho Rozenstruik last night. Not only that, the former Bellator, DREAM and K-1 champ incurred a vicious and horrific cut to his lip (warning: graphic images to follow). 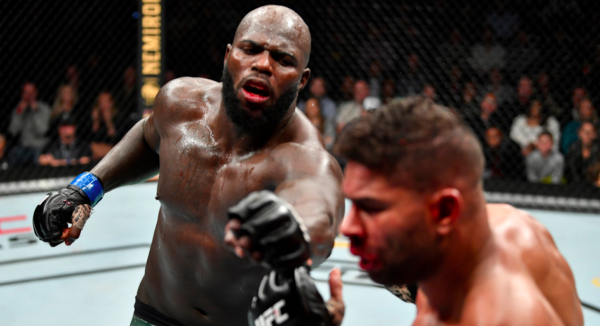 If you didn’t see the fight, Overeem wasn’t exactly cruising through Rozenstruik, but he did control much of the fight [2] with his clinch work and top game. Just when it appeared he was doing to leave DC with the victory, Rozenstruik sent him to the deck with a couple of vicious shots. As you can see below, Overeem’s lip was blown up by one of the strikes as well. 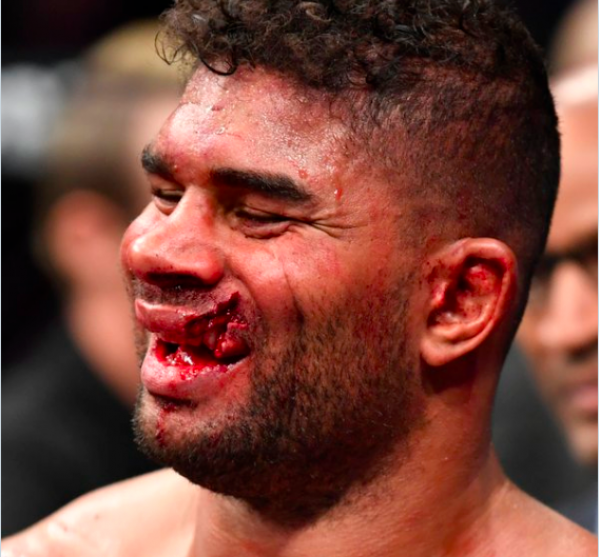 What’s next for Overeem?

It’s a tough loss for Overeem, as he was coming off back-to-back wins over Sergei Pavlovich and Alexey Oleinik. With this defeat, Overeem’s title shot run has been significantly set back. Further, it’s the third stoppage loss the “Reem” has taken in his last five fights. So, you would think he’ll be sidelined for some time.

Hopefully, the 39-year-old has a full and speedy recovery.

Rozenstruik, meanwhile, continues to make some serious waves in the UFC. The kickboxing veteran is 4-0 now in the UFC, and all four wins have come via stoppage.