Donald Cerrone [1] is booked to fight Conor McGregor [2] next month, in what will likely be one of the biggest fights of the UFC’s 2020 campaign. But, while “Cowboy” is about to face a massive star, on pay-per-view, Cerrone says he won’t be earning the kind of money people think. 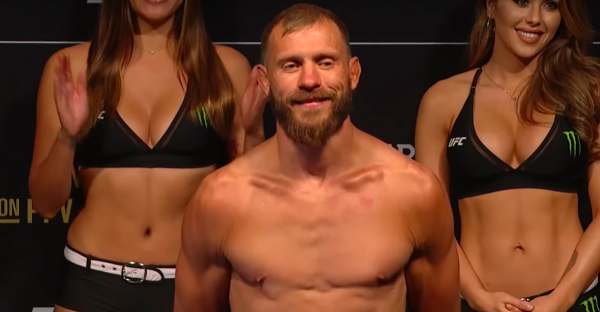 Cerrone discusses his next payday

After months of talk regarding who McGregor will fight next, not long ago it was announced he will battle Cerrone at UFC 246, January 18th. In recent years, as McGregor became one of the biggest stars in all of combat sports, a narrative formed his opponents also earn life-altering money. In fact, McGregor has made comments to that effect.

But, while talking to MMA Junkie [3] recently about his new UFC deal, and his next payday, Cerrone said this:

“I’m stoked,” Cerrone said. “My contract is good with the UFC anyway, but it’s not the money fight everyone thinks. It’s like, ‘Oh, you’re fighting Conor, you’re set for life.’ It doesn’t work like that. I did get a little bit more money, so that’s cool. But it’s not like I’m done and I can just retire after this and buy a yacht and see you guys in the Caribbean.”

If you’ve followed Cerrone the last year or so then the comments above may not come as a surprise. When talk about the possibility of Cerrone fighting McGregor materialized earlier this year, “Cowboy” said he wouldn’t make that much more money than he typically does. Many have speculated that could be due to how the UFC’s new pay-per-view deal with ESPN is structured. All that said, Cerrone will certainly earn a sum that would be massive by most people’s standards.

Cerrone doesn’t see his size being a factor

One of the interesting angles of the upcoming fight is that it’s being contested at 170. Since McGregor has fought as low as 145 before, and because Cerrone has competed at welterweight extensively, some have argued “Cowboy” will have the size advantage.

But, while talking about the decision to book the fight at 170, and how that will play out, Cerrone said this:

Ya. Hard to disagree with Cerrone here. It’s not like Cerrone was one of the bigger welterweights when he was competing in that weight class. Rewatch his fight with Darren Till as a reminder of that fact.