All of the scheduled bouts for UFC Sao Paulo [1] are still proceeding, but three fighters missed weight today for their respective fights. 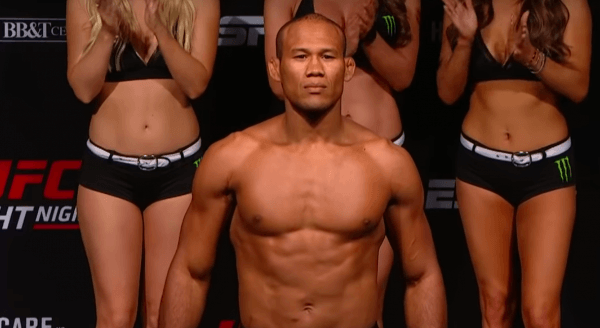 Saturday’s headliner will see longtime middleweight contender “Jacare” Souza move to light-heavyweight to face contender, Jan Blachowicz. Both veteran fighters came in at 205 for the contest.

Souza (26-7) will be looking to get back on track, following his decision loss to Jack Hermansson this past April.

Blachowicz (24-8), on the other hands, is looking to build on his emphatic, KO win over Luke Rockhold in July.

Here are the complete weigh-in results for Saturday’s card (via UFC.com [2]). As you can see, Isabella de Padua , Vanessa Melo and Tracy Cortez all came in heavy for their respective fights.

*Both Cortez and Melo missed the women’s bantamweight limit. They will not be fined and the bout proceeds as planned.

Update: the Comissao Atletica Brasileira de MMA (CABMMA) has announced that an issue with the scale was responsible for Melo and Cortez initially missing weight (they actually weighed 136).