Prior to UFC Sao Paulo, "Shogun" Rua reported it could be his final fight, and Paul Craig is still hoping to face the legend in his retirement bout.

Following UFC Sao Paulo it seems pretty clear “Shogun” Rua intends to fight at least one more time, and Paul Craig is hoping to run it back with the legend before he hangs up the gloves. 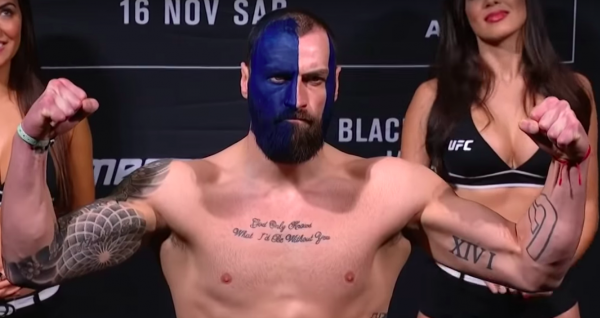 Prior to this past Saturday’s card, the 37-year-old Rua reported that he only plans to fight a couple more times. In addition, the Brazilian star said his fight with Craig could be the last of his storied career.

After their bout on Saturday was a ruled a split draw, however, Rua said he’d be down for a rematch. The former light-heavyweight champ called the decision “totally unfair”, and Rua gave no indication that his career could be done.

Well, following the bout, Craig also said he was on board with a rematch. In addition, the 31 year-old Scottish fighter had this to say about Rua and the possibility of facing him in his final bout (quotes via MMA Junkie):

“I didn’t tell the media that, but I had told my coaches that (before the fight),” Craig said. “What I said was – and you need to have a bit of confidence in this sport – I said I would love to be ‘Shogun’ Rua’s last fight. I would love for ‘Shogun’ Rua to take the gloves off and leave them in the center of the octagon after I had, obviously, got the victory.”

“Straight after the fight, I was very disappointed,” he said. “But after I had time reflect on it, to come to Brazil and fight the legend that is Rua in his home country and get a draw is a good result for me.”

“I did want him to retire, but I want that next fight,” he said. “I want that full fight camp. And if I don’t get ‘Shogun’ Rua, give me another Brazilian.”

So, it will be interesting to see what happens here. On one hand, a rematch seems like the obvious choice. The first bout was really close, and although Rua controlled the action in rounds two and three, Craig inflicted more damage.

The question is, however, whether the UFC wants to go this route. While Craig is a charismatic fighter and has scored some memorable wins, he’s not really a household name here in North America or Brazil. So, if Rua is thinking his next bout could be his last, or even his second last, the UFC might want to go with a bigger name.