The early weigh-ins are over in Moscow, ahead of the UFC’s latest card tomorrow, and all of the booked fights are proceeding. 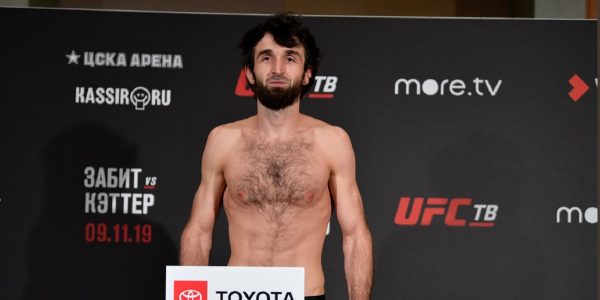 In the main event, Calvin Kattar (20-3) has been assigned the task of halting the impressive rise of Zabit Magomedsharipov [1] (17-1). To date, the latter has gone 5-0 and in his last bout this past March, he defeated Jeremy Stephens by decision.

Kattar has also been making waves in the promotion’s featherweight division, as he’s gone 4-1. In his last outing, this past June, he took out longtime contender, Ricardo Lamas.

Both fighters came in at 146 for the contest.

Here are the complete weigh-in results (via MMA Junkie [2]) for UFC Moscow [3]. Saturday’s event will be hosted by the CSKA Arena.