The UFC is headed to Busan, South Korea next month for a December 21st event, and now the card’s official poster has been released. 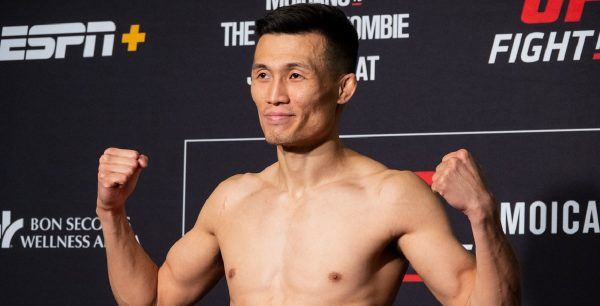 If you’re a hardcore fan, chances are the headliner for UFC Busan is on your must-see list, as it will feature Brian Ortega [1] taking on fellow featherweight contender, Chan Sung Jung [2].

Ortega (14-1) will be competing for the first time since he was stopped by featherweight king Max Holloway in December, 2018.

Jung (15-5), meanwhile, is coming off  a quick stoppage win over Renato “Moicano” in June.

You can check out the official poster below. 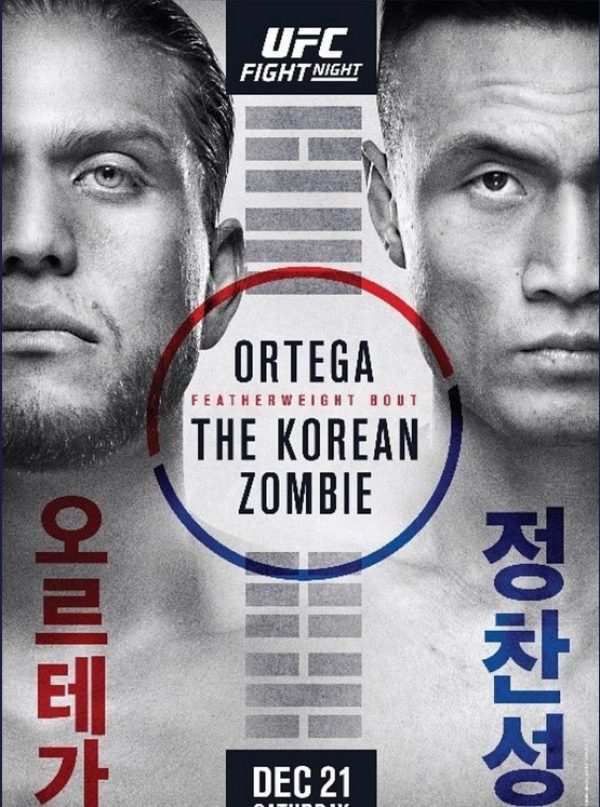