For the first time in over ten years last night, Ross Pearson [1]competed in a MMA bout not in the Octagon, and unfortunately for the rugged vet, he’s making headlines for all the wrong reasons. 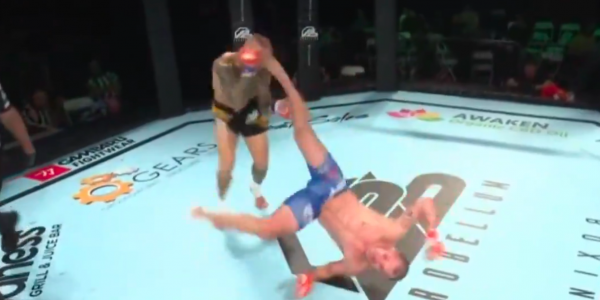 Pearson faced Davy Gallon at a Probellum event in London, England, and as you can see by watching the clip below, the latter finished the fight with a perfectly placed, rolling kick.

Davy Gallon KOs Ross Pearson with a ROLLING THUNDER in R3 at Probellum 1 in London. OH MY GOD #Probellum1 [2] pic.twitter.com/Uza57ScMmH [3]

The crushing loss follows Pearson’s exit from the UFC, which came this past March, following a stoppage loss to Desmond Green. The 35-year-old Pearson has now lost 8 of his last 10 fights. The vet’s record now stands at 20-17.