Social media is being flooded with memes reminding us about Jeffrey Epstein's suspicious death. Here are some of the best memes.

Jeffrey Epstein’s headline-grabbing case had the potential to take down many powerful people, including Bill Clinton and Prince Andrew. When Epstein unexpectedly died in prison while awaiting trial this summer, so did his case. Thus opening the door for many influential individuals to skate on troubling charges ranging from pedophilia to human trafficking. While Epstein’s case may be dead, the suspicious nature of his death gave rise to a flood of imaginative memes.

Reports that Jeffrey Epstein committed suicide while in a maximum security prison appeared to be incredibly suspicious.

The internet is full of intrigue and rumors surrounding the suspicious deaths of individuals with alleged dirt on Bill or Hillary Clinton. The suspicion goes back decades.

These suspicious deaths have happened so frequently now that people who typically don’t subscribe to conspiracy theories are even questioning Epstein’s death.

This little photoshop number is making the rounds. But let’s look at some of the more creative memes taking the internet by storm. 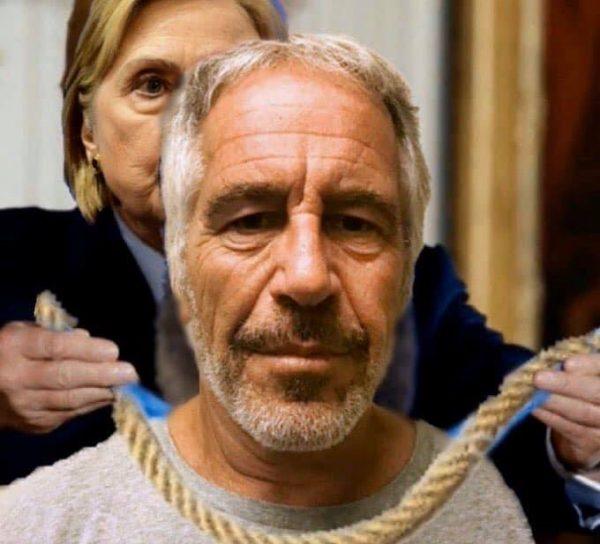 So far, social media users have refused to let Epstein’s case die along with him.

Facebook and other platforms have been flooded for months with memes that remind us that Jeffrey Epstein’s death was incredibly suspicious.

As time passes, usually people move onto another topic, but time has only made these memes more prevalent.

Expect the memes to keep coming after today’s release of a leaked video (below) of ABC News reporter Amy Robach complaining that she had the Epstein case ready for primetime news in 2016 before it was squashed by network brass.

That was during the 2016 election and perhaps the network news wanted to tidy this up for Hillary Clinton by squashing the story.

Posted by Definitely Not Liberty Memes on Friday, November 1, 2019

This is the same network that recently used video from a gun range in Kentucky claiming it was “slaughter in Syria” which they blamed on President Trump.

Expect more memes to be spurred by this latest report of ABC News squashing the Epstein story during the 2016 presidential election. So far, these memes have been incredibly creative.

The one below might be one of my favorites. It’s a Dear Abby letter from Hillary Clinton.

Posted by Definitely Not Liberty Memes on Friday, October 25, 2019

The memes have been incredibly creative. They are so comical that people are willing to share them and keep Epstein’s suspicious death in the forefront of our minds.

Posted by Definitely Not Liberty Memes on Monday, October 28, 2019

Scooby Doo and his friends also have appeared in memes attempting to solve the case. But, they end up experiencing trouble like many people with dirt on the Clintons.

This doesn’t appear to be a puzzle that is that hard to solve.

Posted by Definitely Not Liberty Memes on Sunday, November 3, 2019

And with our final puzzle – just in time for Christmas – Ralphie is back in action with his decoder ring: 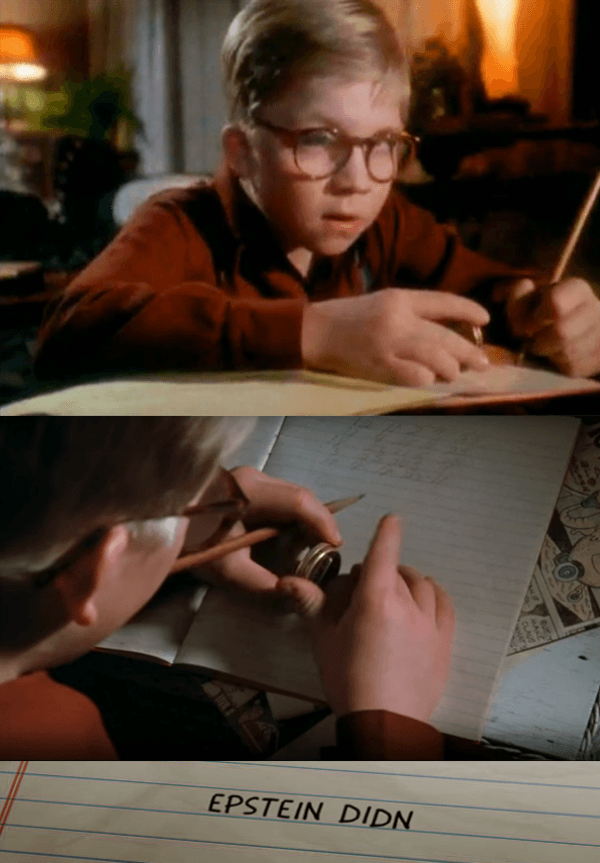 A Fox News guest even got in on the act by bringing up Jeffrey Epstein’s death not being a suicide at the end of an interview which you can see below.


People are getting the message out at stores as well.

Posted by Definitely Not Liberty Memes on Sunday, November 3, 2019

Posted by Definitely Not Liberty Memes on Tuesday, October 29, 2019

Don’t forget the first video to ever appear on MTV, “Video Killed The Radio Star.”

Posted by Definitely Not Liberty Memes on Thursday, October 31, 2019

Here are some more for honorable mention.

Posted by Definitely Not Liberty Memes on Wednesday, October 30, 2019

Posted by Definitely Not Liberty Memes on Monday, November 4, 2019

At the end of the day, it’s important that in today’s society we all remain aware and vigilant in educating ourselves given the internet is a hotbed of conspiracy theories and fake news. In the infamous words of NBC’s popular PSA, “the more you know”. Stay aware friends!

An Epstein meme a day keeps the Clinton’s away #lookintoit pic.twitter.com/RbP6n1NcSQ

Read next: Liberals Outraged As Sean Spicer Thrives On ‘Dancing With The Stars’