Jorge Masvidal set a new UFC record this past summer by knocking out Ben Askren in just five seconds [1]. Well, while Jon King didn’t score that fast of a KO at GLORY 72, he did set a new promotional record. 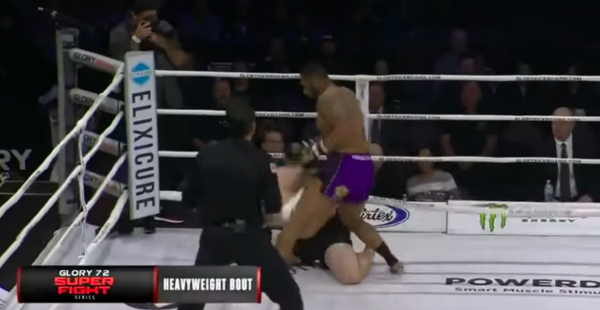 As you can see by watching the clip below, King came out and put Matlon away with a couple of booming rights…and he needed just 10 seconds to do so.

Here are the complete results for GLORY 72, which saw Petchpanomrung Kiatmookao retain the featherweight title, via a majority draw with Kevin VanNostrand (results via Combat Press [2]).