Canelo Alvarez Has No Interest In Facing MMA Fighter 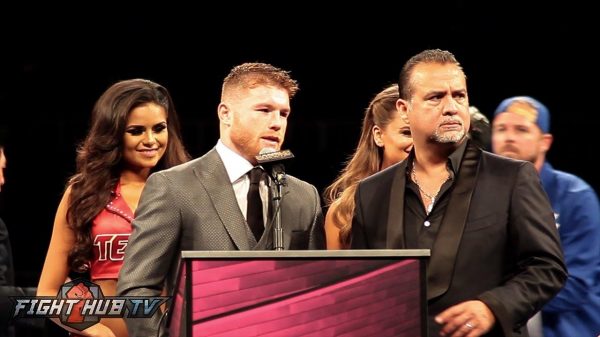 Boxing world champion Canelo Alvarez [1] sees enough challengers lined up in front of him in the world of boxing. He doesn’t need someone from MMA coming over to challenge him.

Alvarez was asked recently about the callout from Jorge Masvidal, and the superstar told Little Giant Boxing [2] that he is not interested.

“With all due respect, I always felt that I have nothing to do in an MMA cage,” Alvarez said (thanks to MMA Fighting [3] for the quotes). “I think the same if they get into a boxing ring. They have nothing to do. But from a business standpoint, yes it’s something attractive but it is not a challenge for me therefore it is not my priority.”

Alvarez added that the only reason fighters such as Masvidal are calling out boxing champion is “because of money.”

He did offer his appreciation for what MMA fighters do, saying “They’re great fighters, but boxing is a different thing.”

Carlos Condit Injured, Out Of UFC On ESPN 7

An injury to former interim UFC welterweight champion Carlos Condit has resulted in the promotion removing Mickey Gall from UFC on ESPN 7.

The two were set to square off on December 7 from Capital One Arena in Washington, D.C. However, Condit suffered an eye injury and there is not enough time to find a suitable replacement.

Gall, 6-2 overall with five of his career wins coming inside the Octagon, was looking to continue the momentum he built from an August victory over Salim Touahri. Condit has not fought since late in 2018 when he suffered a fifth consecutive loss to Michael Chiesa via submission.

MMAjunkie [4]was first to report Gall’s removal from the card.

UFC on ESPN 7 features Alistair Overeem vs. Jairzinho Rozenstruik in the main event along with Cynthia Calvillo vs. Marina Rodriguez, Ben Rothwell vs. Stefan Struve and Yana Kunitskaya vs. Aspen Ladd.