The WWE is trying to turn wrestling entertainment into a real sport. However, backstage morale remains low on Raw and SmackDown.

The WWE is trying to make wrestling entertainment into a real sport, mainly due to the wishes of Fox Network. In other news, low backstage moral remains a problem on Raw and SmackDown. 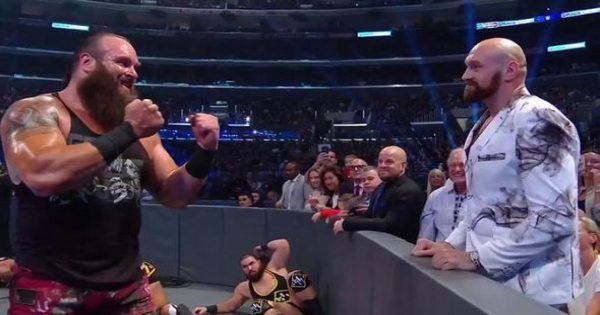 Even though wrestling fans already see WWE as a genuine sport, not everyone does. It seems like World Wrestling Entertainment is now trying to change that with a new strategy.

The company regularly brings in people from MMA and boxing to make wrestling look like genuine sports. In the past,  they recruited Mike Tyson for a feud at WrestleMania. More recently, they acquired “The Gypsy King” Tyson Fury.

Another way the WWE uses to make wrestling into a genuine sport is copying the tactics of the MMA.

“That’s the thing they’re trying to copy real sport. They’ve been doing this in UFC now where they’ll have like a sideline reporter and interview the cornermen and things like that which I think is so annoying, but that’s the new thing that they do. So that’s what they were trying to copy, that sports thing and usually they don’t have managers so usually they don’t have a chance to do that here, but with Flair at ringside. Yeah, to hear Flair interviewed while the match is going on that was quite something.” 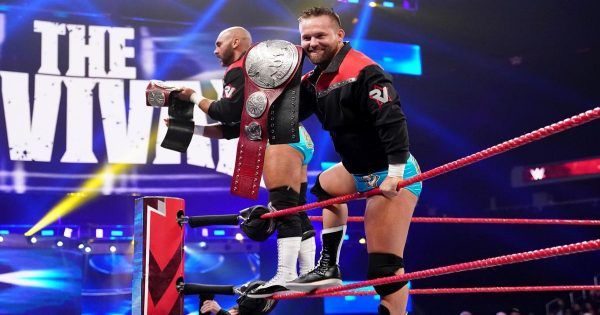 It appears that backstage morale on Raw and Smackdown has not improved with the new executive directors Paul Heyman and Bruce Prichard. Bryan Alvarez from WrestlingNews reports that more releases are set to happen in the nearby future. Evidently, this has affected the moral backstage.

Despite the fact of making an amazing deal with Fox Network, the network has been heavily involved in the decisions made on SmackDown. On the other hand, Raw and Smackdown also have new managers, which were supposed to bring in more viewers. Unfortunately, fans are not finding their way back to WWE just yet.

Because of the clear problems in the WWE and the sword of Damocles hanging above wrestler’s heads, it is no surprise that many wrestlers are not happily going into work. Unless you are on top of the wrestling list, your job is not safe.

Many people have speculated about the potential causes of the problems within the WWE. While most wrestlers who left the company have remained silent, Dean Ambrose and Batista have not been that quiet about the situation.

Dean Ambrose, now known under the name Jon Moxley at AEW, stated that Vince McMahon is the problem that plagues the WWE in previous interviews. He stated that McMahon has a habit of ripping up TV script on the day of Raw and SmackDown, leaving wrestlers with very little direction and last-minute changes that are difficult to work with.

Batista stated that the creative process in the company is a genuine nightmare. He has worked with the company sporadically over the years, so he might have a more neutral view than most wrestlers currently working for the company.