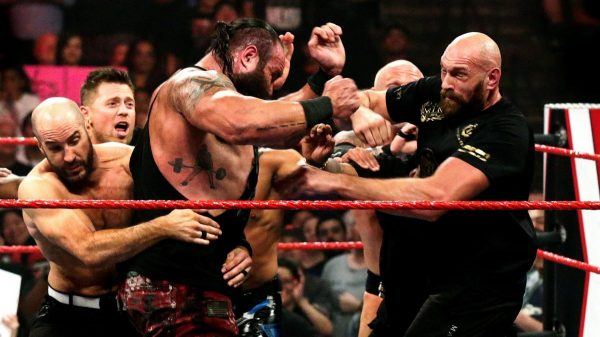 WWE likes to do cross-promotion and with their new Fox deal, we already have our first match booked. At Crown Jewel Heavyweight Boxing Champion Tyson Fury will take on WWE’s Braun Strowman [1].

During the Wrestling Observer Radio [2], Dave Meltzer discussed how this is not the first time Fury tried to work with WWE. Meltzer spoke with Triple H in Las Vegas as part of media day for Crown Jewel, where the “The Game” revealed that Fury approached the WWE in the past.

“Several years ago, Tyson Fury approached them and I don’t know what happened,” said Meltzer. “It just didn’t work out. Then very recently they approached Tyson Fury.”

While we do not know why plans went south last time, this time around involves the country of Saudi Arabia. WWE has a 10 year deal with Saudi Arabia, which will see them produce two shows from that country per year.

While WWE books their own shows, the Saudi Arabian government has a major say in who appears at their events. So, if the Prince of Saudi Saudi Arabia wanted Fury to compete, WWE would make it happen. Plus, WWE makes around $40 million for each overseas show; so, money is not a factor.

The belief is Fury will be one and done with WWE after Crown Jewel as he readjusts his attention to being the top draw in boxing’s heavyweight division. As of now, the match is billed as a singles bout, but WWE could also add a boxing theme. One thing is for sure, Fury appearing will bring WWE plenty of media attention.

Crown Jewel is October 31 and comes from the King Fahd International Stadium in Riyadh. The only other matches confirmed are Team Hogan vs. Team Flair and WWE Champion Brock Lesnar vs. Cain Velasquez [3]. 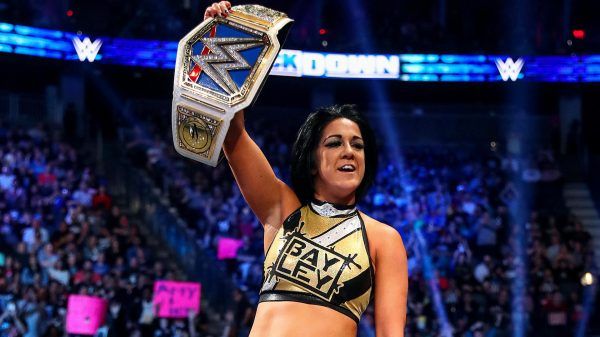 Bayley has always been a fan favorite, until the past few weeks by turning heel. She solidified her new attitude on Friday’s SmackDown [4], sporting a new look before she stabbed the wacky waving inflatable arm flailing tube men and later captured the SmackDown Women’s Championship. She recently dropped the title last weekend to Charlotte Flair at Hell in a Cell [5].

At yesterdays live event, Bayley debuted a new ring entrance. The colorful tube men are gone and there is now heavier music, compared to the previous upbeat sound. As of now, Bayley’s new entrance does not have a video package to match.

Here is a look at Bayley’s new entrance from the Texas live event.

Here is an a second video of Bayley’s “heel” entrance from #WWEOdessa [6] (much better quality) pic.twitter.com/dd6pZpITD1 [7]