Hold on to your plastic straws because a childhood classic is next on the prohibition hit list for liberal lawmakers and their activist friends. Lawmakers high on their success from the plastic straw ban are now looking to institute sweeping balloon bans. 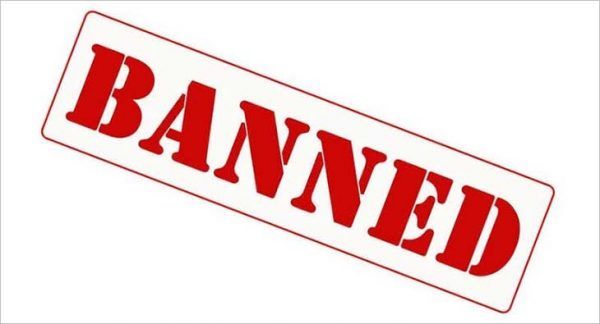 Lawmakers in historically BLUE Massachusetts are considering a bill to ban the “sale, distribution and release of any type of balloon, including, but not limited to, plastic, latex or mylar, filled with any type of lighter than air gas, both for public or private use.”

And, apparently, banning balloons has long been on environmentalists [1] roster of things to ban.

“Balloons that are released into the air don’t just go away, they either get snagged on something such as tree branches or electrical wires, deflate and make their way back down, or rise until they pop and fall back to Earth where they can create a lot of problems,” says the National Oceanic and Atmospheric Administration on their blog [2].

“Many balloons that are not properly disposed of end up in the ocean and along shores, becoming marine debris. … Balloons can be mistaken for food, and if eaten and ingested, balloons and other marine debris can lead to loss of nutrition, internal injury, starvation and death. String or ribbon that is often found attached to balloons can cause entanglement. String can wrap around marine life causing injury, illness and suffocation.”

And, as with plastic straw bans, sea turtles make an appearance in the call for balloon bans.

“Sea turtles are at special risk because the balloons’ form, shiny Mylar material and vibrant colors of rubber and latex resemble their favorite food — jellyfish — when floating in the water. Balloons may clog a turtle’s digestive system, leaving the animal to starve to death.”

Of course, proper balloon [3] disposal is something that we all should care about. But is eliminating balloons from celebrations, etc. the way to go?

Is a balloon BAN necessary?

There’s a difference between public awareness of plastic consumption and governments enforcing a ban. Even the kid who spearheaded the plastic straw ban in Vermont doesn’t think bans are a great idea.

In an interview, Milo Cress — the child who advocated against plastic straws starting at age nine — says he’s not sure bans are the way to go.

“If people are forced not to use straws, then they won’t necessarily see that it’s for the environment,” he said [5]. “They’ll just think it’s just another inconvenience imposed on them by government.”

And while Cress’ plastic straw numbers are highly questionable [6], he’s right on that.

Knowledge and awareness about what plastics do to the environment is a good thing.

However, if Massachusetts bans balloons, it will make even the most sympathetic feel it’s government intrusion. And it will harden those who might be sympathetic about choosing to dispose their balloons properly.

At least five states – California, Connecticut, Florida, Tennessee, and Virginia – have already banned the mass release of balloons and others have bills to set the numbers that can be released.

But Massachusetts is talking about banning the sale of balloons, no matter the proposed use. Imagine a future with no balloons adorning birthday parties, weddings, graduations … the list goes on.

But, then, that’s what everyone said about plastic straws. And, here we are. Major American cities currently ban them.

(RELATED: People Were Asked If We Should Ban Straws… Their Answers Are So Embarrassing) [7]

If balloons are soon to follow straws, it’s no longer the Germans who need “99 luftballons [8]” to represent hope and happiness in the future.