It looks like 2019 will finish withhout Cody Garbrandt fighting again, but recently the former UFC champ provided an update on his injuries and his hopes for 2020.

The last three years of Cody Garbrandt’s career have definitely not gone according to plan for “No Love”. But, the UFC’s former bantamweight champ is reporting his Octagon return is nearing and that he intends to make another title run. 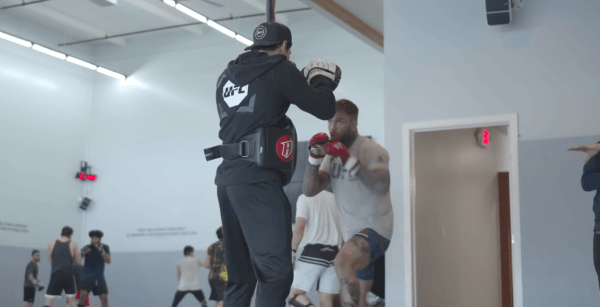 This time two years ago, Garbrandt was sitting atop of the UFC’s 135 division and was widely considered to be one of the sport’s fastest rising stars. As Garbrandt prepared for his bout with T.J. Dillashaw at UFC 217 in November, 2017, he had never been defeated in pro-MMA. In addition, Garbrandt had taken the belt from Dominick Cruz – one of the greatest bantamweights of all time – in December, 2016.

But, Garbrandt was stopped by Dillashaw at UFC 217, and in the rematch at UFC 227 in August, 2018, he was so again. The Team Alpha Male fighter returned to action this past March, but Garbrandt was taken out by Pedro Munhoz.

Garbrandt provides an update on his injuries

Not only has Garbrandt’s career been setback by the losses, but he’s also been dealing with a lot of injuries. While talking to the media recently, however, “No Love” reported this (quotes via MMA Mania).

”You guys will see me soon, very soon,” Garbrandt said. “Almost cleared from my injuries, I tore another tendon, that’s two tendons since last March. So hopefully by March or before if my body and mind are feeling up to it. I’m excited to get back in, I cannot wait, I miss it.”

”You really don’t get to understand, love, and respect something until it’s gone,” he continued. “And it’s been temporarily gone for me from injuries. Losses I can deal with, but injuries … it takes a little bit. The healing process and being healthy are two different things. For me to be healthy in 2020, I’m excited for that year and what it brings. The challenges and the adversaries that I have. The road back to the top.”

It will be interesting to see who Garbrandt faces in his next fight and how he looks. Although Garbrandt has lost three straight, some have argued the sting in his losses to Dillashaw have been reduced somewhat, on account of the latter’s USADA flag.

Even if you don’t buy into that line of thinking, Garbrandt is only 28-year’s old, and he did defeat Cruz not that long ago. So, in other words, no one should be closing the book on Garbrandt being a top contender at 135 yet.