Not only did Tristan Connelly thrill the Vancouver crowd on Saturday by defeating Michel Pereira, the newcomer collected an extra $100k, and his reaction to the news was pretty awesome. 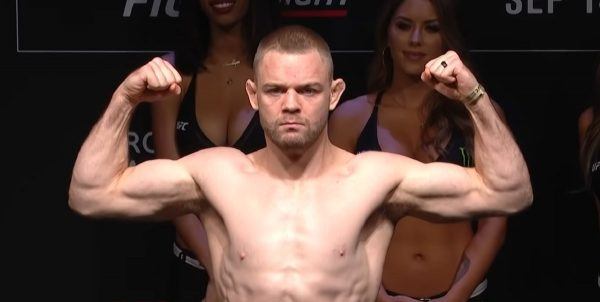 If you don’t follow regional Canadian MMA, then Connelly was likely a new name for you before Saturday night. The British Columbia fighter was tapped on just five days notice to fight Michel Pereira at UFC Vancouver. [1]Not only that, Connelly is a lightweight, and Pereira is a welterweight…and a big one at that (see below).

The “Fight of the Night Bonus”

Well, if you watched the card Saturday, you know that Connelly buzzed the Vancouver audience big time, by working his way to a decision win over Pereira. The latter came out with high flying, acrobatic techniques, but Pereira – who missed weight for the fight – gassed and Connelly took over.

Since the Brazilian missed weight, he was ineligible to receive any type of bonus. The thrilling fight won “Fight of the Night” honors, and thus, Connelly took home an extra $100K. You can check out his reaction below.

Here’s Tristan Connelly’s reaction when he found out he was getting a $100K bonus for his win after accepting this fight on five days notice #UFCVancouver [2] pic.twitter.com/6tgwZieAvL [5]

It was a great story, especially when you consider the 33-year-old Connelly lost three of his first five, pro-bouts. The Canadian kept training, however, and here is armed with a 14-6 record and a spot on the UFC roster.