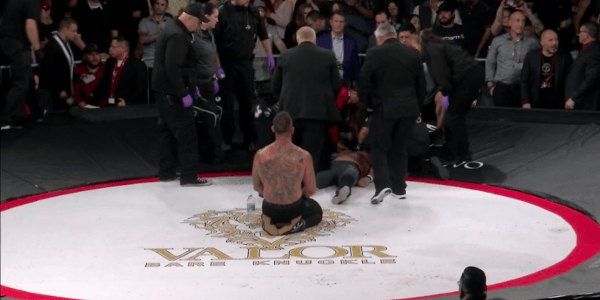 As you can see by watching the clip below, Mark Godbeer brutally knocked out fellow UFC vet Jack May with a booming right hand. The bout served as an opening tilt in the night’s heavyweight tourney.

Godbeer, who went 2-2 during his run with the UFC, advanced to face “Mighty Mo” Siliga in the finals of the heavyweight tourney. The British heavyweight won that bout as well.

He defeats the tough as nails, @MouSiliga [6] in the main event!

Thanks for joining us tonight!

What did you think?

Siliga had defeated Rameau Thierry Sokoudjou by TKO in the semifinals.