Glover Teixeira’s [1] run as a light-heavyweight contender still hasn’t ended, as the soon to be 40-year-old fighter got by Nikita Krylov tonight at UFC Vancouver. 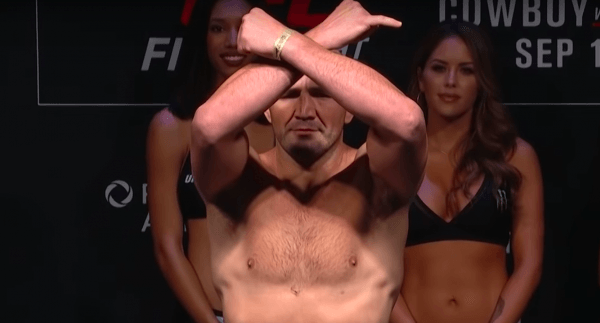 Krylov came out firing kicks, Teixeira proceeded to catch one and turned into a single-leg, takedown. Teixeira tossed in punches rom above while working from half guard, and then he took Krylov’s back as he tried to bump up-and-out. Teixeira landed some punches from above, but Krylov shook him off and moved into mount. Teixeira rolled out, but Krylov quickly moved into a rear-naked-choke that had Teixeira wincing. The latter defended, however, and the fight resumed on its feet. Both men winged some heavy punches before the round ended.

Krylov nearly had another kick caught shortly into round two. Teixeira pressed forward while Krylov moved horizontally and looked to counter. Teixeira scored with a couple of nice hooks, and tried for a takedown, but Krylov defended. Teixeira came with a heavy right and then went to the body, and Krylov fired back with a body kick. Teixeira started to protest Krylov’s constant, lateral movement, before planting a hard body kick. Krylov scored with a nice combo at the four-minute mark, and Teixeira proceeded to clinch up. Krylov proceeded to take Teixeira down, shortly before the second frame ended.

Teixeira continued to press forward in round three, and as Krylov moved in, he dropped down into a guillotine choke. Krylov winced but eventually worked his head out. Teixeira proceeded to take the top position in the ensuing scramble, and landed some shots from the top. As Krylov tried to work his way out, Teixeira rolled into an armbar, but the Ukranian fighter defended. The action returned to standing, with Krylov pressing Teixeira against the fence. Krylov took Teixeira down again, but found himself defending another guillotine choke attempt. Krylov worked his head out and fired in some punches from above. Teixeira nicely rolled out, however, and finished the round on top. Great fight.

After the bout, two of three judges awarded the fight in Teixeira’s favor, extending his winning streak to three.

Here are the results so far for UFC Vancouver, which is taking place at Rogers Arena.