Yair Rodriguez versus Jeremy Stephens was likely on most fans, must-see lists, but the highly anticipated fight ended quickly in very unfortunate circumstances.

UFC Mexico City’s main event had a ton of buzz heading into it, but the fight between Yair Rodriguez and Jeremy Stephens ended in an awful manner, just moments in. 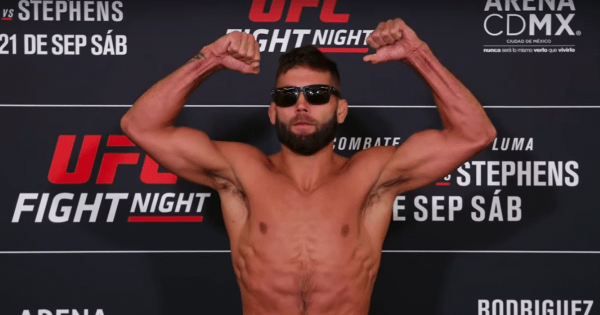 Rodriguez came out firing a couple of kicks, but then Stephens took a poke to the eye moments in. Stephens was having considerable issues with his left eye, and after five minutes, “Lil’ Heathen” was unable to open his left eye. The fight was called. Some fans started throwing cups into the Octagon in protest and Stephens had to be escorted out of the arena.

What a terrible result.

Here are the complete results for UFC Mexico City.