UFC Hall of Famer and recently-unretired fighter Urijah Faber strongly believes that the time is right for the inaugural Kinektic submission grappling tournament.

The event takes place this Friday from Anaheim, California and airs live on UFC Fight Pass. from the Anaheim Business Expo Center. It will go down a day before UFC 241, which is also set for Anaheim and the Honda Center. Related: UFC Sacramento Recap: Urijah Faber Wins In Return [1] 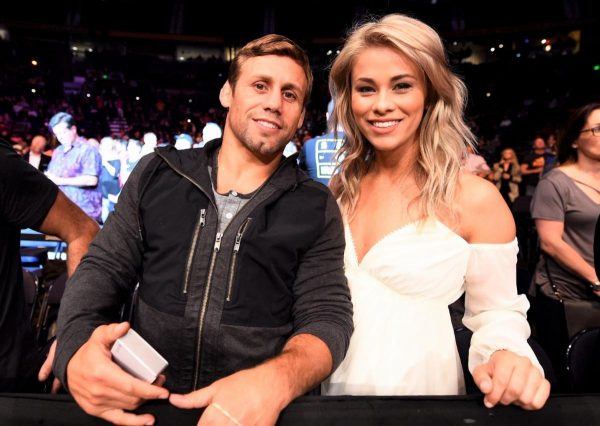 Faber, who also serves as Kinektic’s Vice President of Business Development, will be the mat-side and backstage interviewer. Joining Faber will be UFC women’s flyweight Paige VanZant [2], who is the lead color commentator, and play-by-play announcer Wheelock. Related: Paige VanZant’s Instagram Account Is Fire [2]

“We’re bringing unity to the grappling world,” Faber said. “There have been other grappling organizations, but we’ve made some twits to get the top talent in the world, and that makes us unique. We’ve absolutely put it all together with great grapplers, coaches and announcers to showcase this great product. There have been a lot of grappling tournaments, but we’re getting the public interested, entertainment-side, like never before.

“They’ve been others, but Kineckic is unique because of our relationship with UFC, streaming on Fight Pass, my connections all over the world and Keith Veltre’s experience promoting makes it a great combination. The world is ready for Kineckic.”

Chael Sonnen Among Those To Lead Teams

Former Strikeforce champion Jake Shields has been forced to withdraw from competition due to injury. He has been replaced by former ADCC World and IBJJF Nogi World champion Gordon “The King” Ryan, who has joined Jones as a grappler on Team BJJ Fanatics, along with ADCC Trials bronze medalist Nicky Rodriguez, IBJJF World Champion Edwin Najmi, and ADCC Asia and Oceania gold medalist Lachlan Giles.

BJJ Fanatics vs. Lights Out Urban Achievers and Team SUG vs. Team Lionheart are the semifinals matchups with the winners meeting on the same night in the championship final.

The one-night Kinektic tournament consists of bouts with eight-minute time limits. Losers of the semifinal matches are eliminated; draws result in the elimination of both athletes; and the first cve team with five members eliminated will be out of the competition. The surviving team will be declared the winner.

A feature unique to Kinektic Grappling is that the order in which athletes compete is not predetermined. There are thirty seconds between each bout and each team captain will be responsible for strategically deciding which team member will participate next. All members of each team must compete at least once.